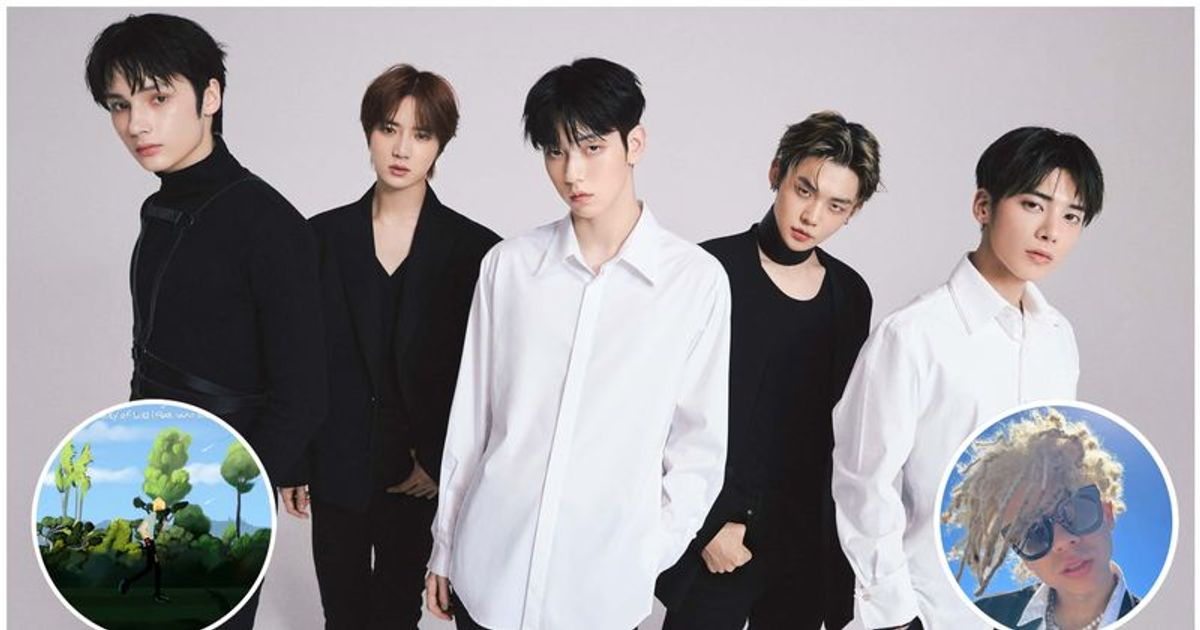 TXT announces a collaboration with American singer Iann Dior as they will release an official version of his unreleased single “Valley of Lies”.

TXT aka Tomorrow X Together by Big Hit Music is making a big name for itself in the fourth generation of K-pop. After being dubbed fourth-generation leaders, the boy band is slowly taking over the international K-pop scene, just like their elders aka BTS. TXT is already doing well internationally and if their first world tour doesn’t prove it, the boy band will soon be collaborating with another American artist.

On July 11, TXT announced a collaboration with singer iann dior (Iann Dior), who is a Billboard Hot 100 artist who has been certified multi-platinum in recent years. Following their viral collaboration with Salen Ilese titled “PS5” which featured members Yeonjun and Taehyun, TXT will now release their second official international community single “Valley of Lies”. Big Hit Music announced that TXT will release “Valley of Lies” with Dior on July 22nd.

The song is an unreleased single unofficially released via Dior’s YouTube channel in June 2022. Fans have already spotted the unreleased track online and started imagining TXT’s outstanding vocals with the song set to be released in the coming days. The title of the song “Valley of Lies” piques fans’ curiosity as the cover of the single features a boy walking out of the valley and moving forward. Fans are getting curious about TXT’s upcoming collaboration as the boys always hit the park with their amazing dancing skills and consistent singing and rapping.

In recent years, TXT has established itself as an artist representing GenZ with its on-trend tunes, heartfelt lyrics that evoke sympathy, and energetic performances. TXT will now be collaborating with Iann Dior, who was featured on 24K Golden’s single “Mood,” which was released in 2020 and topped the Billboard Hot 100 singles chart. TXT have also made their mark on various Billboard charts, including the Billboard 200, which they recently hit #4 with their fourth mini-album, minisode 2: Thursday’s Child, released in May 2022, and then for #7 stayed in the charts for consecutive weeks, showing the boy band’s longevity in international charts.

Now that the single is set to be released in the coming weeks, fans have been playing the unreleased version of Iann and sharing their feelings about it as they await the release of the official single. One fan said, “The unreleased Valley of Lies official audio is giving off so much Beomgyu vibes I’m so excited.” Another fan said, “I’m listening to unreleased Valley of Lies audio right now and it sounds so good, omg.” Another fan said, “Imagine the possibilities of this song… make travel/nature edits with it, show off your old memories, etc. Take me here.”

One fan joked, “Guys txt will be releasing a collab single titled ‘Valley of Lies’ on July 22nd, please help stream so TXT can buy new socks.” One fan explained, “We’re covering the release of Valley of Lies as CB we will make it as successful as possible so mark your calendar “VALLEY OF LIES” on July 22nd!” One fan said: “The unreleased official audio on Yt of Iann Dior’s Valley of Lies sounds so good that it’s definitely radio friendly and I can’t wait to see how txt will contribute to that.” Another fan said, “I just listened to it in full, I really like it, it would be great to see the sweet vocals of the add child, txt.”