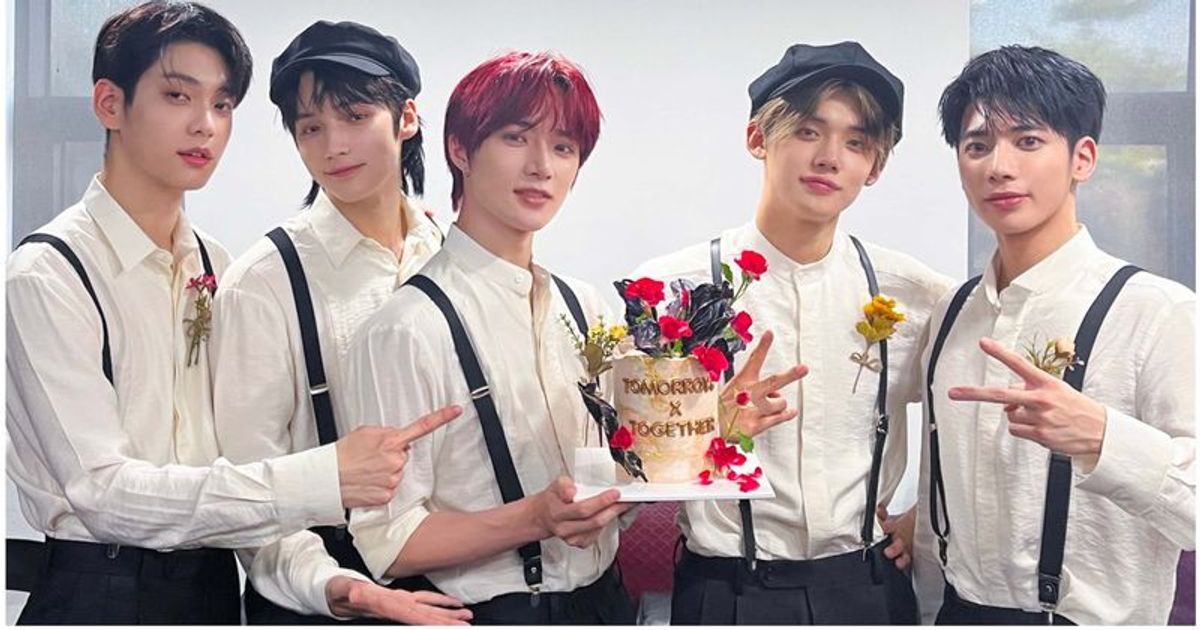 “Good Boy Gone Bad” singers and members of big-hit boy band TXT have set record after record with their latest comeback. K-pop albums are known for selling the most in their first week of release, and TXT’s new record has propelled them into the top 5 in Hanteo chart history, which in itself is a phenomenal record. TXT released their 2022 mini-album titled minisode 2: Thursday’s Child on May 8 after keeping fans in anticipation for weeks.

Shortly after the album’s release, the boy band recorded first day post-release sales of 918,413 copies. On the second day, TXT’s sales continued to increase as they recorded a total sale of 1,072,854 copies for the mini-album. This gave the boy band a new record as they became the second fastest million-selling artist in Hanteo history, with their album exceeding 1 million sales. Debuting in 2019, TXT is now the fastest boy band to break first-week sales record within three years of their debut.

With so many new records, TXT has now broken a new sales record with “Minisode 2: Thursday’s Child”. On May 16, it was announced that TXT’s new mini-album sold a total of 1,248,370 copies in its first week of release, also topping the Hanteo Chart weekly album chart. This record made TXT’s EP the 8th best-selling album in K-pop Initial Chodong history (first week sales). Not only that, this record also made TXT the fourth K-pop act in Hanteo chart history to set the highest first-week sales record.

These records have fans dubbing the boy band “Leaders of the Fourth Generation” as TXT is now the fastest boy band to hit 1 million sales so soon after their debut. This also proves that TXT not only surpassed their contemporaries but also many second and third generation K-pop acts. After the likes of BTS, NCT Dream and Seventeen, TXT is now the fourth best-selling K-pop act in the history of the genre with the new album wowing fans. Not only that, the mini-album is TXT’s best-selling album to date, marking a very big leap since their 2021 album The Chaos Chapter: FREEZE, which sold 630,563 copies in its first week of release.