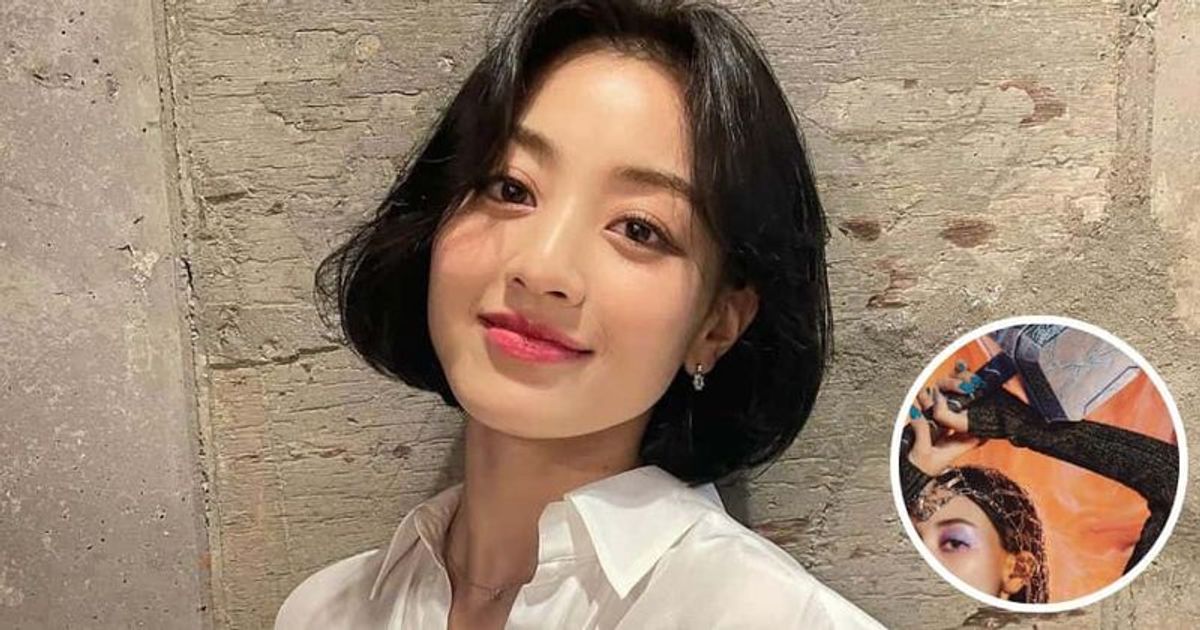 To celebrate the release of Marvel’s Thor: Love and Thunder, Jihyo is channeling her inner superhero for her next magazine cover

While TWICE is one of K-pop’s most veteran groups, fans have often been surprised to learn that the members have not had solo careers. Leader Jihyo herself said that they would initially concentrate on the group and would not be traveling alone for the time being. For those members who wanted to experiment with their own colors, TWICE introduced the “Melody Project” in which the girls released their own song and dance covers. But it looks like 2022 is finally the year of the girls going solo, as we got Nayeon’s debut album and Jihyo is channeling her inner Thor.

First, we had Jihyo as the first TWICE member to lend her voice to the OST of popular K-Drama Twenty-Five Twenty-One. While TWICE has sung K-Drama OSTs as a group in the past, Jihyo released her solo OST “Stardust Love Song” on March 6th. A month later in April, it was announced that Nayeon would become the first TWICE member making her solo debut with the mini-album “Im Nayeon”. It’s already turning heads as she harnessed Little Mix’s Jade Thirlwall, Stray Kids’ Felix, Destiny Rogers and Wonstein. And now we have Jihyo from TWICE, who graces the cover of 1st Look magazine with a superhero concept.

‘Twenty Five, Twenty One’ OST: Here’s why Jihyo is the first TWICE member to go solo in 7 years

Fans were absolutely shocked when 1st Look announced that Jihyo, the leader of TWICE, would be July’s cover star. With Thor: Love and Thunder finally turning Natalie Portman’s Jane into the Mighty Thor, the magazine decided to spice up the publication with their own Korean version. We first got a visual teaser of Jihyo wearing the female Thor helmet with lightning in the background. 1st Look then teased her backside with Jihyo wearing a chained headpiece and glittery bodycon dress against a space backdrop. The highlight is the TWICE leader effortlessly holding Thor’s hammer Mjolnir above her head and posing.

ONCE’s (TWICE’s fandom) are excited for the photoshoot, as one tweeted, “Jihyo once said she’ll be Thor. 3 years later she really became Thor. Manifest really works!” Another joked, “Jihyo can lift the Mjollnir, but Thor could never cheer up.” One fan added, “Chris Hemsworth after Jihyo Thor.” Another ONCE reminded fans, “Jihyo was enjoying it way too much , being Thor, she ran around torturing everyone.”

Stranger Things Season 4 Volume 2: Is Will Gay? The next part may reveal his ambiguous sexuality

Stranger Things Season 4 Volume 2: Is Will Gay? The next part may reveal his ambiguous sexuality