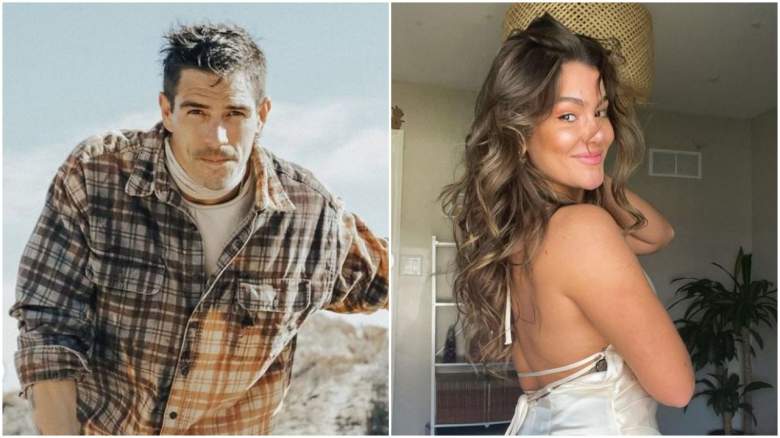 Fans have been counting down the days to the premiere of The Challenge: Ride or Dies since it was announced on September 15th. One of the first things viewers saw when the cast photos came out was that Tori Deal and Jordan Wiseley are both in for the season, nearly two years after they announced the end of their engagement.

Tori has appeared in Challenge Regular since their split and Jordan returned to Challenge for Season 3 of All Stars, but the two have yet to compete since Total Madness when they were still together. Many fans commented on the exes’ upcoming reunion, especially after the trailer showed a confrontation between the two in a club scene, where Tori asked Jordan, “Are you serious?”

The “Are You The One?” alum teased some drama in her response to a fan’s comment. “Tori & Jordan in the same season, let’s see how this plays out,” someone wrote in a post introducing the cast, according to a screenshot saved on Reddit. Tori replied, “It’s a damn show… enjoy lol.” She then added, “to clarify the show [is] NOT shit. But the chaos… it’s going to be very… entertaining for you.”

Jordan has been fairly tight-lipped about their split after the news broke in November 2020, but he revealed in a May 2021 interview that he would not be returning for a season of The Challenge that Tori was in.

In an interview with Danny Pellegrino, host of pop culture podcast Everything Iconic, Danny asked if Jordan would be returning to The Challenge, and the three-time champion replied, “I’m not going back with Tori.” He explained that it had nothing to do with bad blood or a “vendetta” against the production, but didn’t want her story twisted.

“I know how television works,” he explained. “And not that I can’t control it [the narrative]but that [production] can, does and wants… And that’s my greatest thing. It’s not like I want to win this, I was so hurt by the way Tori and I’s thing broke up because it made everything cheaper first of all. He later added that he didn’t “want to do the reality TV thing and do all this drama and it wasn’t supposed to be out there.”

It’s likely that time has helped change Jordan’s mind about appearing in a season with Tori and the two have had positive interactions on social media over the past few months.

In March 2022, Jordan announced on Instagram that he had traveled to Ukraine to help with humanitarian efforts after the Russian invasion, sharing that he had driven supplies to Ukraine and also been taking civilians to safety. In response to his video, Tori wrote, “Heroic be safe!” with a heart emoji.

Still, it’s likely to be a difficult season for the exes, especially since there are other contenders in the season who could complicate things. Jordan’s ex Laurel Stucky, who he dated for some time before dating Tori, is also on the season, and showbiz Cheat Sheet reported that they were pictured cuddling at Jenna Compono and Zach Nichols’ wedding in April 2022.

Fessy Shafaat is also in season, and both Fessy and Tori admitted vacationing in Turks and Caicos shortly after their fall 2020 split from Jordan was announced. Tori announced that they had hooked up but then decided to remain friends.