Tori Deal shares her 2 biggest regrets from season 37 of The Challenge. 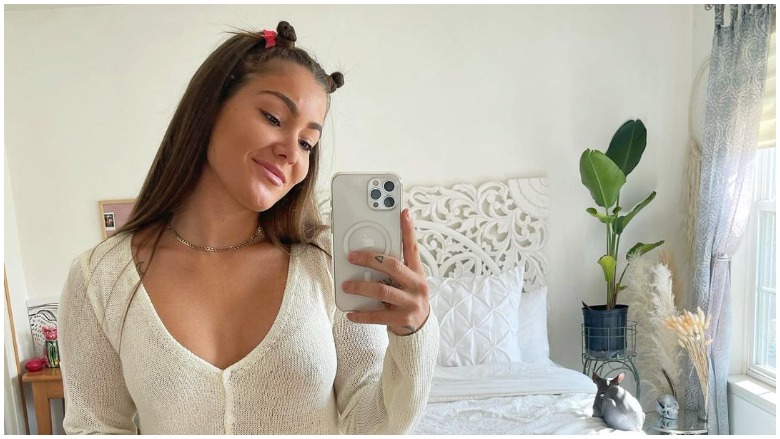 Kaycee Clark and CT Tamburello will be remembered as winners of The Challenge: Spies, Lies and Allies, but what doesn’t get noted in the record books is that they beat second place, Kyle Christie and Tori Deal, by just ten seconds beat .

After the finale aired, Tori was clear on “MTV’s Official Challenge Podcast” that CT and Kaycee deserved the win and were “on top” despite losing by ten seconds in a finale they largely dominated. She said on Instagram that it’s been an “incredible season” and that second place was the highest finish she’d had on the show to date.

“I know I may not be a champion yet but I feel like it,” she wrote, thanking Kaycee and CT for sharing their prize with the other finalists. That being said, in an appearance on the Challenge Mania podcast, she said she has two big regrets from the season.

Tori told co-hosts Derrick Kosinski and Scott Yager that she had two big regrets about the season. One of them, she explained, was the “Pizzagate Incident,” in which she involved Josh Martinez in a dispute between Fessy Shafaat and Amber Borzotra that ultimately resulted in Fessy being disqualified for the season.

“It was just so damn like I was watching that at the time and was really drunk during that time and I was just messing around like I enjoyed the drama and didn’t even think it was going to explode as far as it happened ,” she said. “So I feel really bad about it and I’m grateful that Fessy and Josh have both forgiven me.” She later added, “It really bothers me a lot.”

Tori said her other regret is to cheer on Emanuel Neagu and help him in his elimination against her. “Are you the one? Second Chances co-star and boyfriend Devin Walker. “I just feel blessed and lucky too that Devin and I were able to have conversations where he forgave me,” she said, “because you get a little bit lost in the sauce playing the game.”

She added, “Those two things that I wish I could have just gone back in time and removed myself from the situation instead of being, which makes it harder for me going forward.” That said, she took it as lesson learned and expressed how happy she is that everyone has forgiven her.

Tori addressed both incidents and explained the underlying causes for each. Referring to the pizza incident, she said: “The reason I insisted on starting the drama that night is because the house was super boring and I think when you’re on the show that long and you at least getting callbacks I can speak for myself, I feel this pressure to be entertaining. I always live with that.”

She said the whole thing started as a joke and that she didn’t know it would escalate to this extent, but that she went too far in dragging Josh into it. Regarding the other elimination-related incident, she told co-hosts, “I have stronger feelings for Emanuel than I would admit.”

She explained that she “came from all over Jordan [Wiseley] situation” and didn’t want it to appear like she was “jumping from man to man.” She said: “I really connected with him and it was really hard to watch that elimination. And when I knew the answer to that key, I was like, ‘F*** Tori, I wish you’d just shut up,’ like I can’t right now.”