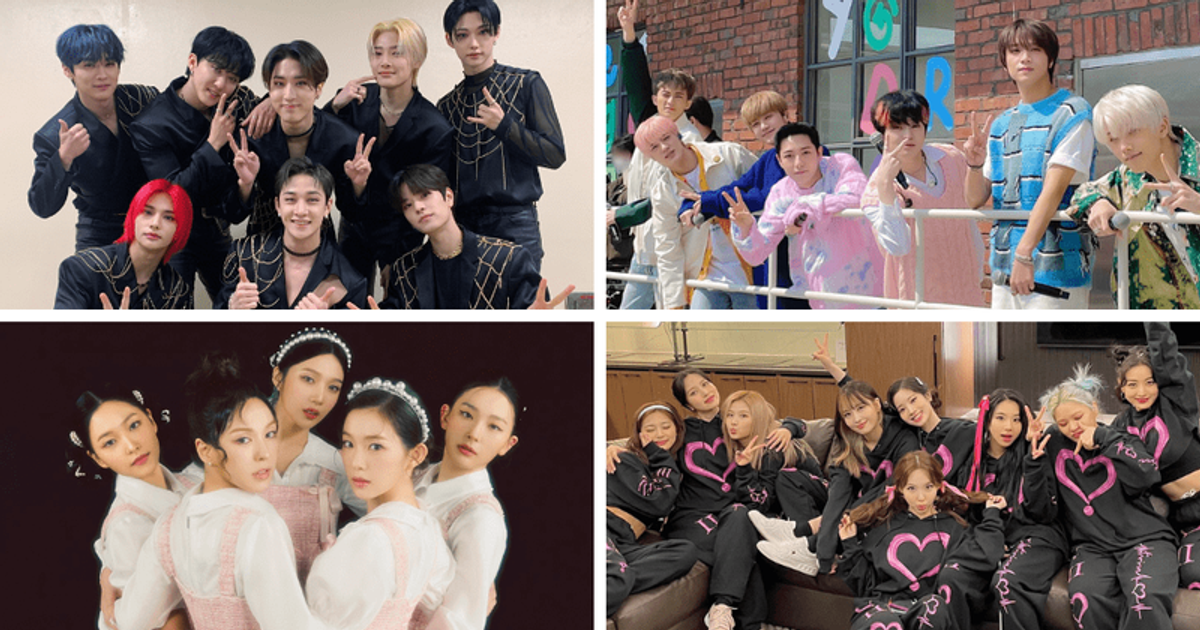 Lim Young-woong dominated the charts with his multi-million-selling debut album, while Stray Kids’ four albums since 2018 received awards in April

It’s that time of the month again as Gaon has made it their mission to honor the best K-Pop acts of April. The Korean Music Chart publishes a monthly list of those who have awarded them album sales certificates such as platinum and million seller badges after combing their charts. In recent months acts like BTS, TWICE and NCT have been awarded Platinum and Million Seller badges.

In March, we saw rookie groups Enhypen, NMIXX and Treasure make their mark with best-selling K-pop albums. Gaon works with the KMCA (Korean Music Content Industry Association) to honor K-pop albums with certificates that exceed 250,000 sales and are older than six weeks. Because of this, fans knew NCT Dream and Stray Kids would be making the list in April.

On May 12, Gaon released the list for April, which included K-pop acts who were awarded album sales certificates. NCT Dream’s “Glitch Mode” broke even more records than their previous three million comeback. In just four days of its release the album sold millions of copies so there was no doubt that a month later they received a double million badge for surpassing 2 million sales. The lead single charted at #5 on the Monthly Download Chart, while the album peaked at #2 on the Monthly Album Chart, #10 on the Weekly Retail Album Chart, and #2 on the Monthly Retail Album Chart.

April was a good month for Stray Kids as they were recognized for four different albums released between 2018 and 2022. Her 2018 album I Am You went platinum, while Go Live went double platinum. ‘Christmas EveL’ is now a triple platinum seller, while fans already knew that their latest album ‘Oddinary’ would hit a million seller badge in April. “Oddinary” also peaked at #10 on the monthly albums chart.

Supergroup MSG Wannabe continues to do well despite being defunct. Sub-unit MOM’s single “Only You” received a platinum badge for passing 100 million streams. It’s also #9 on the monthly digital chart, while “Will You Hear” is #9 on the monthly streaming chart.

Lim Young-woong is emerging as a monster rookie as he dominated music shows last year, while his debut album ‘Im Hero’ has taken South Korea by storm since last week, selling 1 million copies in over a day. “If We Ever Meet Again” topped the Weekly Digital Charts and the Weekly BGM Charts while the other tracks on the B-side dominated from #4 through #14. All ‘Im Hero’ tracks are in the top 12 of the Weekly Download Chart. “Our Blues, Our Life” topped the monthly download chart, monthly BGM chart and #10 monthly digital chart. Meanwhile, his OST 2021 “Love Always Runs Away” is #10 on the monthly streaming chart. The album “Im Hero” also topped the Weekly Album Chart and the Weekly Retail Album Chart.

BIGBANG’s return with “Still Life” was nothing short of legendary as it gave them their 100th music show win. The single topped the monthly digital chart, weekly streaming chart, monthly streaming chart, was #2 on the monthly download chart and #4 on the monthly BGM chart. Simultaneously, “Love Dive” became IVE’s best-selling album as it topped the Monthly Albums Chart, Monthly Retail Albums Chart, #7 on Weekly Retail Albums Chart, #4 on Weekly Digital Charts, Monthly Digital Charts and Monthly Download peaked at #2 on the streaming weekly chart, #5 on the streaming monthly chart, and #3 on the weekly albums chart.

Like “Dr. Strange” star Zara Phythian became a “slave” to a martial arts trainer at the age of 14

Like “Dr. Strange” star Zara Phythian became a “slave” to a martial arts trainer at the age of 14