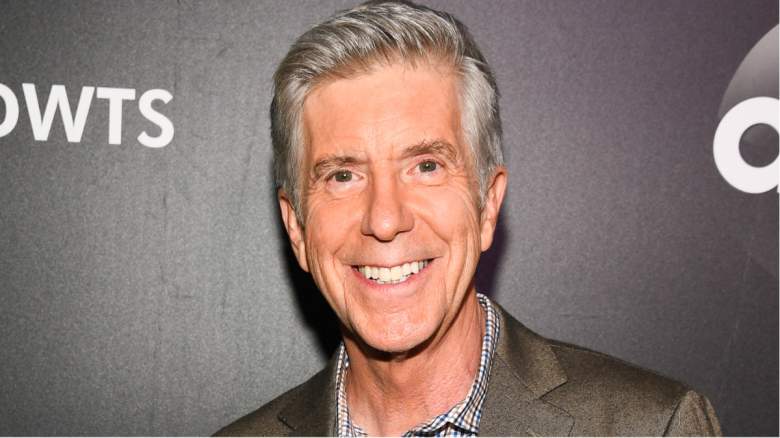 Tom Bergeron was fired as the host of ABC’s “Dancing With the Stars” in 2020 after more than a decade on the program.

“I’ve just informed that @DancingABC will continue without me. It’s been an incredible 15 years of running and the most unexpected gift of my career. I am grateful for that and for the lifelong friendships. So what am I supposed to do with all these glitter masks now?” Bergeron tweeted back then.

Many DWTS fans were outraged to learn that Bergeron wouldn’t be brought back — and neither would his co-star Erin Andrews. The network replaced them both with Tyra Banks.

Now that the show is heading to Disney+ for (at least) the next two seasons, some people are wondering if Bergeron could be brought back — or if he’d even consider returning. And he was recently asked about it during an interview with Entertainment Tonight in June 2022.

After a relatively short hiatus from hosting gigs, Bergeron has signed a deal to attend Wagmor’s first ever The Pet Gala.

“You’re Invited!!!!! — To the first annual THE PET GALA! We are so excited to put together our first fundraising gala in support of Wagmor Pets. This year @tombergeron will be joining us as hosts and we are planning a very fun evening” , Bergeron announced on his Instagram feed on May 27, 2022.

In an interview with Entertainment Tonight that aired June 15, 2022, Bergeron opened up about the event — and was asked if he’d ever consider returning to the show, especially now that it’s airing on a different network.

“Is there a world – ever – where we can get you back on this show you think?” Bergeron was asked.

He looked down at the dog he was holding – named Willie Nelson – and seemed to make it clear he wasn’t coming back.

“So, Willie,” he said before starting to laugh.

Despite the fact that fans would love to see Bergeron return to DWTS, he’s been pretty adamant about his decision to stay away from the show even if there’s ever a chance he might return.

For example, in April 2022, Monsters and Critics published an article discussing the possibility of Bergeron returning to DWTS. Bergeron shared the article on Twitter, and added the heading “Recommended Reading: Selected Novels by Thomas Wolfe.” Of course, Wolfe is a popular novelist.

Additionally, Bergeron has previously revealed that he wasn’t too happy as the show’s host near the end of his tenure.

“To be honest, the show I left wasn’t the show I loved. I kind of knew the end of what turned out to be my last season. So I got everything I really wanted out of my dressing room… It was kind of obvious that we had a falling out,” he said on the September 13, 2022 episode of the podcast “Bob Saget’s Here for You.”

He went on to say that the show is “pretty far in the rearview mirror” for him now.