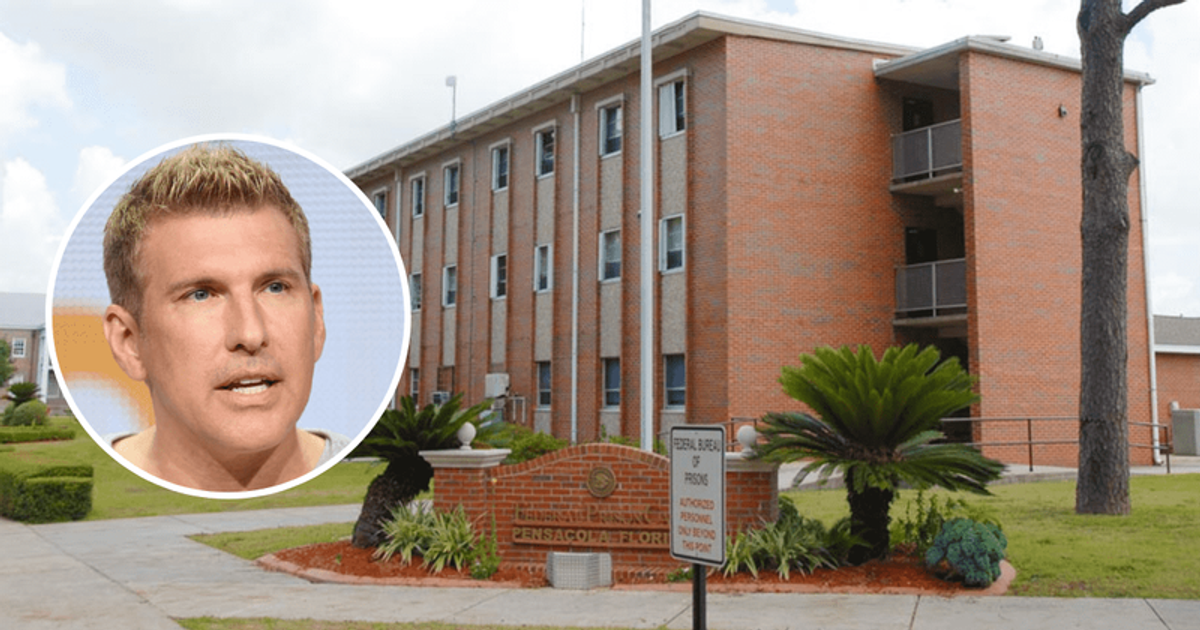 PENSACOLA, FLORIDA: Todd Chrisley is reportedly eating almost as well in prison as he is at home with his wife Julie and the kids. The TV personality reportedly enjoyed a steak for his first meal at FPC Pensacola.

Chrisley, 53, checked into the low-security facility Jan. 17 to start his 12-year sentence. Meanwhile, Julie, 50, was taken into custody the same day at Federal Medical Center Lexington in Kentucky to begin her seven-year sentence. FPC Pensacola’s meal plan revealed the ‘Chrisley Knows Best’ star wasn’t missing much when it came to food after being locked up.

According to WGRZ-TV, the detention center is comparatively “comfortable” as one expert said that “if you have federal prison time to serve, this is the place to be”. They added: “There are no barbed wire fences and stuff like that. There are obviously security guards and guards, but it’s not a place where you’re going to find serious, dangerous criminals and whatnot. not exceed the value of $100 per item” Daily Mail.

Chrisley and Julie were convicted of defrauding banks out of $30 million and committing tax fraud in June 2022. The pair are reportedly able to communicate behind bars despite being 10 hours apart. According to Radar Online, they’re allowed to “write letters, send emails, and possibly send packages to each other behind bars … with the approval of their guards.”

According to RadarOnline, the couple drew on their “faith, therapy and family” in the days leading up to their incarceration, and their primary goal was to keep the family united through this difficult time. The couple were seen putting their affairs together before turning themselves in to police. Julie was seen leaving a grocery store with a trolley full of goods for her children, while Chrisley was photographed leaving the local post office before taking her children to a last family dinner. The couple have three children together, Chase, 26, Savannah, 25, and Grayson, 16. They also now have their adopted granddaughter Chloe, 10, and Chrisley’s older children from his previous marriage, Lindsie, 33, and Kyle, 31.