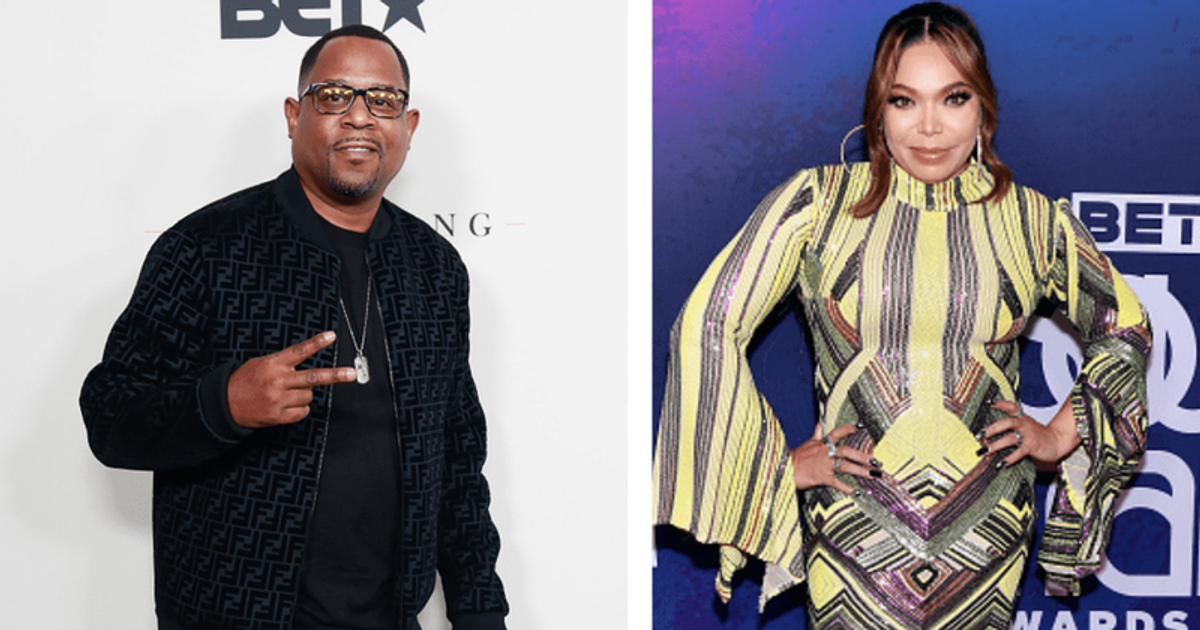 Tisha Campbell spoke ahead of the 30th reunion special of ’90s TV series Martin about forgiving Martin Lawrence after the sexual harassment lawsuit.

Tisha Campbell, star of the iconic ’90s TV series Martin, opened up about her former partner and co-star Martin Lawrence ahead of the long-awaited reunion of the iconic sitcom. Campbell, who left the show in November 1996, had filed a lawsuit against Lawrence in 1997, charging him with “repeated and escalating sexual harassment, sexual violence, verbal abuse and related threats,” according to People Magazine. The lawsuit was settled out of court.

After announcing the sitcom’s highly anticipated reboot, Campbell spoke to CBS Mornings about her relationship with Lawrence and how their dissolved friendship contributed to the end of “Martin.” “We are – we’ve been working really hard to reconnect, to forgive, and this reunion is really about celebrating everything we’ve done, everything we’ve accomplished and our growth as people.” said the actress. “So that’s basically what we focused on,” Campbell told CBS Mornings. Back in May this year, Disney severed ties with Fred Savage, the director of ABC’s The Wonder Years reboot, after investigating three separate allegations of wrongdoing against him. In April, Cuba Gooding Jr. pleaded guilty to violently touching and kissing a waitress on the lips without her consent at New York’s LAVO nightclub.

“The cast will look back on the series’ most hilarious moments, revisit the iconic characters that made Martin famous and pay an emotional tribute to the late, great Tommy Ford,” read a BET+ announcement regarding the ‘Martin’ reboot ‘. “Complete with musical performances and visits from celebrity superfans, Martin: The Reunion brings back the Wazzup Wazzup Wazzup passion fans have been waiting for.”

During the CBS interview, Campbell reminisced about her days filming on the show. “It was amazing just being with everyone, we finished each other’s sentences. We joked, we laughed,” she recalled. “It was like being back on set.”

In 1997, Campbell sued Lawrence for sexual harassment. She claimed that the sexual harassment happened on and off screen. She refused to film scenes with Lawrence during the fifth season of “Martin,” and the show eventually ended. In January 2020, Lawrence opened up about the lawsuit filed against him during an interview with GQ magazine, saying, “None of it was true. t,” he said, adding that the two never spoke about the lawsuit. “We don’t need to talk about something that just didn’t happen. So I just decided to leave the show. I just decided to leave it to quit . People said I was canceled but that wasn’t the case. I decided to just quit the show. He further added, “I love Tisha. I’ve seen her then and now, now and then, always with nothing but love. I have nothing but love for her, and I always have.”

Later, Campbell also addressed the GQ interview during an appearance on The Talk. Though she said she was shocked by Lawrence’s comments, she told the hosts that she and her former co-star are now on good terms. “I can’t go into great detail about the past because there was a confidentiality agreement, so the gag says no. But what I can say is … I was actually kind of shocked,” she said, adding that some people didn’t want her to address the comments, while others encouraged her to clap back. “…so I struck [Lawrence] high. He called me within a minute…He was like, ‘Don’t read what it is, there are a lot of people trying to bring up the past and trying to put it on the news today. But you know, T, we’re fine. I love you and I love your family,” she said.

The long-awaited reunion of the classic sitcom will air June 16 on BET+ and will feature original stars Lawrence, Campbell, Tichina Arnold and Carl Anthony Payne II, with the exception of beloved castmate Tommy Ford, who died in 2016 after suffering a ruptured abdominal aneurysm. Hosted by Affion Crockett, the cast will gather at the iconic “Martin” living room set to reminisce on the show’s five seasons.

Missing boy, 8, found alive after being trapped in narrow sewer for a week

Missing boy, 8, found alive after being trapped in narrow sewer for a week