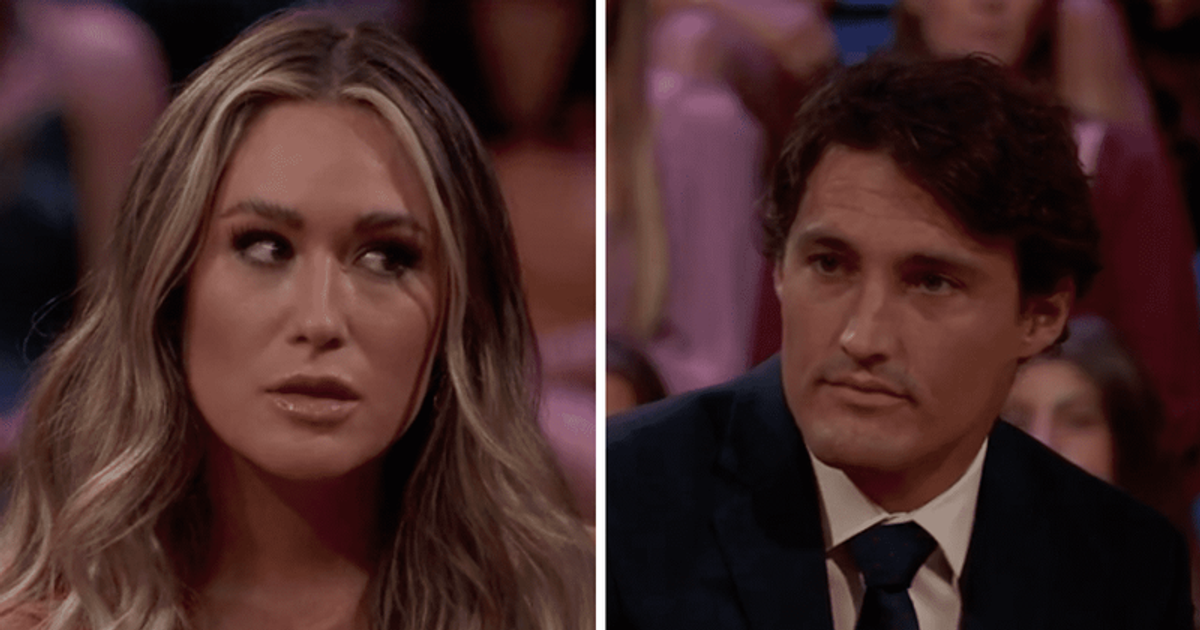 “‘Didn’t mean to bother you with something so tiny’ are not words I would use to describe cheating on my fiancee #thebachelorette,” one fan wrote

LOS ANGELES, CALIFORNIA: If Tino Franco was hoping to redeem himself in the eyes of ‘Bachelorette’ fans after he was shown gaslighting Rachel Recchia during season 19, then maybe he should again rethink. The Californian’s “happily ever after” with Rachel was short-lived as he admitted cheating on her while they were still engaged.

The last episode contained a clip of Rachel confronting Tino about his actions. Though Tino apologized for putting Rachel through an “emotional roller coaster ride,” the 28-year-old felt that Rachel should be held equally responsible for how things turned out between them. He pulled out his journal and started reading out all the hurtful things she had allegedly said to him. Rachel reportedly didn’t want to remain engaged to him and considered returning the engagement ring, leaving Tino badly hurt. He assumed they were done and kissed another girl. Later, when he realized he still had feelings for Rachel, he made it clear to her about the kiss. When Rachel confronted him for sitting on the information about his infidelity for four days without telling her, Tino’s response to this left not only Rachel but fans angry as well. He said, “‘I tried to forgive myself.

Rachel was shocked that Tino downplayed his cheating as something “small”. ‘The Bachelorette’ fans also sided with Rachel and took to Twitter to slam him for trying to emotionally manipulate her by dismissing all his wrongdoing. One fan tweeted: “Tino still makes this so small like you cheated it’s not tiny and he’s just such a narcissist they can’t admit they’re wrong keeps stepping out cuz he’s not “‘I didn’t mean to bother you with something so tiny’ are not words I would use to describe cheating on my fiancé #thebachelorette #finale,” one fan wrote. “Not him GASLIGHTING Rachel in telling her he was cheating was ‘tiny’ @BacheloretteABC #thebachelorette,” one fan commented. “Said Tino, ‘I was trying to forgive myself. Don’t touch your hair over something so tiny’ in response to HIM HE CHEATING!?!? #thebachelorette,” wondered a shocked fan.

Another fan shared: “@thebacheloretteabc #thebachelorette @pilot__rachel Just because someone is the star of the show. That doesn’t mean he’s the one telling the whole truth. But that he said it was tiny was muddled. But I do not know. I don’t think everything they said was the opposite, he lied.” “He said Rachel is trying to make him look bad and then keeps saying, ‘I made this tiny thing,’ which turns out refers to his cheating. You did it to yourself #thebachelorette,” one fan pointed out. ! Naming something tiny that your fiancé reacts to so strongly is emotional manipulation. You can’t hurt that man # thebachelorette,” one fan commented. “Tino trying to say the kiss was a ‘tiny thing’ is amazing and I’m glad she’s done with him. Still, I’m very glad Rachel is in therapy. I think that will do her good in the long run and I hope she sticks with it. #TheBachelorette #Bachelorette,” one fan remarked.