Tiaras with Stories: The stories behind the Queen’s collection of dazzling headpieces 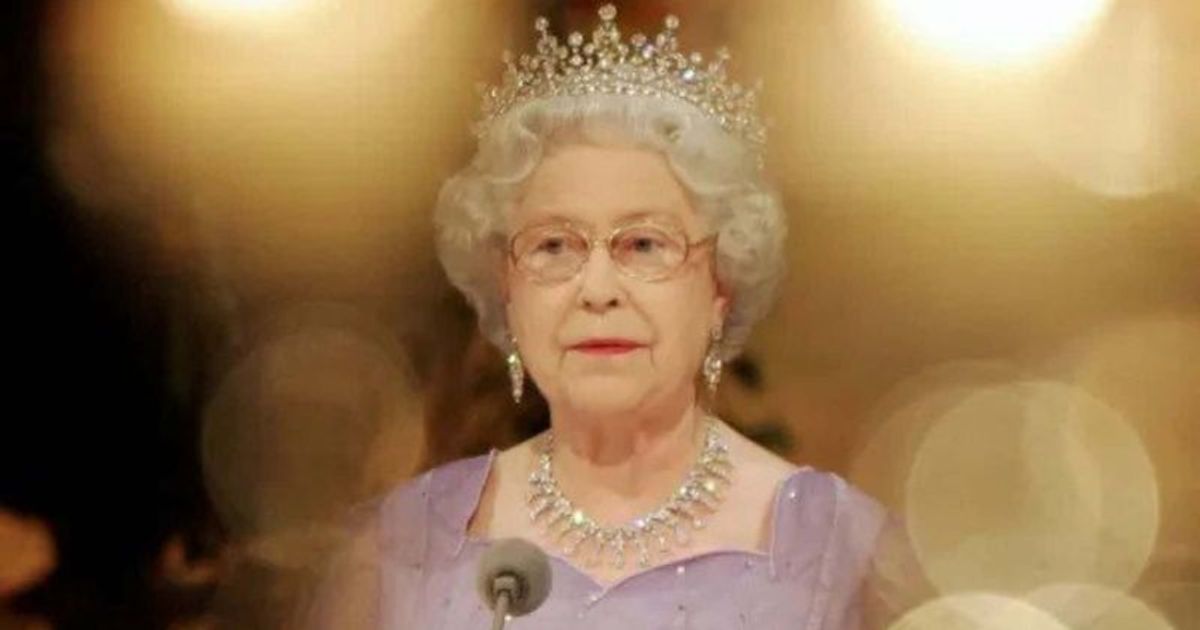 The late Queen, who passed away last week aged 96, possessed a sizeable collection of magnificent tiaras

But the Queen also had access to dozens of other stunning crowns and tiaras. The monarch, who died last week at the age of 96, wore the glittering hats to important occasions. These included The Girls of Great Britain and Ireland tiara, which was reportedly her favourite, given to her by her grandmother Queen Mary, and the diamond tiara, which the Queen has worn frequently on her travels and since the official opening of Parliament her first year of government. She was also kind enough to lend her family members tiaras for their weddings and state dinners. On their wedding days, the Princess of Wales, the Duchess of Sussex and Princess Eugenie wore tiaras from Her Majesty’s collection. 50 tiaras allegedly belonged to the Queen and were kept in various collections.

The impressive Imperial State Crown, worn on the day of Her Majesty’s coronation, is placed on the Queen’s coffin while she lies in pageantry.

‘What’s going around…’: Kate Middleton inherits $110m jewelry from Queen, Meghan Markle gets ‘nothing of value’

Since the coronation of George IV in 1821, the diamond diadem, the oldest tiara, has been passed from king to monarch. It is only required to be worn on formal occasions, such as the opening of the state parliament in 2002. Created by London jewelers Rundell & Bridge, it features four crosses alternating with bouquets of roses, thistles and shamrocks, which are symbols of several regions of the United Kingdom. Although it was reduced in size by Queen Alexandra in 1902 to accommodate her smaller head, it still contains 1,333 diamonds. Resized at the Queen Mother’s request.

The story of Grand Duchess Vladimir’s tiara of spies, intrigue and a daring escape is arguably the most intriguing of all. It was created by the legendary House of Bolin, one of the oldest jewelers in the world, for Maria Pavlovna, wife of Grand Duke Vladimir of Russia, and presented to her on the occasion of their marriage in 1874. The tiara was left behind when the family fled during the Revolution, only for a British secret agent to sneak it out of Russia.

This ruby-studded oriental circlet tiara, along with the Baring Ruby necklace purchased in 1964, was worn by the Queen only once during a state visit to Malta in 2005. Rubies were believed by Queen Alexandra, who inherited the tiara from her grandmother unlucky and had them change. It was gifted to the Queen Mother, who made it one of her two favorite tiaras when her husband, George VI, ascended the throne in 1936. The Duchess of Cornwall now wears the Boucheron honeycomb tiara which is the other. After her mother’s death in 2002, the circlet was given to the Queen.

Gifted to Princess Victoria Mary of Teck by the Girls of Great Britain and Ireland to commemorate her marriage to George V in 1893, this tiara was one of the Queen’s favorite accessories. She affectionately dubbed it “Granny’s Tiara” and wore it in one of her first public appearances after the funeral of her father, George VI. It gets its name from the group of female fundraisers who raised the funds to start it. It was 14 pearls high and made of diamonds set in silver and gold; However, 13 brilliant cut diamonds have now taken their place. Given that she wore it frequently and is depicted as such on certain currencies, it is believed to have been one of Her Majesty’s favourites.

One of Her Majesty’s most striking pieces of jewelry, the kokoshnik tiara consists of 488 diamonds set in white and yellow gold. Since Alexandra was the sister of Maria Feodorovna, Empress of Russia and wife of Tsar Alexander III, the tiara was named after and inspired by a traditional Russian crown. From the mid-19th century, ladies-in-waiting wore these lavish, jeweled tiaras. The Princess’ daughter-in-law, Queen Mary, purchased it in 1925 and she wore it for her official 80th birthday photograph in 1947. The Queen, who acquired the tiara in 1953, used it in her Golden Jubilee painting from 2002, in what has become known as a family custom.

One of the Queen’s most dazzling collections is her collection of sapphire jewelry, which consists of seven precious items, including a necklace, a bracelet, a pair of earrings and three rings. This sapphire tiara of George VI was added to the collection in 1963 after her father started it on their wedding day. For Princess Louise of Belgium in the late 19th century, it was originally a necklace. Louise was a notorious figure with several friends who eventually fell into financial ruin and were cut off from her family. To pay off debts, she sold her jewelry, including the necklace that had been turned into a tiara. It is not known exactly how it ended up in the royal tomb.

The Queen’s personal stylist, Angela Kelly, says she loves this Brazilian aquamarine tiara because it’s “majestic, yet cool and peaceful.” It was ordered by the Queen from then Crown Jeweler Garrard in 1957 to go with a necklace and pair of earrings given to her in honor of her coronation in 1953 by the President of Brazil. She wanted a matching tiara as she loved the ensemble so much. It was seen in a smaller version, perhaps with the stones temporarily removed, in 1957 and at a state dinner in Moscow in 1994.

Princess Elizabeth wore Queen Mary’s fringed tiara as a young bride in 1947 with her flowing Norman Hartnell gown of ivory duchesse satin adorned with 10,000 pearls. But it almost turned out to be embarrassing. The tiara broke just before Elizabeth was about to leave for Westminster Abbey, necessitating an urgent visit from the royal jeweler. The tiara was created by Garrard in 1919 from a necklace given to Mary as a wedding present and was later given to the Queen Mother in 1936. Princess Elizabeth and Princess Anne then borrowed the tiara on their wedding days.

At a Silver Jubilee celebration in 1977, this ivory dress and Burmese ruby ​​tiara was an ideal combination, as royal stylist Angela Kelly insists the Queen only ever wears rubies with white. The Queen ordered the tiara from Garrard in 1973; As one of the few pieces of jewelery that she has not inherited, it is intended to show her special taste. It contains two of her wedding gifts: diamonds stolen from the tiara of Nizam of Hyderabad, another gift, and 96 rubies from the Burmese. The Burmese believe that rubies protect the wearer from diseases. The tiara is a floral wreath with ruby ​​red centers and diamond rays separating each bloom.

Zara Phillips wore a magnificent diamond tiara, loaned to her by her mother, Princess Anne, for her 2011 wedding to former rugby star Mike Tindall. The glittering headdress comes from the Greek royal family and was given to Queen Elizabeth II by Prince Philip’s mother Alice on her wedding day. The Queen later gave it to Princess Anne, who later gave it to her own daughter. It consists of a diamond wreath surrounding a large center cut diamond.