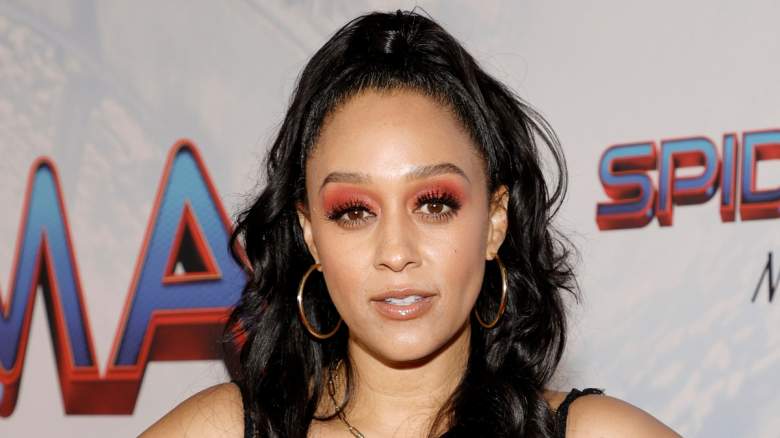 Hallmark star Tia Mowry took to Instagram on July 11 to showcase a major transformation that left her fans swooning. The new look came just days after she celebrated her birthday, and she was apparently in the mood to be bold. As it stands, the new look was a huge hit.

On her recent birthday, Mowry rocked a silver ensemble and had long, dark locks swept back into a sleek high ponytail. She went glam with oversized hoop earrings, strappy sandals and a heavy eyeshadow palette. The Santa Stakeout star teased on Instagram, “Black don’t crack!!!!” She added, “I’m so grateful to be blessed with another year in the sun. Life is so beautiful and I’m so happy to be able to share it with you all.”

A few days later, Mowry shared the highlights of her birthday celebrations, and she did what some would call a “soft start” on her new hairdo. Noting in her Instagram post that she revealed her birthday dress, which she previously had fans choose for her, telling everyone she’s “in France and feeling all the love!” The ‘Christmas Comes Twice’ star’s new hairstyle Stars was present during this video, but it wasn’t until July 11 that she singled them out in an Instagram post of her own.

The new Instagram post included a video showing Mowry showering, her dark locks falling loosely over her shoulder. The video then switched to her sitting in a chair outside while a stylist worked to add new braids to her. “Let’s see if blondes really have more fun,” she teased in her caption. She added, “The pigtails are up and killed honey!” and asked, “Who else is rocking pigtails this summer?” Mowry also added a hashtag of “Black Girl Magic” and showed several stages of the braiding process.

Towards the end of the video, the camera caught Mowry smiling as the stylist finished off the style with oil on all parts. The Hallmark star’s braids were styled with a center part, and the very long braids had a touch of blonde incorporated into them. Within a few hours, more than 80,000 fans “liked” the post and over 1,000 people also commented on it.

“QUEEN,” declared one person, while another commented, “Yes, summer honey braids for the win.” “Love how alive you are!!!!! Such a gem,” elaborated another supporter, with another commenter writing what many others seemed to be thinking. “Queen Behavior Periodt,” added several fire emoji. Mowry showed off her fresh braids at the end of the video and took a little runway stroll as she modeled the finished look. She oozed confidence and joy as she showed off her stuff, and her fans collectively adored the summer change. Many agreed the style was the perfect choice for summer and Mowry wasted no time in showing it off to the world.