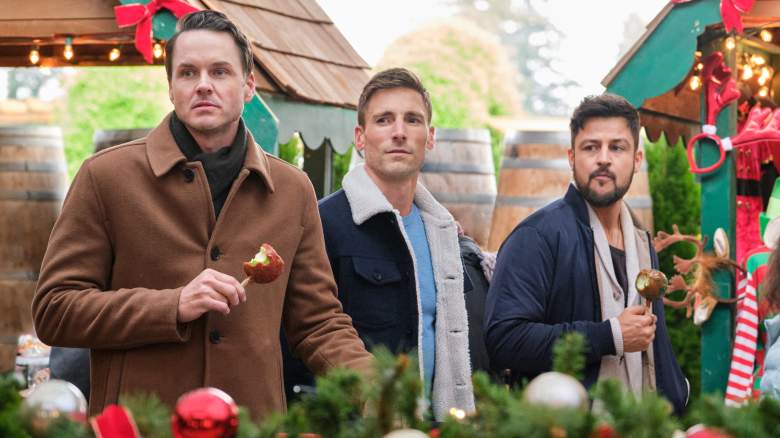 Hallmark’s new holiday film, Three Wise Men & a Baby, broke a Hallmark audience record. In terms of same-day live view, it’s now the most-watched Hallmark film not only of the year, but through 2019.

The Twitter account @SleepyKittyPawhas compiled the ratings for Hallmark’s Christmas movies as of November 16, using statistics from ShowbuzzDaily. These numbers are live viewership only and do not include Live+2, Live+3 or other delayed views after the premiere.

Ratings showed that “Three Wise Men & a Baby” shot up to number one as Hallmark’s most-watched film of 2022, including Christmas and non-Christmas films. But it also broke records dating back to 2019.

SleepyKittyPaw shared: “What happens when you bring Paul Campbell, Tyler Hynes and Andrew Walker together for Christmas? They’re getting Hallmark’s highest ratings not just of the year, but since 2019! THREE Wise Men AND A BABY had 3.626 million viewers, 0.31 in Key Demo, and was the most-watched non-football show on Saturday.”

Christmas at Castle Hart grossed 3.31 million last year as Hallmark’s top live-viewed film of 2021. “My Christmas Family Tree” was next with 3.27 million. The new film starring Tyler Hynes, Paul Campbell and Andrew Walker beat them all.

Tyler Hynes shared a grateful tweet with his fans about the news.

He wrote: “🤍 this is because of all of you who tuned in and continue to make this whole scene a party. #hynies and everyone what a beautiful thing this dynamic is. You built this ❤️🙏🏻”

Andrew Walker also thanked the fans. “You guys made it a thing!” he wrote.

Hallmark announced in a press release shared with Heavy that “Three Wise Men & a Baby” was also “the most-watched movie of the year across the ad-supported cable spectrum across all major demographics.”

It was also the “#2 most-watched show of the week” in terms of household, total viewers, women over 18, people over 18, and women 18-34. The only show to surpass it was Paramount’s “Yellowstone.”

Hallmark also noted that the film “is the #1 most-watched Hallmark Channel original film premiere of 2022 to date, across all major demos.”

Hallmark added that the Hallmark Channel is the “most-watched entertainment cable network” during the holiday season for households, women 25-54, women 18-49, women in general, total viewers and more.