‘Those who hold on to power’: Archbishop ‘casts shadows’ at Prince Harry and Meghan Markle during sermon for the Queen 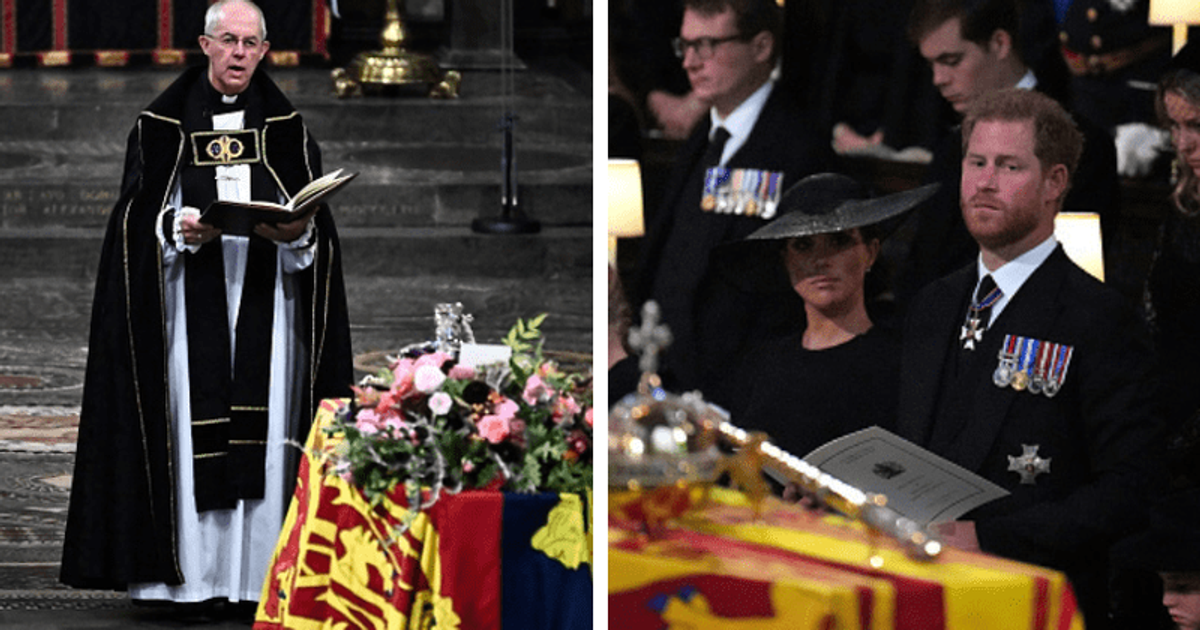 Justin Welby, Archbishop of Canterbury, looked straight at Harry and Meghan as he said: “Those who hold on to power and privilege will be forgotten.”

LONDON, ENGLAND: The Archbishop of Canterbury looked directly at Prince Harry and Meghan Markle during the funeral sermon for Queen Elizabeth II as he attended the part of the sermon where he said that ‘those who hold onto power and privilege would forget.”

According to the New York Post, Justin Welby, the Church of England’s religious leader, appeared to be shadowing the Sussexes.

Goodbye Gan Gan: Prince George and Princess Charlotte walk behind the Queen’s coffin at the funeral

The Archbishop made the comment while praising the Queen as one of those “people of loving service” who are “rare in every walk of life”. He said: “Leaders of loving service are still rarer. But in all cases, those who serve will be loved and remembered when those who hold onto power and privilege are forgotten.”

Many on Twitter felt the religious leader was attacking the Duke and Duchess of Sussex, who had repeatedly called out to the royal family after stepping down as senior royals in 2020. The Duke of Sussex was not allowed to wear his military uniform and salute his grandmother’s coffin during the procession.

One user wrote: “The Queen’s funeral was amazing! These words from Justin Welby, Archbishop of Canterbury, struck a chord: “…in any case, those who serve will be loved and remembered when those who hold onto power and privilege are long forgotten.” I wonder, who was he talking about? #MeghanMarkIe.” Another said, “This man knew EXACTLY what he was saying and I can only imagine how many eyes rolled in the couple’s direction. It was perfect.”

However, others believed the comments could be directed at any member present at the gathering, which was packed with world leaders. The funeral was attended by Britain’s ruling Conservative Party, who recently nominated Liz Truss to replace Boris Johnson. One person said: “The Archbishop of Canterbury just called the whole room to hold on to power and privilege and basically say no one will remember.” Another added: “I can’t help but be like Justin Welbys Love dig at Johnson. The service will be remembered far longer than those just trying to cling to power.”

Although the nation has observed a 10-day mourning for the Queen from September 8, the day of her death, to September 19, the day of her funeral, the royal family will mourn an additional seven days. They will continue to wear black through Monday, September 26th.