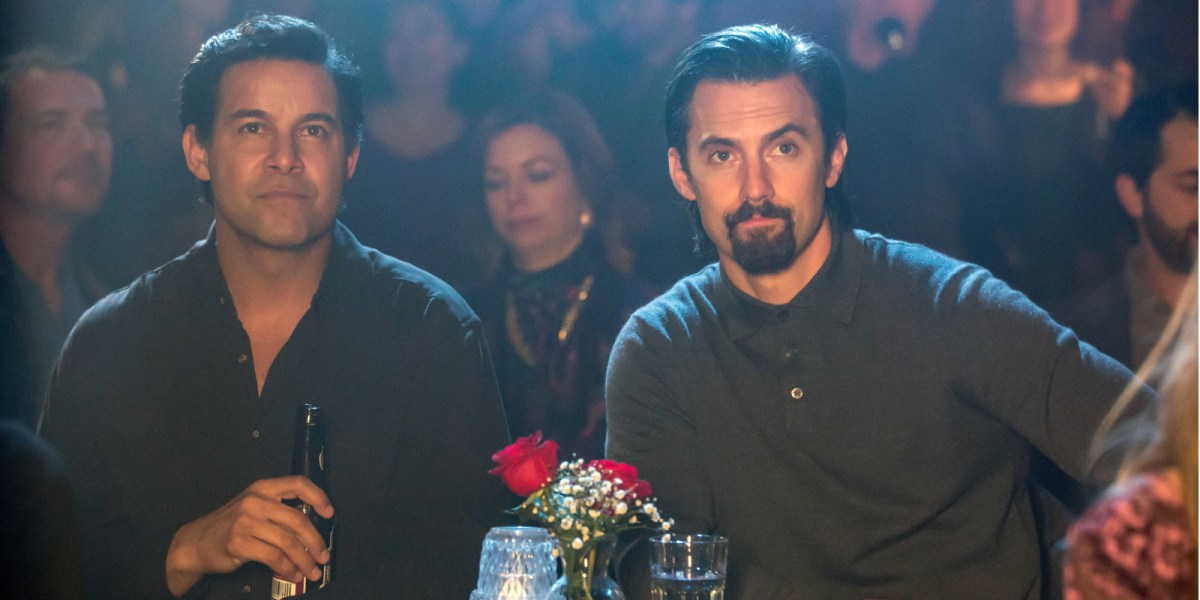 This is us, fans; hold on to your hats! Former screen buddies Jack and Miguel (Milo Ventimiglia and Jon Huertas) have reunited for a new ABC series. The longtime friends, who worked side by side for six years on the titular NBC drama, have reunited for Milo’s new series. The company you keep. Here are the details.

Milo Ventimiglia is about that far from that This is us‘ Jack Pearson as can be in his new role as a con artist with a checkered past at ABC’s The company you keep. The series, which also stars Catherine Haena Kim, offers a gripping look at what happens when two people try to save themselves and their families from catastrophic consequences. Professionally, however, they are on a collision course.

According to an ABC press release, the premise of Ventimiglia’s new series is as follows.

“A passionate night leads to love between con artist Charlie (Ventimiglia) and undercover CIA agent Emma, ​​who are unknowingly on a collision course professionally,” it reads.

“While Charlie ramps up the ‘family business’ so he can get out for good, Emma tracks down the vengeful criminal who’s running Charlie’s family debt and forces her to reckon with the lies they’ve told to save themselves can and their families face catastrophic consequences.”

In an interview with Entertainment Weekly, Milo revealed that his new series wouldn’t take him too far from his This is us Family. The actor shared that he is closely associated with the cast and crew of the NBC series and wanted as many of them as possible to be on board The company you keep as possible.

“As this show was taking shape, as we were developing a pilot, I went around This is us to adjust [on the Paramount Studios lot in Los Angeles], have quiet conversations with department heads. ‘Hey, do you think you’d want to come on board and do that?'” he told EW.

“And people say, ‘Yes, I would like that.’ I talked to [the] hair and makeup [department]I spoke to the camera [operators]I’ve spoken to the grips and the electrics. It’s really important to me to see the same familiar faces loading lights and gear and keeping the set safe.”

Jon Huertas, who played Milo’s best pal Miguel on the NBC series, has also joined the production. So far he has directed two episodes The company you keep. Jon begins his tenure with the fifth episode of the series.

“I can’t tell you how comforting it was to see that [Jon] show up in prep schedule in emails, talk about characters, stories, talk about shot lists,” Milo said. “It goes back to knowing we have a quality crew. I don’t have to worry.”

In an interview with E! News, Milo announced a specific thing about work This is us was hard to forget. “The most difficult thing for me is always the people.”

He continued, “You spend so much time with people, you know? However, most of my job consists of showing up for the crew and making sure we all have a good day. But knowing that I won’t be with this group that I’ve been with for six years, possibly ever again, is hard,” he shared.

Luckily, with his new appearance, he doesn’t have to look far to find a friendly face. The company you keep Premieres Sunday, February 19 at 10 p.m. EST on ABC.