‘This could be on the internet’: Rangers fan who beat Lightning rival feared going viral 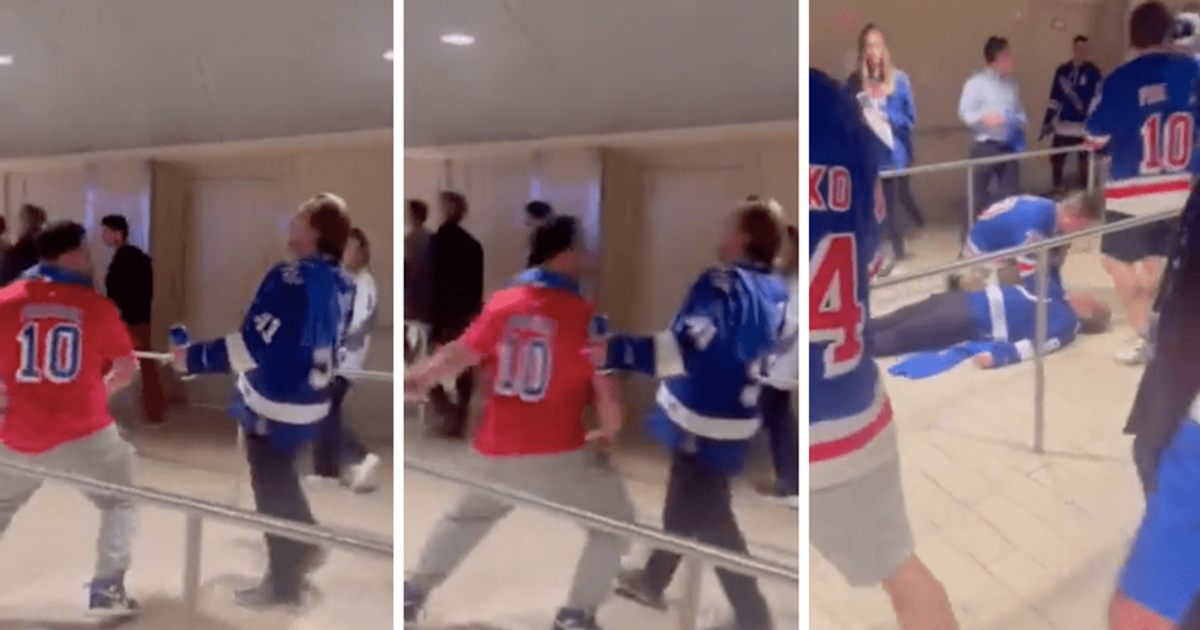 James Anastasio’s father declined to defend his son, saying: “There is nothing to defend. It is what it is’

The 29-year-old reportedly punched the unidentified victim as he left the venue; The whole incident was caught on camera. It’s not yet known what provoked the attack, but the Lightning fan appeared to have sung something to mock the Rangers, who lost Game 5 of the NHL Eastern Conference Finals. Anastasio also hit another person trying to stop him from escaping.

A Florida teacher was hospitalized after students, 4 and 5, punched and kicked her in the classroom

The Lightning fan’s brother, who witnessed the incident, told NBC, “We were just trying to get out of there like everyone else and then suddenly a beer was thrown at us and me and my brother kind of broke up that second. The next thing I know, I look over, I hear a thump on the floor and there’s my brother. The punch. You can hear it in the video. I will never get that sound out of my head. My brother’s head hit the ground.”

James Anastasio’s father, meanwhile, has refused to support his son’s action. He told the New York Post, “Sometimes choices in our lives have consequences. There is nothing to defend. It is what it is. We wait for him to come home, we pick him up and everything is fine. Tomorrow is a new day.”

Jason Goldman, Anastasio’s attorney, told DailyMail.com: “We’re at the very beginning of getting all the facts and learning. For now, let’s make sure James is released in time to see his family, and then focus on defending him in court.”

Additionally, Madison Square Garden management released a statement, which read: “Last night, at the end of the game, there was a heinous attack on a Tampa Bay fan – followed by a second attack on an individual who bravely intervened. We want all guests – no matter which team they support – to feel safe and respected at The Garden.”

However, video of the attack has gone viral across the internet, with millions of views and multiple comments. “I hope this man is doing well and not suffering any side effects resulting from this interaction with the other guys fist. Was he hit for talking shit? Wouldn’t warrant it, but I’m curious,” said one Twitter user. Another wrote: “Amazing but did the guy say anything beforehand… still no apologies.” “That would never happen in Tampa… fans can attend an away game without fear… kudos to the Rangers fans who stepped in to provide assistance,” added the third user.