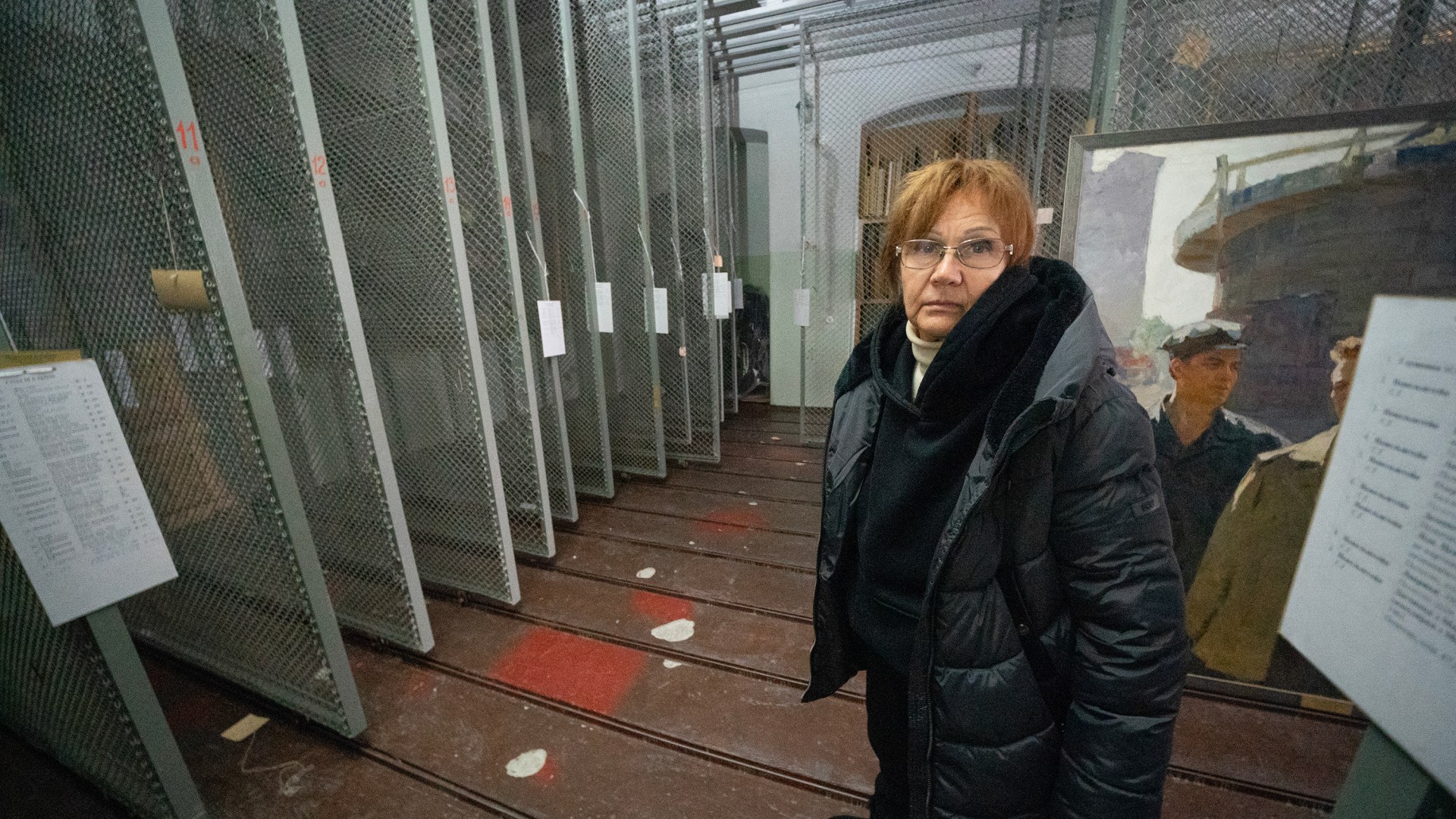 THEFT Russian troops looted 14,000 paintings in one of the largest art raids of all time.

They broke into the Kherson Art Museum and loaded trucks with the priceless treasures before fleeing the city this month.

Museum director Alina Dotsenko, 72, said: “When I saw the empty rooms, I almost lost my mind. I shed so many tears.

“We had 14,000 pieces, one of the largest art collections in Ukraine.

“There were paintings from England, Spain, Holland, from all over Europe. There’s no price to put a price on what they stole. They are trying to steal our culture.”

Alina, who has worked at the museum since 1977, had hidden the art in underground vaults, but traitors revealed the locations.

She added: “Armed men came into the museum and demanded entry.

“Three were from the police and three from the FSB secret service.”

It took five days, from October 31 to November 4, for troops to fill trucks with stolen art and transport it to Simferopol in Crimea, controlled by forces loyal to Vladimir Putin.

War crimes investigators work around the clock to catalog the thefts.

Among the missing treasures is a 17th-century portrait entitled ‘Lady with Dog’ by the Anglo-Dutch master Sir Peter Lely, chief painter at the court of King Charles II.

He was hailed by the National Portrait Gallery in London as “by far the most fashionable and influential painter of his time”.

Troops also took away statues of Russian generals from parks across the city.

They stole the remains of Prince Grigory Potemkin from a crypt beneath St. Catherine’s Cathedral.

But they left a bust of Lenin and a nude statue in the basement of the art museum.

The United Nations Cultural Agency said at least 200 historical sites have been damaged or destroyed since Russia invaded on February 24.