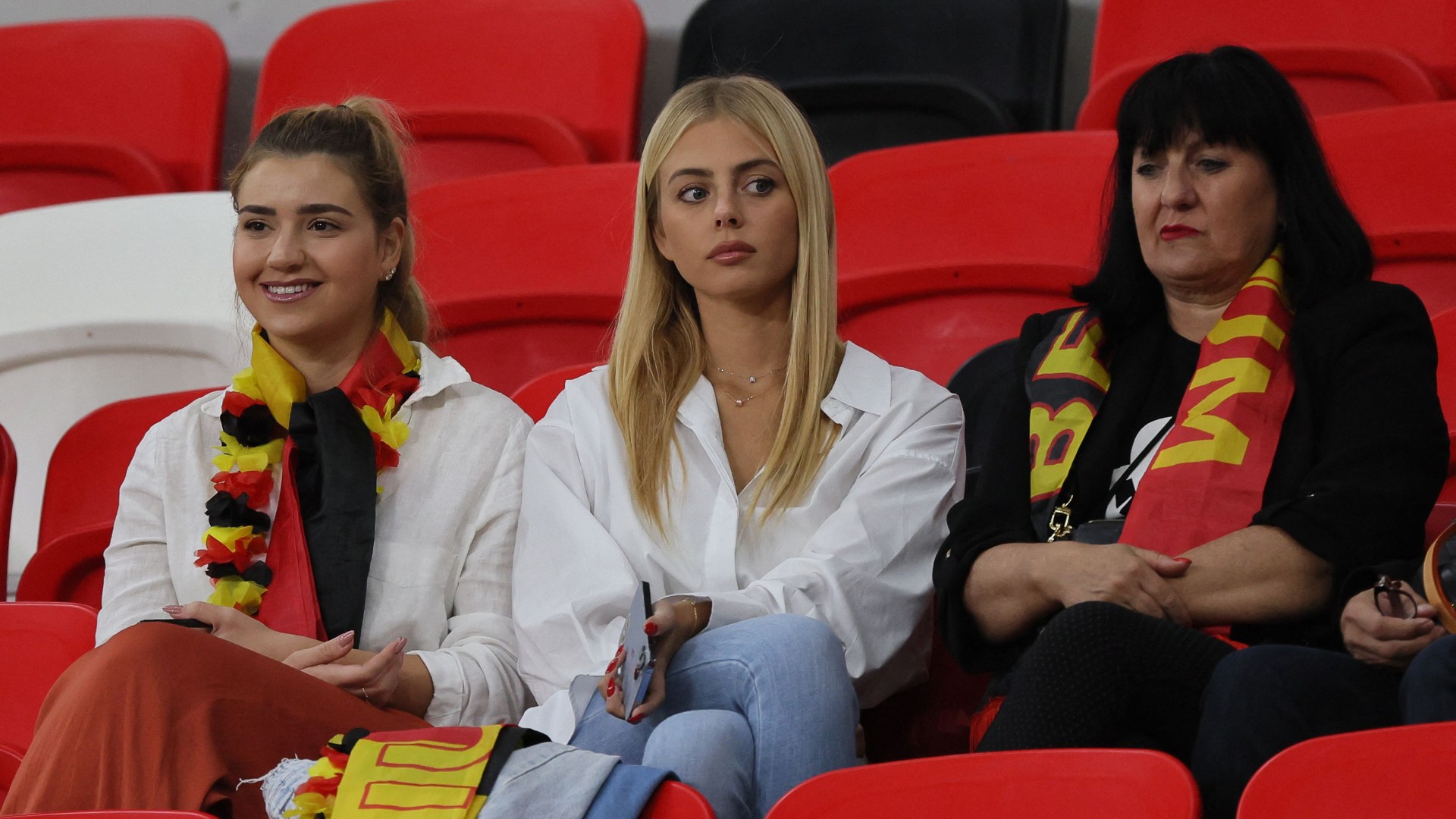 That was after the Belgian goalkeeper saved a penalty against Canada.

Mishel, 25, beamed as she watched the group stage opener on Wednesday.

Courtois stood between the sticks in what could be a final cheer for Belgium’s ‘golden generation’.

But the 30-year-old Real Madrid star showed no sign of slowing down as he saved a ninth-minute penalty from Bayern Munich’s Alphonso Davies.

And nobody seemed prouder of Courtois than partner Mishel.

The Spanish model beamed as she watched from the stands, proudly showing off a picture of Courtois on her phone.

The loved-up couple met after messaging each other on social media during lockdown.

And they are set to be married soon after Courtois fell to one knee during a romantic getaway in June.

Mishel is a regular at Real Madrid’s Santiago Bernabeu stadium and cheers on Courtois from the stands.

You can also often see him in the front row at her lingerie fashion shows.

And Mishel’s support will surely boost Courtois’ efforts in his quest for World Cup glory with his country.

Courtois has two children with Marta Dominguez – but the couple split when he was at Chelsea.

In 2019 it was reported that the Belgium goalkeeper had started dating TV presenter Alba Carrillo.

In that year he is said to have fathered a secret love child with his married neighbor.