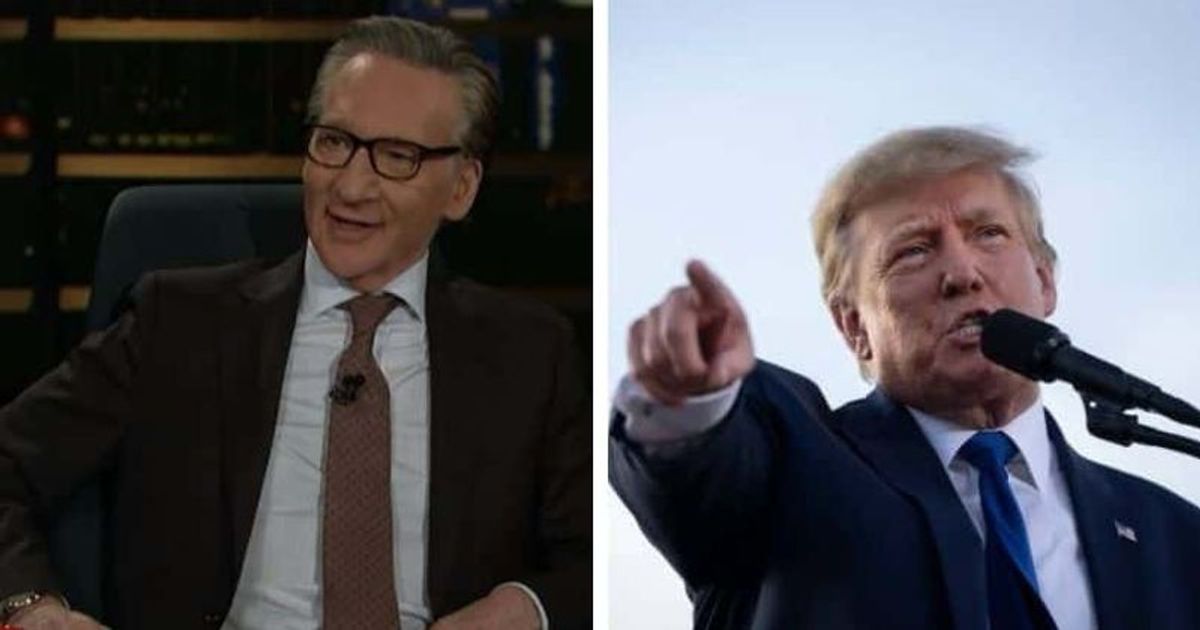 Real Time host Bill Maher claimed Republicans “secretly love it,” Trump on the 6th Sam Stein, the White House editor for Politico, and John McWhorter, associate professor at Columbia, agreed Maher, 66, when he returned to his show on Friday night after a month.

On Friday’s broadcast, he explained, “The other side will say ‘political,’ but it can’t possibly just be political because all the witnesses and prosecutors are Republicans!” He continued by explaining that US Attorney General Merrick Garland faces an “important decision” on whether to proceed with the trial and possibly find Trump guilty of inciting the riots.

According to Maher, Trump has already indicated that there would be “post-trials” because he “already tried” so “thinks they” should take the matter to court. “If you bring this with you [to court], you have to win the case. He’s in prison,” Maher suspects. “My theory, Republicans would secretly love it, I think they’d fucking love it. [The same] how Arab countries would love it if Israel bombed Iraq or Iran.’

Sam Stein agreed with Maher that many Republicans “privately can’t stand the guy.” He joked to Maher, who replied that Trump’s detention would be the same as “when he wasn’t on Twitter,” “I don’t know if you want him tied up, but you wouldn’t be totally disappointed.” According to a joke by Stein, the former president had his own social media network called Truth Social and would “have someone broadcast their truths for him.” McWhorter said Trump would continue to have the same number of supporters while in prison.

“It would really change the way people think about him and whether or not people voted for him if that came out exactly how you hoped it would,” McWhorter told the host. “Because that belief in him has become a kind of religion, it wouldn’t affect who would vote for him.”
McWhorter continued, “Only the megalomaniacal views of Trump personally and cowardly individuals who followed him” led to the events of January 6, he claimed.

Maher took to Twitter and posted a glimpse of his show, saying, “I think Republicans would secretly love it if Trump went to jail.”

Maher soon posted to Twitter, and comments came pouring in. One user replied: “Under the diplomatic immunity clause, Trump cannot be put in jail. Have you never read the Declaration of Independence?”

Another wrote: “That he is better or worse than any other President before or after him is irrelevant compared to character. And his character is anything but virtuous. The fact that Christians continue to support this man to this day baffles me.”

Supporting Maher’s statement, one user tweeted: “I think if he actually leaves they won’t keep it a secret for long. They’ll trip over themselves to get to the next camera to tell everyone how they knew he was wrong for America for a long time.”

One user wrote: “I agree because it makes politics a bigger joke than it already was, the kind of joke nobody really laughs at except the person who made it.” Also, living in Texas taught me that politics can become iconic, and the only thing that scares me more than politics is fanatics.”

Another user quipped, “He’s talking about the other Republican politicians, you know the ones who destroyed Trump and then turned around as soon as their base started worshiping him. I agree with him, the MAGA crowd would be furious and the campaign to free Trump would be an easy route to victory.”

Twitter users have received a range of reactions, with some criticizing Maher’s statements while others dismissing his hypotheses.