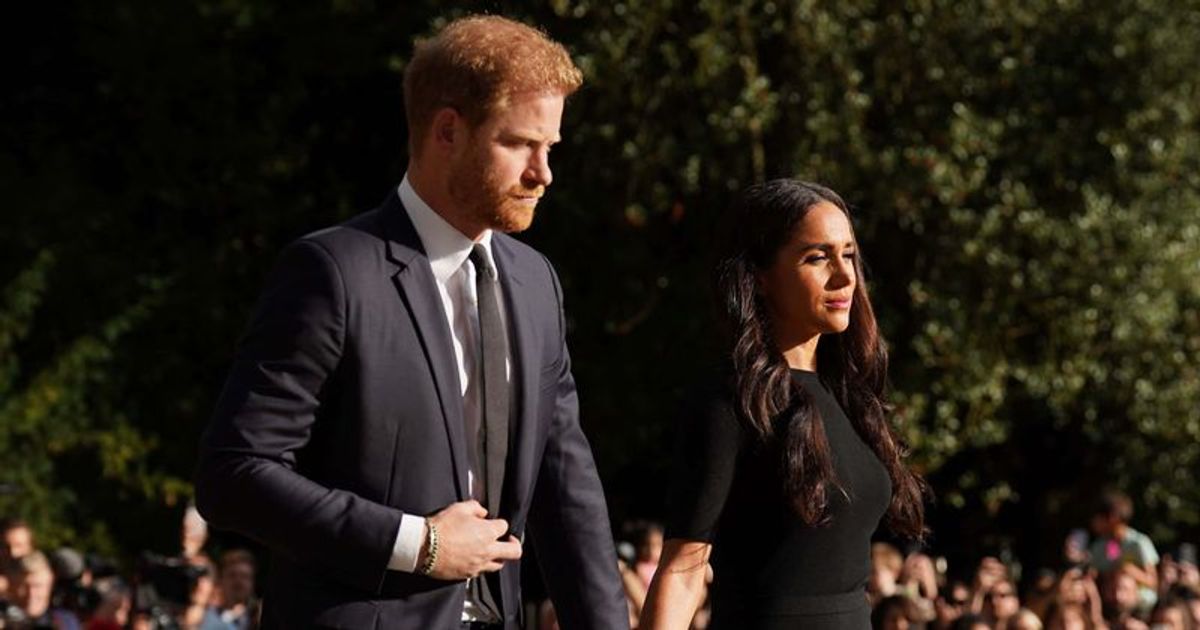 Welsh journalist Kara Kennedy said the pair were “slowly frozen out of Hollywood, one red carpet event at a time”.

Welsh journalist Kara Kennedy said it takes “charisma, dedication and charm” to become a “Hollywood power couple”, but the Duke and Duchess of Sussex “just don’t have it” and “Hollywood is starting to too.” realize”. Kennedy said the couple, who relocated to California after stepping down as working royals, are “slowly being frozen out of Hollywood, one red carpet event at a time.”

LOS ANGELES, CALIFORNIA: A journalist has claimed that Meghan Markle and Prince Harry are “slowly being frozen out of Hollywood.”

Writing for The Spectator, Kennedy quoted Hollywood columnist Perez Hilton as saying, “They are not our royals. We have no allegiance to them. We have no respect for them. We won’t curtsey to them. To us, they’re just celebrities.” Kennedy added, “That’s the problem with mixing monarchy and celebrity: the two worlds overlap — but they’re not the same. Meghan and Harry claim to have a foot in both. Increasingly they are not welcome in either.”

This comes as the Sussexes try to carve out a new life of personal and financial freedom in California after stepping down from royal duties in March 2020. They’ve since signed lucrative deals with Netflix and Spotify, with Meghan recently releasing her Archetypes podcast, in which she was reportedly investigating “the labels that try to hold women back.” Despite this, fans are still waiting for Netflix content from Harry and Meghan, who are reportedly filming a docuseries at home as part of their deal with the streaming platform. A Hollywood insider previously told Page Six that Netflix is ​​getting its “pound of meat” from the couple on the show.

It’s also worth noting that Hilton has previously labeled the Susssexes as “boring celebrities.” During an appearance on LA-based royal commentator Kinsey Schofield’s To Di For Daily podcast, the blogger said, “You know, I’m not a hater. I state the facts. In America, Prince Harry and Meghan Markle are not royals for us. They are celebrities. And unfortunately, they’re boring celebrities.”

Ryan Grantham: ‘Riverdale’ actor, 24, who shot his mother while she was playing piano, sentenced to life in prison

Latestpagenews previously reported how the editors of The Cut appeared to be at odds with the former ‘Suits’ actress over the use of her royal title for a 6,000-word interview they published on August 29. The article ended up being titled “Meghan of Montecito.” Charlotte Griffiths, the editor-in-chief of the Mail on Sunday, claimed the post was initially shared without her royal title. The glossy publication went out of its way to mention her title – Duchess of Sussex – in a tweet on August 29.

Griffiths told Palace Confidential: “The Cut posted on Twitter that ‘Meghan from Montecito’ gave an interview. About 20 minutes later they deleted it and reposted as Meghan, the Duchess of Sussex. I think someone picked up the phone and said you missed the most important piece of my name.” In the interview, Meghan explained her disapproval of the monarchy and quipped to the publication, “You want to know a secret? I’ll get back to you… on Instagram. Before marrying Harry, she reportedly had her own account with 3 million followers. “It’s a big adjustment — a big adjustment to move from that kind of autonomy to a different life,” she told the magazine.