They are not a punk band – they are simply honest. 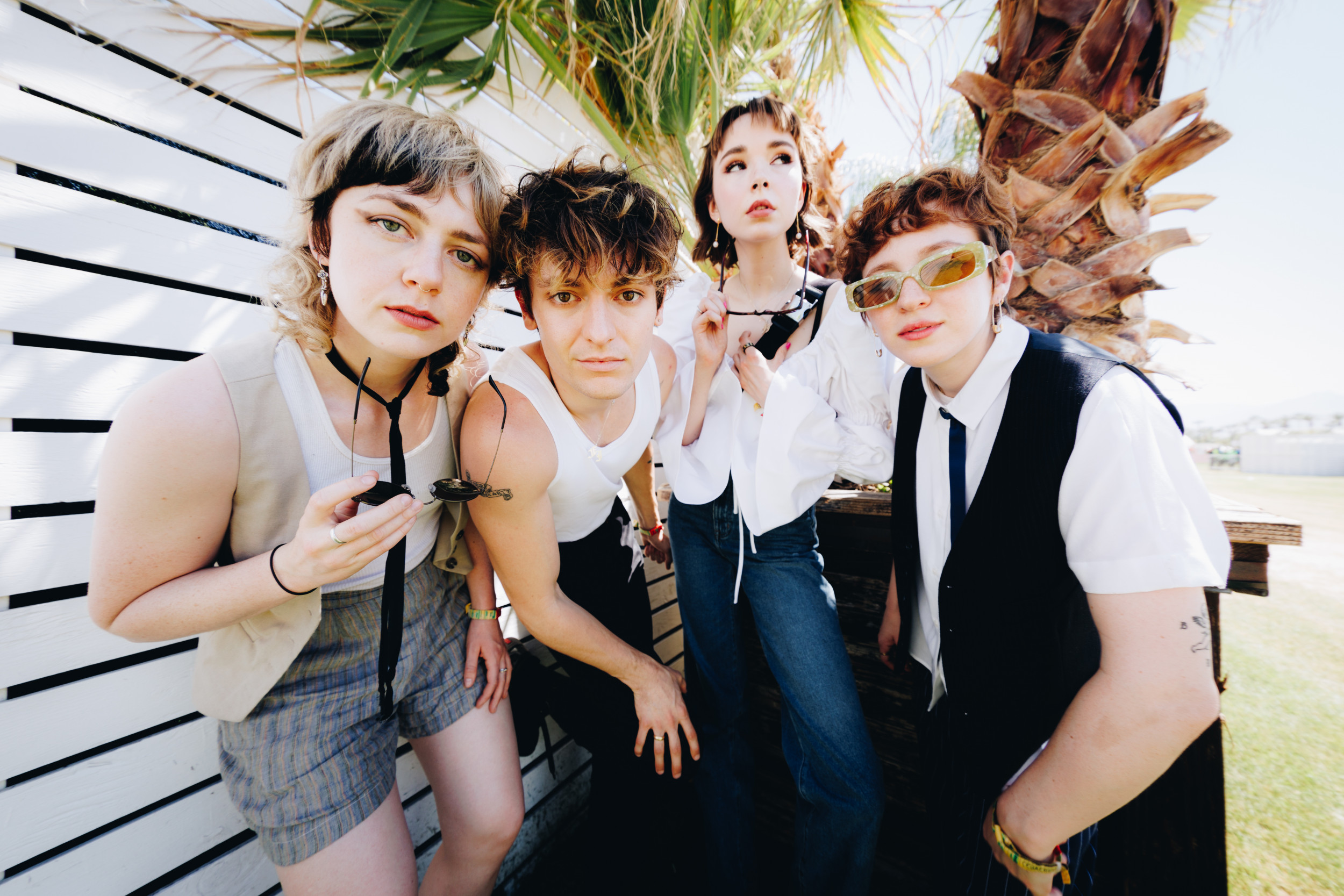 But what are The Regrettes without a doubt? Perfect for any band, featuring punchy music and lyrics that deal with mental health and queer love.

They have already released three albums, including More joy, which came out earlier this month. They performed at South by Southwest, opened for Kate Nash, collaborated with Lin-Manuel Miranda and opened for Twenty One Pilots. And this year they played two hilarious sets at Coachella – frontwoman Lydia Night lost her voice between weekends.

Between weekends, but after Night’s voice returned, the band would hop along on a phone call latestpagenews.com.

We’ll talk on Thursday April 21st. We’re between Coachella weekends, so you all had a set last weekend. How was it?

Lydia night: It was good. It was a lot. I think we did really well. And I’m really looking forward to playing tomorrow – it’s so cool to have a festival where you get a second chance. But it was really fun playing a lot of the new songs for the first time. And we had a bigger crowd than I thought.

Brooke Dickson: It was a little nerve-wracking play [new tracks] for the first time, but it was a good time to start. So it was fun.

You’ve all said in previous interviews that like the pandemic, your approach to subsequent albums has changed. Is there “lost material” somewhere?

More joy has a very evolved sound from previous Regrettes work. Was there a conscious decision to make it a little bit synthier, a little bit more dreamy?

Lydia night: It was fairer [deciding] that we will shape this process more freely. Jacknife [Lee], the producer we first worked with – he’s amazing. In his studio he has a sign that says “play”. He set the tone for the way we wanted to approach the recording process, where it felt more like, “Show up when you’re feeling good, when you’re feeling ready to make music.”

And somehow we made such a not easy sounding album, if that makes sense. It’s so funny because we were just in there playing the damn Jingle Bells.

Drew Thomsen: Yes, especially at Jacknife’s. It sucks, it was like having a box with a thousand different metal things. I sprayed orange air freshener on the microphone, like on –

Genessa Garian: There are so many sounds that make me feel like… I don’t remember what exactly that was.

Drew Thomsen: We went through the stems later, like, “What’s that?”

Genessa Garian: And with the other producer, Tim Pagnotta, I would have an acoustic guitar and I would play something and he would [recorded it as a] voice memo and distort it and rotate it back.

Lydia night: Also the singing. Voice memo singing mixed with different microphones. They both really had that playground mentality.

They defy genres in many ways. “Punk” is what I always see, and punk people have very different definitions of punk depending on who you ask. Which genre do you belong to? is it punk is it something else

Lydia night: I think we’re a full fledged alternative pop band. Mind you, we’ve never called ourselves a punk band before. But I think we’re fucking punk in terms of who we are as people. We were just talking about how I think this album is our punkiest album in terms of what punk means to me, which is the feeling that you can do what you want because you want to and not listen to it, what others think. And that feels punk to me. So this pop album that we made has a punk feel to it.

When I first heard The Regrettes I seriously thought like we were talking about early 90’s stuff. And I was shocked to learn that most of you are younger than me. But I think there’s an interesting conversation there because not only have you never referred to yourselves as punk, you’ve never referred to yourselves as a group of young people, right? But being young is a lot of time wasted rather than having skills or personality, right? You’re just the boy in the room and that’s it.

Genessa Garian: It erases everything. When we were all grown and Lyd was the only teenager, we were a “teen band”—