THEORIES: What happens to Demetri in ‘Cobra Kai’ Season 4? 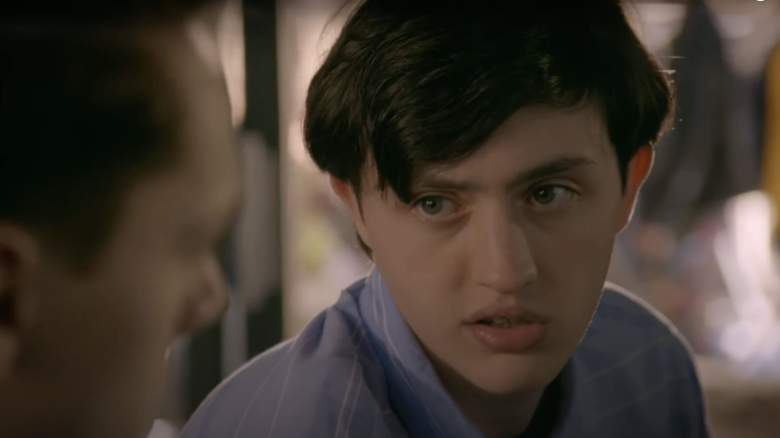 Fans of Netflix’s hit TV series “Cobra Kai” have many theories about what could happen in season four. Demetri in particular has gotten some attention due to his history with Hawk and his character arc the three seasons so far. So what happened to Demetri and how could that flow into his story in future episodes? Here is everything we know so far.

Demetri – portrayed by 20-year-old Gianni DeCenzo – might be known as the goofy kid from “Cobra Kai” who was left behind when his fellow nerd – Eli (later “Hawk”) and star Miguel Diaz – went to see the karate master in the “Cobra Kai” studio. Demetri tried to learn the trade in season 2, first with Cobra Kai, then with Miyagi-Do, under the guidance of Daniel LaRusso, and had big problems (at least initially).

Season 3, however, saw a little more growth in the character as fans saw him finally get a girlfriend and improve his karate skills. His long-standing feud with old friend Hawk also came to an end when the two teamed up in a fight against some Cobra Kai members after Hawk saved Demetri from a certain brawl.

While it is not yet known what may come out of Demetris’ character sheet in Season 4, fans of the show have been known to speculate, and Demetri, a rising fan favorite, is no exception. A popular post on the show’s subreddit asked fans to weigh what they thought would happen to the character in the next season. One popular response said he could become “the tournament’s surprise winner”. That would be pretty great actually. “

Another expressed hope that he might find justice fighting his old enemy Kyler: “I want to see him beat Kyler,” they said. “Miguel and Hawk have already got him in his place, now it’s Demetri’s turn.” Another popular comment echoed that feeling and said, “I definitely want to see him make more progress. Maybe you can get up to Hawk’s level and defeat Kyler.

Others wondered if he might compete against Robby Keene in the karate tournament. One user suggested, “I think he will fight Robby in the second round and lose. As for the rest of the season … unsure. “Another suggested that Robby, who beat Demetri too much, might raise the first question of what happens to him under John Kreese’s Cobra Kai, which marks a turning point in the season:” Robby, who beat him up to the point that a paramedic intervened, got him to start questioning the path he was taking. “

Another popular post suggested a look back at the famous “Fly Trapping” scene from “The Karate Kid,” with Daniel now in Mr. Miyagi’s position and Demetri in Daniel’s position. Given Cobra Kai’s penchant for rehashing and repeating iconic scenes from the original films, this isn’t entirely unreasonable.

In August, Netflix released short teasers for each of the characters, including one for Demetri. Fans immediately started commenting on how the character – and the actor – had grown, with a popular Reddit post comparing a younger Demetri to the one featured in the teaser. “I’m really excited to see his improvement and progress over the course of the season,” commented one fan. “His character has always appealed to me. Maybe because he gives my nerd hope or something. “

In October 2020, before season 3 was broadcast, DeCenzo posted a series of photos and videos of him training for season 4 on his Instagram account, which also seemed to be warmly welcomed by the fans. “Go Dimitri, go Dimitri, go Dimitri!” Said a user. “I can’t wait for the fourth season.”

In a May interview with Comic Book Resources, DeCenzo himself gave hints of what might come out of his character in season 4:

It is quite possible that we have not seen any other “Cobra Kai” character develop as long and steady as Demetri. Although fans, like his colleagues, initially mocked the nerd-fighter turned nerd, he seems to find his way around quickly, both in terms of his story and his reception by fans. How that will play out in season 4 and whether he will prove to be as dangerous and tough a fighter as the teasers seem to show remains to be seen.

Be sure to tune in to Netflix for Season 4 of Cobra Kai on December 31st.