“Their names will not be forgotten”: The daughter of the Uvalde victim Irma Garcia writes a note for dead parents 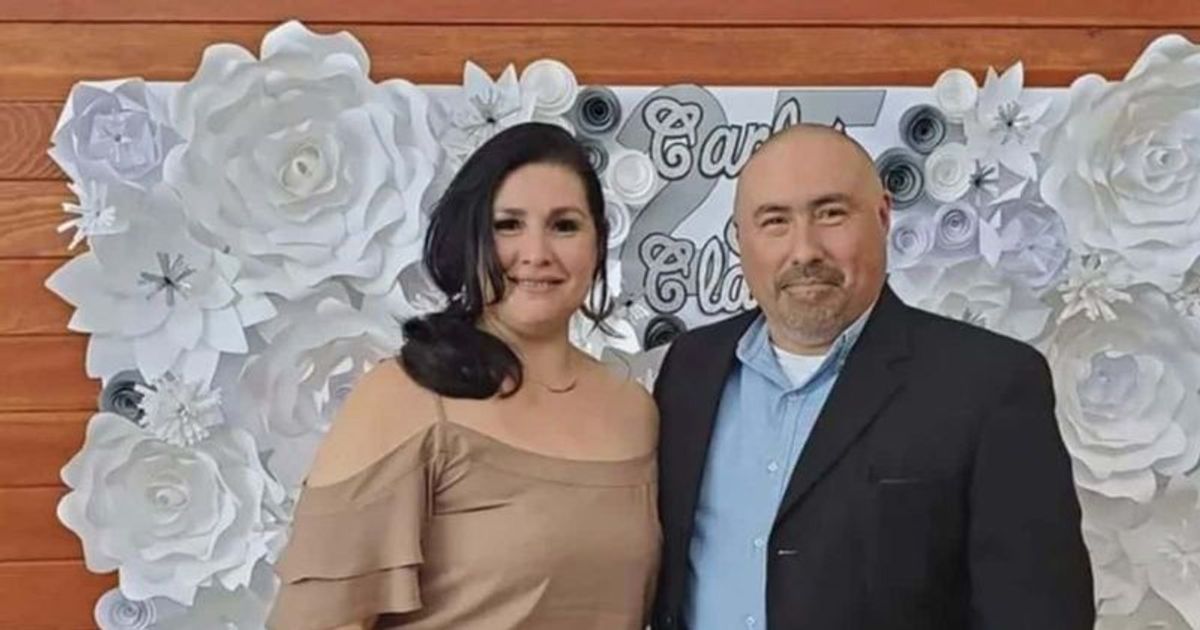 The daughter of Robb elementary school teacher Irma Garcia, who was murdered by gunman Salvador Ramos, has written an emotional tribute to her murdered mother as well as her father Joe Garcia, who died days later of a heart attack. Lyliana Garcia, 16, wrote the note on a memorial left for her father at the spot where he laid flowers for 48-year-old Irma just hours before his death.

Joe and Irma were married for almost 25 years. The family believes that Joe died of a broken heart after Irma was killed in the shooting. Lyliana is now orphaned along with her three other siblings – Cristian, Jose and Alysandra. The deaths of Irma and Joe was one of the most heartbreaking stories to emerge from the deadly massacre at Uvalde School.

“Dad, I know this was too much for you. Your heart couldn’t take it. I’ll spend the rest of my life fighting for you and mom on The Mirror, on a heart attached to a cross that bears Joe’s name. Cristian is in military training camp while her other sibling Jose is attending Texas State University. Jose, 19, said his mother “treated her students like her own” and decorated their classrooms with college memorabilia to inspire them to reach their academic potential. “She wanted to plant that in their brains,” he said. “They were her lifeblood. She loved dealing with children and teaching them. She loved her job and she loved her colleagues.”

Irma’s husband Joe had visited a memorial just hours before he also reportedly died of grief. The 50-year-old brought a large vase of red roses to the memorial in Uvalde, Texas, two days after his wife’s death.

A GoFundMe has now been set up by Irma’s cousin Debra Austin for the couple’s orphans. “Hi, my name is Debra Austin, Irma Garcia was my cousin and one of the teachers who was killed at Robb Elementary in Uvalde, Texas (5/24/2022). Irma was a wife, a mother of 4 children, a cousin, a sister, a daughter, an aunt and a wonderful person. She would literally do anything for anyone…no questions asked. She loved her class children and died trying to protect them. Please donate whatever you can to help her family. 100% of proceeds go to the Garcia family for various expenses. Thank you and God bless,” reads the GoFundMe page. “I am also devastated to report that Irma’s husband Joe tragically passed away this morning (05/26/2022) as a result of a medical emergency. Please keep ours Family in your thoughts and prayers. I truly believe that Joe passed away from a broken heart and losing the love of his life of 25+ years was too much to bear.”

“I would like to add a note for people questioning the legitimacy of John Martinez’s GoFundMe page. It is/was 100% LEGIT. This young man was trying to do something for his Tia (aunt) and her children. Shame on those who accused him of being a fraud. He’s a great young man trying to help his family,” he added. At the time the article was written, $2,659,520 of the $10,000 goal had been raised. Among the donors are Destiny’s Child singer Kelly Rowland, ‘The Real Housewives of Atlanta’ star Porsha Williams, YouTuber Mona Kattan, author Maureen Orth and Billy Joel’s daughter, singer-songwriter Alexa Ray Joel all donated more than $2,000 each.