Theater Reviews: Metamorphosis Unplugged | Who Killed My Father | hello inside 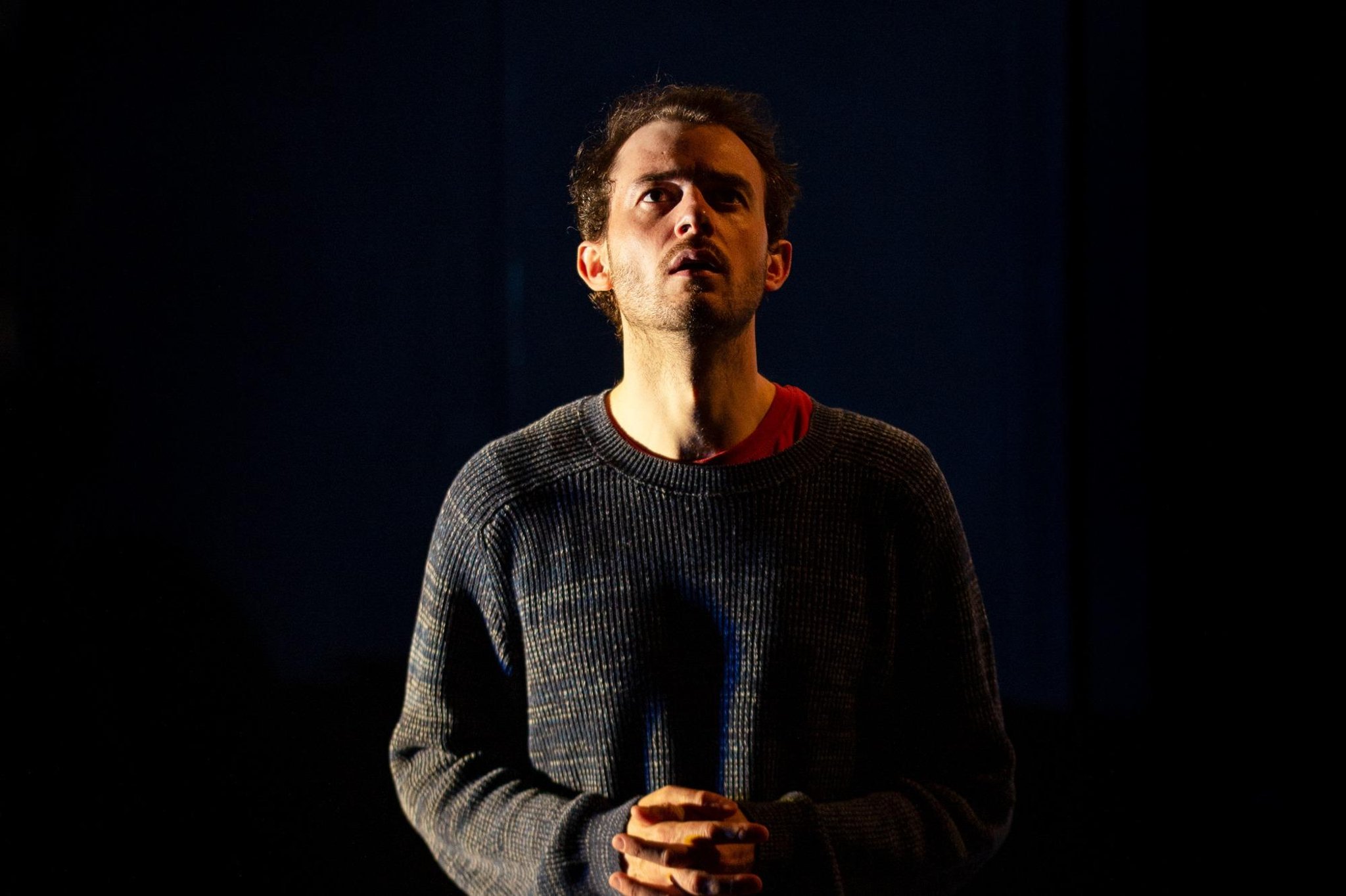 In their ingenious interpretation of Kafka’s metamorphosis, Vanishing Point takes us to the heart of one of the great classics of European literature with the simplest of means, writes Joyce McMillan

Transformations and transitions were the theme of the hour on Saturday night at the beautiful Beacon Arts Center in Greenock. A mainly middle-aged audience crowded into the main theater to see Menopause The Musical; and inside the studio, a small crowd gathered around welcoming cafe tables – complete with complimentary cake and whiskey – to witness a much more tragic story of the transformation into Vanishing Point Metamorphosis unpluggeda companion show to the company’s recent grand main stage version of Kafka’s classic.

However, this version, designed for a meeting house tour of Scotland, offers a very different take on the story. Co-created and directed by Joanna Bowman, it begins in a hall like the one we’re sitting in, where two young cleaning ladies — working for low hourly wages and hounded by their tyrannical boss Pam — clean up after a messy birthday party. Among the rubble, one of them finds a copy of Metamorphosis; Your gaze immediately falls on the first page of the story, where our hero Gregor, his family’s only breadwinner, turns himself into a giant bug, still worried about how his boss will react if he doesn’t show up to work on time .

Once this kinship is established with Gregor, the two women cannot resist reading his story further and even re-enacting the increasingly tense interactions between Gregor and his distraught family; and in the end they are shocked by the somber and tragic end of the story. “I really thought,” says one, “that Gregor would do it to the man.” All of this is brilliantly conveyed by actresses Fiona Wood and Daisy Ann Fletcher, who also co-created the show; in a short 50-minute masterpiece that uses only the simplest of devices – human voice and presence, storytelling, role-playing – to take us straight to the radical and living heart of one of the great classics of European literature.

Who killed my father – produced by Edinburgh’s Surrogate Productions with Platform, Glasgow – is an hour-long monologue that displays the same brand of radical courage as it grapples with the role of rampant class inequality in the destruction of the life and health of the author’s father.

Based on the book of the same name by French writer Edouard Louis, the monologue – thoughtfully performed by Michael Marcus – seems to take a while to reach the culminating denunciation of political leaders’ economic cruelty that perhaps should be its starting point. At that moment, however, Louis’ J’accuse rings out with a terrible clarity that echoes in French history; and leaves us hungry for more politics, and with an even deeper understanding of how a brutal economic system first creates men like Louis’ father and then destroys them.

Much gentler in style is last week’s Play, Pie and Pint drama by Cathy Forde, the latest addition to the vast canon of recent dramas about the experience of dementia. hello inside highlights two aspects of the disease, examines the process by which couples dealing with dementia tend to become increasingly isolated and the power of music – in this case the songs of John Prine – to bring them back together to connect with those who have almost lost their spoken language.

Directed by Joe Douglas, Douglas Russell, Annie Grace and George Drennan deliver beautiful performances as demented Paul, his wife Marie and his increasingly overwhelmed best friend Don; in a piece that adds to the sum total of human understanding of this vital subject and perhaps makes some in the audience feel a little less alone.

Metamorphosis Unplugged is on tour through May 22nd, with remaining dates in Peebles, Galashiels, Castle Douglas and Creetown. Who Killed My Father and Hello In There – Runs complete.

Nicola Sturgeon says she will hold a Scottish independence referendum on October 19, 2023

Nicola Sturgeon says she will hold a Scottish independence referendum on October 19, 2023