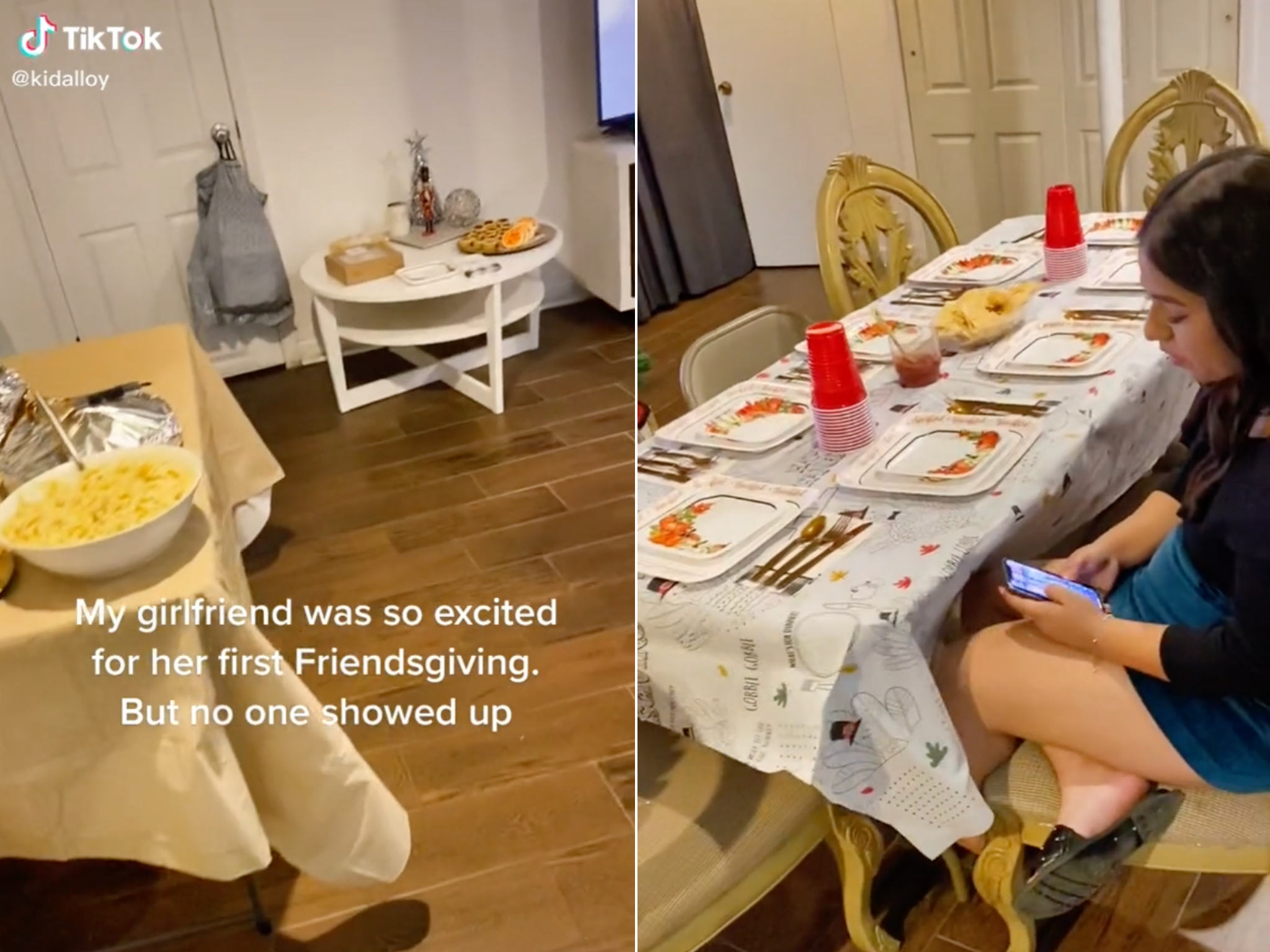 In a clip posted on TikTok by the woman’s friend, he wrote in the caption, “I’m so sad for her,” and explained what happened.

One woman was heartbroken after her friend failed to show up for the friends giving party she was hosting at her home.

The now viral video from @kidalloy showed the basement his girlfriend had decorated and the food she had cooked. It then showed his girlfriend, who was sitting alone at the nicely decorated table, as none of her friends had bothered to come.

The text overlay in the clip read: “My girlfriend was looking forward to her first Friendsgiving. But nobody showed up.

“She decorated the whole basement and cooked so much food. I always try to cheer her up, but nothing works.”

The sad clip was viewed 14.1 million times and the people in the comments expressed their condolences to the man’s girlfriend, some even offering to be her new boyfriend.

One person wrote, “No call, no show? Ma’am, these are not your friends. “

Another said: “Where do I apply to be your friend ?!”

Someone else shared a similar experience of hosting events for friends, but they stopped due to a lack of effort.

They shared, “I remember doing Friendsgiving and Friendsmas. I stopped because I realized that the only one who tried was myself in everything. “

In a follow-up, @kidalloy shared happier news when he stated that they managed to shoot the evening and still have fun.

He explained that his girlfriend initially thought her friends were all going to be late, but when the three hour mark hit she realized they weren’t going to show up.

Next he went on, “She called me and told me what happened, so I made my way to her house. I called my friends on the way there. “

Fortunately, his friends managed to save the day when they all showed up to celebrate the occasion.

He added, “You were more than gracious enough to come. They all came, they brought things with them. So it’s like having her own friends giving. So it was a happy ending towards the end. “