‘The Wheel of Time’ Season 1 Episode 4: Is Nynaeve the True Dragon Reborn? 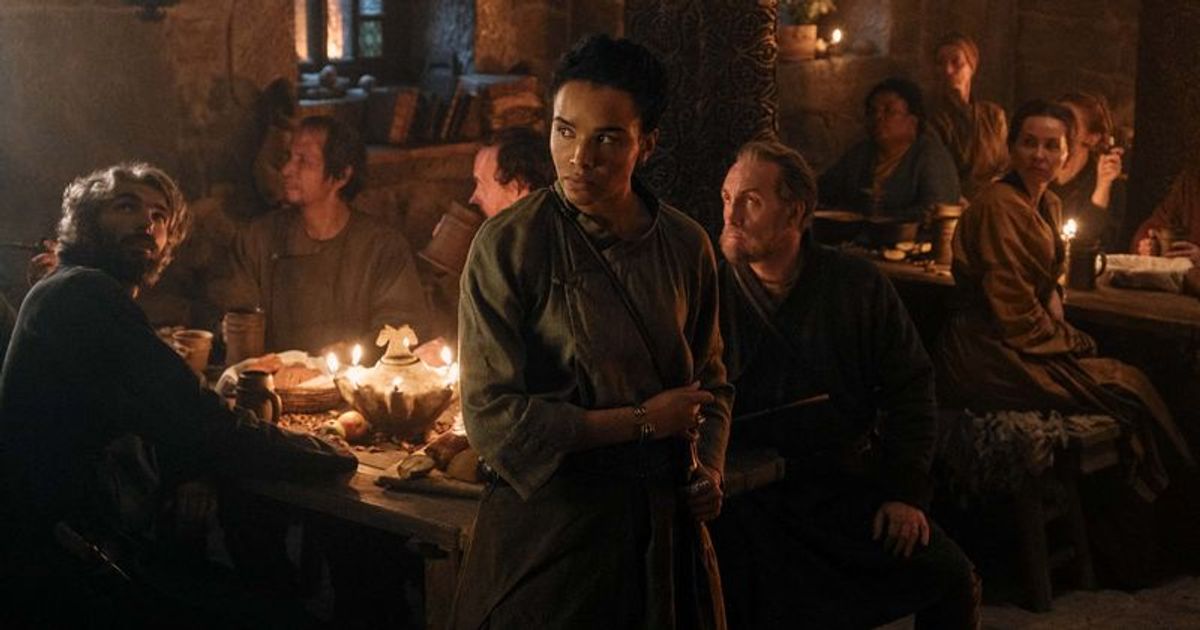 One of the most intriguing characters in the series, Nynaeve is now a candidate to be the Dragon Reborn

Amazon’s “The Wheel of Time” got off to a promising start and has all the ingredients to become one of the greatest science fiction shows of the past few years. At the three-hour premiere event, Moiraine (Rosamund Pike) showed her magical powers in the fight against Trollocs.

In episode 4 of the series, however, the focus shifts to another man. A man named Logain (Alvaro Morte) has claimed that he is the Dragon born again and that he has the power to prove that claim. But one more intriguing character has gotten into the fray, and it’s none other than Nynaeve (Zoe Robins). The mysterious character chased Mandragoran (Daniel Henney) and also killed a Trolloc.

‘The Wheel of Time’ Season 1 Episode 3: Was the Real Dragon Reborn Found?

Nynaeve and Mandragoran fight side by side on the battlefield, along with fellow Aes Sedai and Guardians. For Moiraine and Liandrin (Kate Fleetwood), however, Logain proves to be powerful. Logain uses his powers to break the chains of her magic and injure anyone who comes between them. Mandragoran’s throat is cut by a sharp object and he is dying. However, Nynaeve gets closer to his body and yells “NO” as she channels her inner strength to save Mandragoran. The whole place is covered in brilliant blue light as Moiraine looks at her with sharp eyes.

Mandragoran is rescued by her while she is sitting on the floor. The power it generated was good enough to heal Mandragoran’s wound, but it also made everyone realize that she could be the reborn dragon too. So now there are not 4 chosen ones, but 5. If you remember, the lady who wanted to bring Mat and Rand to the dark in episode 3 said that she sees “five” of them in her dreams. So Nynaeve could be the fifth contender for the rebirth of the dragon.

The show gets more intense with each episode that passes, which makes it a must-see. We hope the series continues to be interesting as it has the potential to become a successful franchise.

The Wheel of Time returns to Amazon Prime Video every Friday with a new episode.