‘The Wheel of Time’ Episode 4 Review: Alvaro Mortes Mystifies Logain and Is Exciting 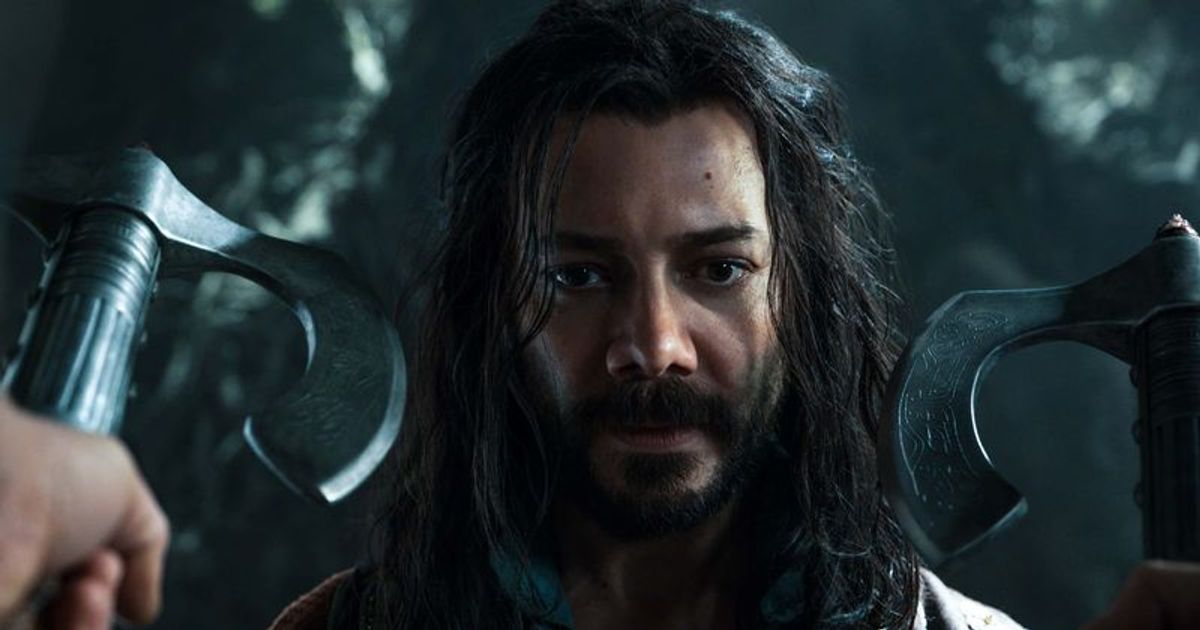 The secret of the true identity of the reborn dragon is revealed with the appearance of Logain Ablar. stepped up

Spoiler for ‘The Wheel of Time’ Episode 4 – ‘The Dragon Reborn’

The ambitious new series “The Wheel of Time” from Amazon Prime Video has just come out with its fourth episode and has absolutely not disappointed. The fantasy show, based on the books of the same name, has a brilliant cast that, when combined with the incredible production value, makes a stunning watch.

The first three episodes of the show marked the series premiere, which got off to a strong start right off the bat and the audience wished they didn’t have to wait a week for a new episode. Up until now, danger and magic have been constant as Morraine embarks on a daunting journey to reach the White Tower to deliver the potential dragon reborn. Read on to find out what happened in episode four and what we thought of it.

‘The Wheel of Time’ Season 1 Episode 4: Is Nynaeve the True Dragon Reborn?

Episode 4 starts on an exciting note as we get a taste of Logain Ablar (Alvaro Morte), a mystical man who wields the One Power while using his skills to easily overthrow an army. The voice of a mysterious woman keeps whispering to him as we see his indications that he has been corrupted due to the exercise of the One Power. It’s as clear as the day that he’s a formidable man, with the episode getting off to a strong start. However, Logain is held captive in the presence of the Aes Sedai, who admits he is making it difficult for them. Moraine being healed by one of them clearly sees the stress the man is putting on her as her healer is showing signs of stress.

Egwene (Madeleine Madden) and Perrin (Marcus Rutherford) remain separated from Rand (Josha Stradowski) and Mat (Barney Harris) and travel together with the Tuatha’an. Meanwhile, Mat and Rand, together with Thom (Alexandre Willaume), the juggler, reach a barn where they rest for the night. Mat is obviously not doing well as Rand is worried about him. During the night, Mat becomes infected by the dark, which puts him in a trance and possibly the killer of the family whose barn they were using. A fade appears, but Thom holds it back while the duo flees. Mat’s character is built up very interestingly, with definitive ramifications to follow. He may even be channeling the One Power that could potentially taint and ruin his mind, and we look forward to seeing where the journey takes him.

The climax of the episode was Alvaro Morte as Logain, who in ‘Money Heist’ throws away the professor’s cloak and stuns it as a mysterious, cunning, and powerful man who claims to be the dragon reborn. His character is certainly a threat, as even the mighty Aes Sedai are briefly overthrown and even a sister is killed in the process. They don’t know the limits of his power either, but Morraine doesn’t think he’s a potential candidate, though circumstances say otherwise. The latest episode also includes more details from the books and gives us a glimpse into the mysterious Aes Sedai, their ranks and loyal guardians. Nynaeve’s character surprised us when she suddenly channels the One Force, with the surge being extremely strong and healing everyone around her. Logain, whose power is being taken from him, may not be the reborn dragon after all, as a potential new candidate may have shown. Is Nynaeve one of the chosen five, or is her power as wisdom of remarkable strength? Only the next episode will show it.

Episode 4 of ‘The Wheel of Time’ was extremely satisfactory with Logain taking center stage. New threats and revelations keep us excited about the next, with dangers on the horizon and enemies rapidly approaching.

“The Wheel of Time” is streamed on Amazon Prime Video, with new episodes released every week.