‘The Wheel of Time’ Episode 4: Fans ‘Can’t Get Enough’ from the epic ending, hit replay 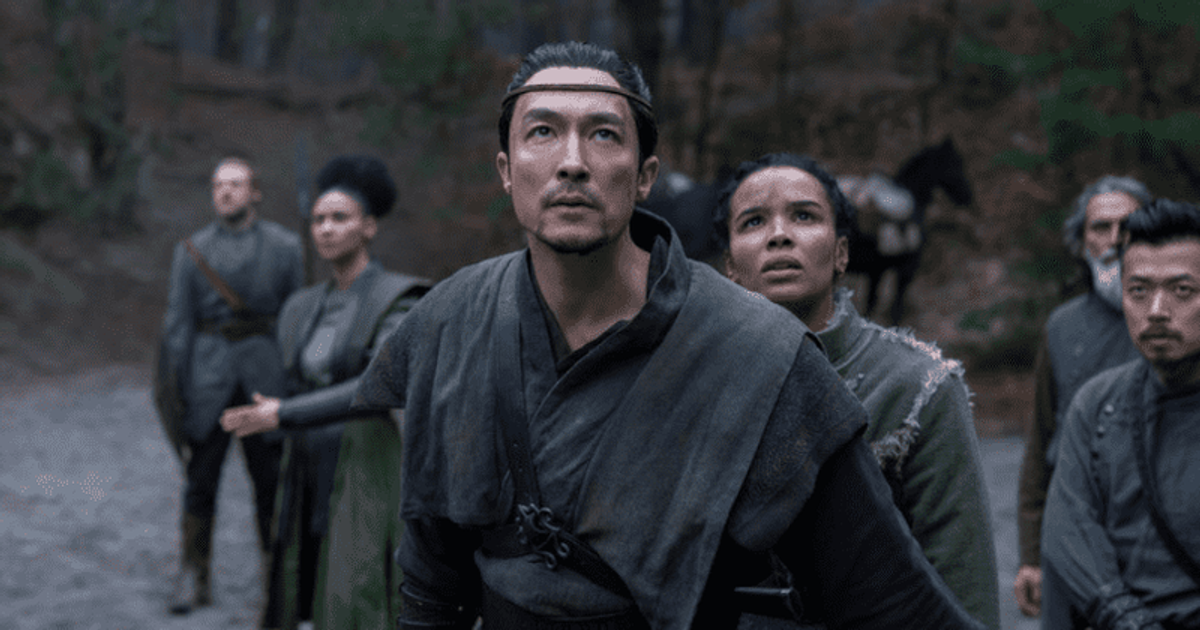 Spoiler for ‘The Wheel of Time’ Episode 4 ‘The Dragon Reborn’

Another Friday and the fans were blessed with the fourth episode of ‘The Wheel of Time’. The epic fantasy series Amazon Prime Video had its premiere the previous week and started with a bang. Fantasy lovers and those who have read the books the show is based on were incredibly delighted with the first three episodes.

“The Wheel of Time” follows the arduous journey of Moiraine Damodred (Rosamund Pike) as she takes under her wing four potential humans who could be the reborn dragon, a prophesied being that could change the course of history. With the dark one also battling to find the dragon reborn, the show is filled with wild adventure and danger at every turn. The fourth episode was also very pleasant. Read on to find out what happened and what fans think of it.

‘The Wheel of Time’ Season 1 Episode 4: Logain takes on Aes Sedai in an epic battle

Episode 4 of the fantasy series was quite a thrill, which made for a fabulous episode. From Mat Cauthon (Barney Harris) slowly being taken over by darkness to in-depth exploration of the mystical Aes Sedai, the episode brought a lot of excitement. The highlight was brought in the form of Logain Ablar (Alvaro Morte), a powerful magician who has been corrupted through the use of the One Power and who regards himself as the reborn dragon. His appearance saw an epic battle scene in which his army was taken over by the powerful Aes Sedai.

Before freeing himself from the women who hold him captive, Moiraine Damodred tells him that he is nothing compared to a real reborn dragon. His freedom costs the life of one of the Aes Sedai sisters and also causes fragments of an ax to blow away, injuring many and cutting Lan Mandragoran’s (Daniel Henney) throat. Nynaeve al’Meara (Zoë Robins) the wisdom who seemed to have grown fond of him cannot handle watching him bleed to death and in an epic moment suddenly channels the One Force that miraculously heals him and those around him. This breathtaking revelation made her appear in a blinding flash of light as Logain watched the power wave with tearful eyes. Nynaeve’s new manifestation of the Power of One made for a compelling scene that also implied that she was the potential dragon reborn. All of these actions happened towards the end of the fourth episode, which left viewers hungry for more.

The ending was so epic that fans rushed to watch the episode and scene again. Those who couldn’t get enough exclaimed that they had repeated it multiple times and headed over to Twitter to share their excitement over the latest episode.

One of the fans commented, “I’ve watched the last 10 minutes of #TheWheelOfTime Episode 4 about 8 times now and I haven’t recovered, I’m a mess and so happy”. One of the tweets read: “#TheWheelofTime episode 4 … OMG !! All I can do is watch the last 5 minutes while I scream MY GIRL #NYNAEVE !!!”. One viewer commented: “Lying in bed trying to sleep and can’t stop thinking about episode 4 #TheWheelOfTime #TwitterOfTime”.

One fan said, “Do I really have time to play on my TV for the last 15 minutes while I get dressed? You can bet I will! CAN NOT. RECEIVE. ENOUGH! #TheWheelofTime “. Another tweet read: “Excuse me while watching episode 4 of #TheWheelOfTime for the second time …”. Another viewer commented: “Episode 4 of #TheWheelofTime was insane. So good. I’m just impressed with how well the show is done.