The Whale (LFF Review): Brendan Fraser’s comeback is unforgettable and as harrowing as it gets 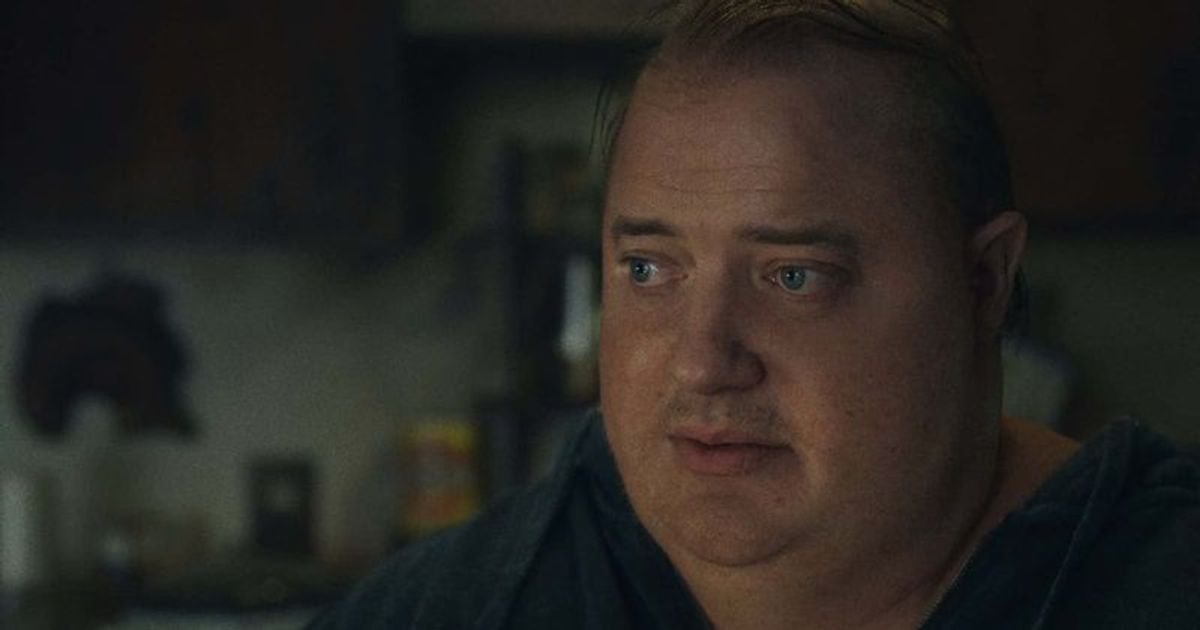 In The Whale, Fraser makes sure people know how much he regrets making some decisions in his life

As a writer and journalist, I watched several films and spent countless hours trying to find the right words to let people know what I thought of the films I saw recently. But there are days when the entire theater, including myself, struggles to say how they actually felt about the film, and Brendan Fraser’s The Whale is just such a title. Once the credits rolled, no one had anything to say and people just sat in their seats wondering how to describe this piece of cinema.

So, based on the 2012 play of the same name, The Whale focuses on the final days of a man named Charlie (Brendan Fraser), an online English professor who wants his students to write something authentic and reconnect with his estranged Daughter connect Ellie (Sadie Sink). Charlie gained a lot of weight after the tragic death of his partner. The sudden death of his partner devastated him and he began to suffer from an eating disorder. Converting a play into a film isn’t easy as the filmmaker has an obligation to stay true to the source material and that can sometimes be difficult. Kudos to Darren Aronofsky for not missing anything and for telling the story of Charlie by confining the film to his (Charlie’s) apartment.

To be clear, this movie is all about BRENDAN FRASER. From scene one you get the sense that this role was tailored for Fraser and he did everything he could to make the film worth seeing. There is no doubt that Fraser will be included in the list of actors to be nominated for the Oscar trophy for best actor. Whenever he’s on screen, you think how beautifully he can convey his feelings to viewers. Fraser painfully conveys how difficult it is for his character to go about his everyday life. Even getting up and walking feels scary for Charlie. Even if you just see him sitting on the sofa, you will understand how much he is in pain and just waiting for his life to end. Kudos again to Fraser for such a magnetic performance and without him The Whale wouldn’t have been as special.

The film is not only about Charlie’s eating disorder, but also about grief, redemption and regret. But there are also some moments where you feel like the insults being hurled at Charlie are being overdone, and the way people are acting towards him is also pretty hard to watch. Those moments can make ‘The Whale’ a bit disappointing, but Charlie’s composure and empathy kills it all and you just want this man to have a happy life even when you know his end is near.

Sadie Sink and Hong Chau also did phenomenal work. They are two of the most important people in Charlie’s life and they are completely opposites. But Charlie loves them and knows what these people sacrificed for him.

The Whale has its flaws, but good direction and a great performance by Fraser make the film unforgettable. Always take some tissues with you when you see this film because Fraser will have you sobbing effortlessly. Beneath all the pain and trauma, the film has a very big heart.

Aaron Rodgers leaves the game with another injury against the Eagles

Aaron Rodgers leaves the game with another injury against the Eagles