‘The Voice’ winner named Tom: Where are you now? 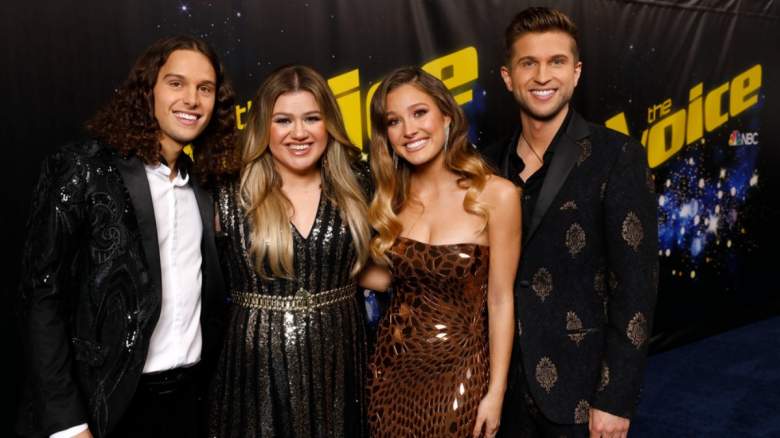 The Voice trio of siblings, Girl Named Tom, won the show at the end of season 21 alongside their coach, Kelly Clarkson.

The group consists of siblings Josh, Bekah and Caleb Liechty. They recently performed at an arena in their hometown.

“First taste of arena life,” the group wrote alongside a video of themselves walking through an arena they returned to after initially having to cancel their performances due to COVID-19.

According to NBC 4 in Columbus, Ohio, the group returned to the state for a total of six concerts, the first of which will be on August and the last on October 16.

In a July 19, 2022 Instagram post, the group, which consists of siblings Josh, Bekah, and Caleb Liechty, revealed how many streams their song “Helpless Hoping” has amassed, which at the time was over 1 million.

“This song brought so much joy…” they wrote. “And brought so many dreams to life. We recorded this version during covid with @mollieb_music & @tedlangemusic and who knew millions of music lovers would be listening along with the amazing @stephenstillsofficial himself.”

They added: “We still sing it on every show and every night, it’s one of the strongest moments. THANKS everyone for streaming!!!”

The song has been out since 2020 and they performed it on The Voice.

“Yes, we have three shows over the weekend after our dad died,” Caleb shared. “Which you might be wondering, why would we do that. So are we, sort of.”

He continued: “But we want to be able to get them out of the way so we can really get involved in processing his death and planning his funeral service which is coming up over the next few weekends, that’s very important to us. ”

“He really wanted us to do these shows,” he said. “He spoke about his death, and he [said] don’t let my death stop you from doing these shows. He didn’t get his wish on Thursday night but he will be with us tonight.”

Bekah added her thoughts as well.

“We just wanted to come here and say thank you so much for all your condolences and sympathy and kindness that you have showered on us with this whole process.”

Caleb said they were just “happy to be able to sing while we’re still here and singing for him and everyone else too.”

In the comments section, there was a surge of support from fans and other The Voice contestants. “Sending you love and support,” commented Season 21 contestant Wendy Moten

The group told fans their father’s health deteriorated while they were on The Voice.