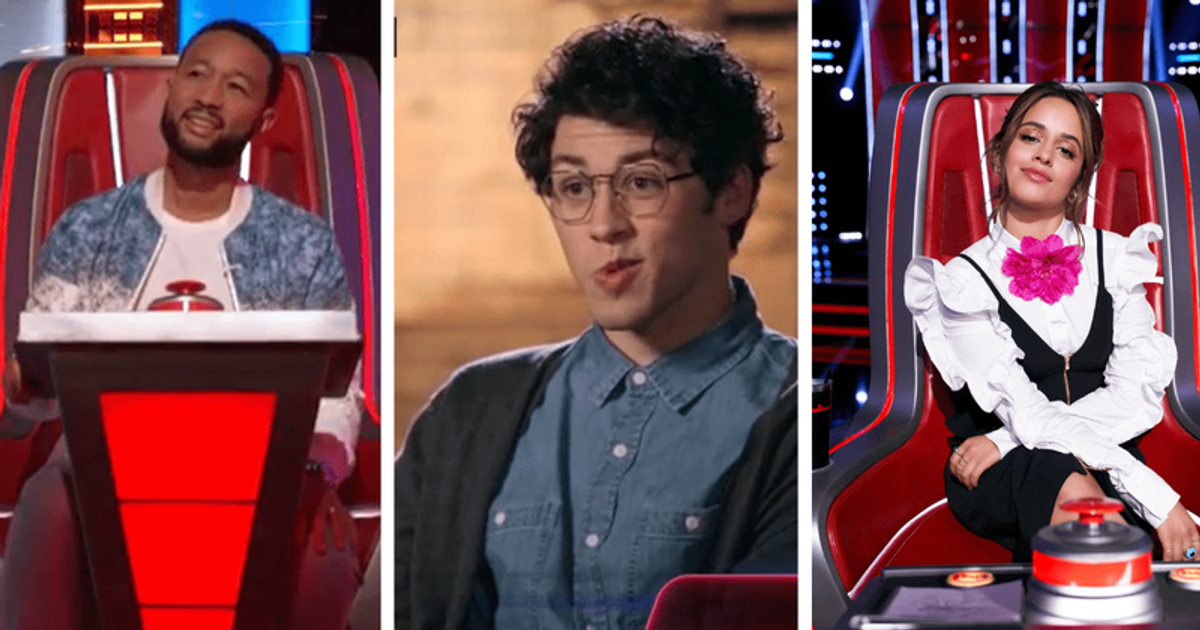 In the 21st season of The Voice, all four panelists struggled to perfectly address the selected contestants. However, it seems that Camila Cabello wins the most on the show. On the September 20 episode, Camila managed to get a Pennsylvania singer Chello to choose her team.

Chello came to the audition with his two best friends. And they are the ones who have thoroughly pushed the singer to continue pursuing his passion. He sang “Walk Me Home”. And in the first few seconds, he flipped two chairs, Camila and John Legend. Well it was an uphill battle between the two judges to get Chello on their team. Well, it seems that Camila, who said she will “get on her knees and ask to join him,” nicked Chello into her team. Camila went on to praise the budding star, saying she sees in Chello the same thing she sees in some of her favorite artists.

RELATED ARTICLES
The Voice 2022: Who is Kate Kalvach? Blake Shelton mutes Camila Cabello to win over his colleague Okie

Chello is a 22-year-old singer from Chester, Pennsylvania. He started his music career at the age of 15. However, to make a living, Chello works as a customer service provider. The singer made it clear in his audition round that he doesn’t like his job and only does it to make some money. Well, the thing about his job that takes its toll is when customers start yelling and asking various questions. Chello knows he won’t be doing this for long. Instead, he wants to be a writer, producer and singer. Chello has a calm and easygoing personality.

John and Camila had an uphill battle over Chello. But in the end, Camila managed to put Chello’s precious voice in her pocket. One fan commented: “CHELLO IS MY SECRET WEAPON! – CAMILA CABELLO #THEVOICE #TEAMCAMILA“. Well, others tried to comfort John for not getting Chello on his team. “It’s alright John, you can steal Chello [email protected] #TheVoice,” said one fan.

Additionally, upon seeing the great bond between Chello and his friends, fans said, “I really thought Chello and his ‘besties’ would end up being a crazy group – he’s like ‘I sing and dance alone during the remote work breaks ‘ Energy (not that there’s anything wrong with that) — kinda surprised one of them turned around (he’s good but not GREAT) #TheVoice’ ‘The Voice’ fans understand it was obvious to the judges that appreciate someone with such a great voice. However, some fans were skeptical about Chello’s voice: one said: “I don’t know what to think of Chello – I’m glad the judges give him credit for #TheVoice BUT if he had tried his hand at AI then he wouldn’t There’s no way the PAs would have let him through to the judges before the audition #VoicePremiere.” Undoubtedly, many fans love Chello.