The Voice Season 21: Who is Brayden Lape? Fans thank Camila Cabello for convincing Blake Shelton to go with a Michigan teenager 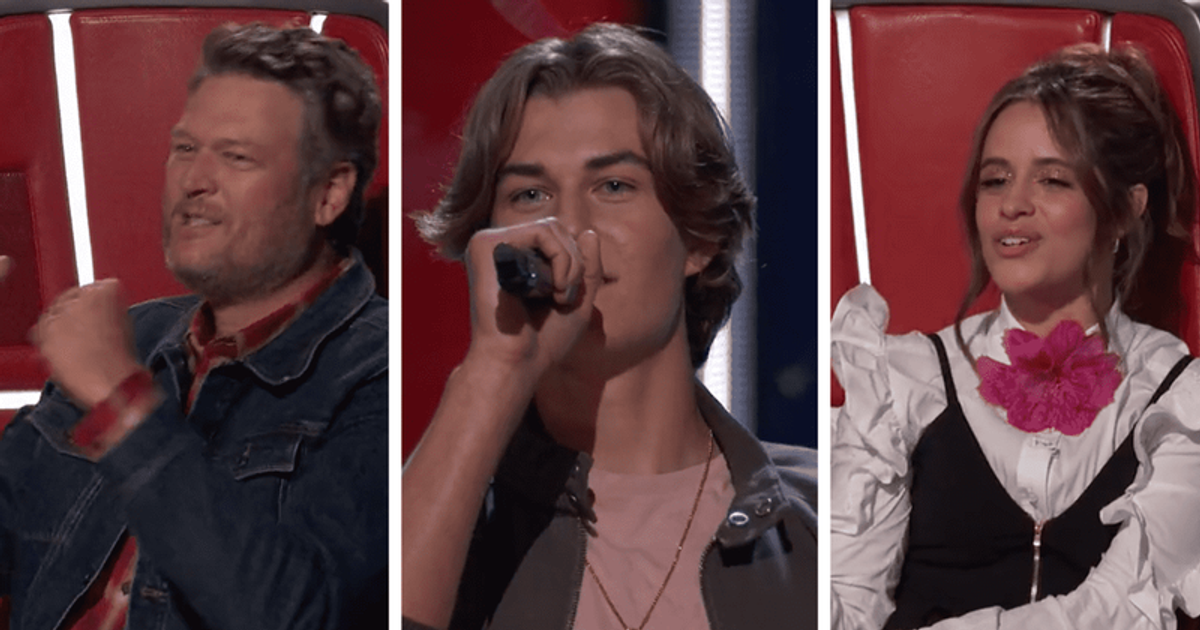 Brayden Lape won viewers’ hearts by singing Niall Horan’s “This Town,” as fans wonder how a 15-year-old could sing so exceptionally well

LOS ANGELES, CALIFORNIA: Your destiny cannot be changed! The same was the scenario with Michigan native Brayden Lape. At first it looked like none of the judges turned their chairs during their performance. However, things didn’t turn out the way we envisioned when the young singer lined up as a contestant for season 21 of The Voice.

Brayden sang Niall Horan’s “This Town” during the show’s audition round. After being picked for another round, Gwen Stefani excitedly shouted, “They have new coaching parents” as she regretted not picking up Brayden. However, she thanked God that he’s still around on the show. On the other hand, Camila Cabello complimented Brayden by saying, “This guy sounds like he could be on the radio.”

Who is Brayden Lape?

Brayden is a 15-year-old singer from Michigan with a thoroughly athletic personality. He plays basketball, volleyball and soccer. The 6’4” tall singer has an innocent face. He came to the audition with his family. While explaining to Brayden, his sister confessed that she never thought he would be on the show as he has an introverted personality.

According to his sister, Brayden doesn’t talk much, but he loves going to the fields, fishing and spending time with his family. During his performance on stage, Brayden did not get a chair turned for a long time. However, Camila managed to convince Blake to flip his chair. She convinced Blake to push the button as Brayden could be an asset to his team. In the end, Blake pushed the button. Well, it seemed like Blake had always been Brayden’s first choice.

Fans couldn’t believe how someone as young as Brayden could sing so well. One wrote in amazement: “Brayden is 15?!?! He’s one of those guys who’s been told he can do anything – and will REALLY excel (whenever he focuses on that ONE thing – as of writing this I was expecting him to be NOT good, but WOW MAD POTENTIAL) #TheVoice #VoicePremiere.”

Another fan congratulated Blake on bringing such a fine singer to his team, as they wrote: “Congratulations Mr. Blake Shelton on your big night on the Voice show tonight and I want to say that I’m with Camilla together that Brayden is your secret weapon this season and I believe you can win that with any artist and music genre and your team looks great @blakeshelton #TheVoice.”

‘The Voice’ fans also thanked Camila for convincing Blake to add Brayden to his team. “@camila_cabello #TheVoice, thanks for getting Blake to spin for Brayden. I agree he’s a keeper.” Another fan congratulated Blake by tweeting, “@blakeshelton #TheVoice Camila is right girls will love Brayden!”

The Voice season 21 airs every Monday and Tuesday at 8/7c on NBC.