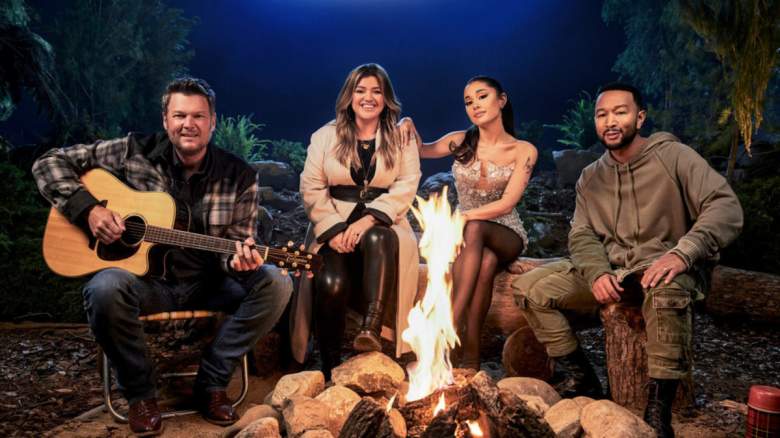 “The Voice” and “The Kelly Clarkson Show” star Kelly Clarkson has officially been granted two permanent restraining orders against two different people, according to TMZ.

According to the outlet, Clarkson’s restraining orders were made permanent on Thursday, January 19, 2023. The orders target a man named Victor Fernandez and a woman named Huguette Nicole Young.

The orders, according to TMZ, state that the two people must stay at least 100 meters away from the celebrity and their children. They are also not allowed to have any contact with Clarkson or her family.

The restraining orders were both issued in December 2022.

Clarkson applied for the order with the help of her attorney, Ed McPherson. According to the outlet, Fernandez reportedly made multiple appearances at Clarkson’s home, including at least one incident in a semi-truck.

The singer’s chief of security, Michael Lopez, says in documents obtained by TMZ that Fernandez arrived at Clarkson’s home in a tractor-trailer on Thanksgiving in 2022. According to the documents, he returned two more times that day and told security he was there to speak to Clarkson. The documents allege that he showed up again on December 3 and told staff Clarkson had invited him.

On December 9, 2022, Clarkson was granted a restraining order against Young. According to court documents first obtained by TMZ, Lopez claimed Young visited Clarkson’s home at least 18 times, all uninvited. The documents also allege that Young left gifts such as dog toys, stickers, plants, and seeds on the porch.

While not specifically related to the restraining orders, there are reports that Clarkson has asked to move her show, The Kelly Clarkson Show, from Los Angeles to the East Coast. According to Variety, Clarkson plans to move her show to the New York Metro’s tri-state region, which includes New York, New Jersey and Connecticut.

The move, the outlet said, would bring Clarkson closer to her family and could bring better tax incentives.

It’s unclear what that would mean for Clarkson’s future on The Voice. She’s been a fixture on the singing competition show for almost a decade, although she took her 22nd season off the show to spend more time with her kids. Currently, Clarkson is able to film both her talk show and The Voice on NBC lots in Los Angeles, so the arrangement works for the singer. If her talk show moves to the East Coast, it could mean stepping away from the big red coaching chairs.

Either way, Clarkson fans are looking forward to the singer’s next album, which is due out in 2023. Clarkson confirmed the news in a segment celebrating the New Year on her show.

“It took me a minute to get this album out because I just had to get over it. I had to get over it to talk about it,” she shared during the segment. “I know people want to ask me about the album and the songs, and I just feel like it took me a minute, so I’m glad it took a minute because we ended up actually writing – one of the last songs written for the album could be one of the singles we release.”

The singer added, “It’s really cool and it’s a great arc of a whole relationship. It’s not all sad or crazy, but that’s in there.”

She also called the cover shoot for the album “incredible” and said she was “really able to visually explain what’s happening sonically on this album. It’s really freaking cool.”

“You’re going to want this on vinyl just because of the image that’s going to be on the cover, that’s amazing that hasn’t been photoshopped,” she shared.