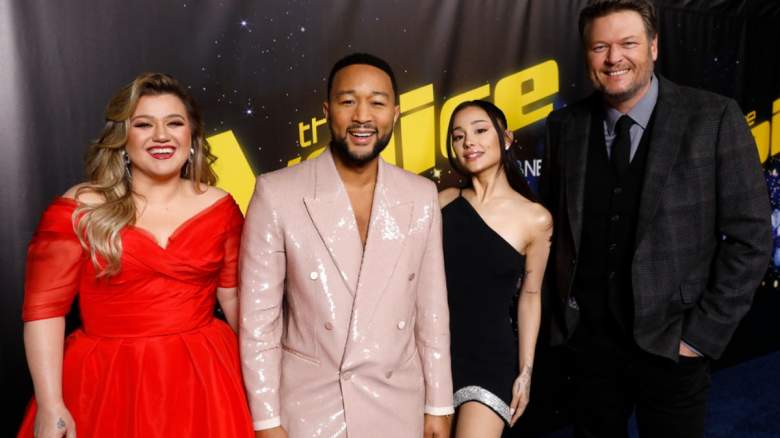 Music superstar and The Voice coach Ariana Grande shared a cover of Somewhere Over the Rainbow to prove to people she’s still a singer. The video came in response to people in her comments telling her she’s not even a singer anymore.

On Friday, January 20, 2023, the 29-year-old singer shared a TikTok video in which he replied to people who asked, “Why aren’t you still a singer?”

She captioned the TikTok video: “I wanted to sing you a little bit but I don’t want to sing anything that isn’t ‘Ozian’ right now 🙂 Sticking with my little bubble for now. … made with lots of love.”

The singer is currently filming the two-part Wicked, which is an adaptation of the Broadway musical. She plays Glinda in the film alongside Elphaba, who is set to be played by Cynthia Erivo. The first part is scheduled for release in 2024.

In May 2022, Grande launched her YouTube channel, REM Beauty, about her music career and revealed to the outlet that she is not currently working on any new music. In 2020 she released her last album “Positions”.

When responding to fan questions, Grande shared that she wanted to be transparent about when a new album would be out.

“I’m nervous about answering that question, but I feel like I want some transparency and honesty with my fans,” she said. “The truth is I haven’t started an album. I understand that you have many theories and expectations in this department.

She shared that she worked as a coach on The Voice and auditioned for Wicked.

“That was around the time I started hearing rumors about an upcoming audition for ‘Wicked,’ so I went into full prep mode while filming ‘The Voice,'” she shared. “I shot every day and then took classes because I just wanted to be prepared.”

She added: “I know I know the material like the back of my hand but I still have so much to learn and I want to be in top shape so I’ve been trying quite hard to prepare.”

The singer said the role had “every bit of me, every minute, every ounce of my heart, my time, my soul.”

Grande only coached “The Voice” for one season, and she didn’t have an artist that made it to the finals. The star was a huge asset to the show, but she only stayed for one season. It’s possible she will return in the future, but she was cast on Wicked while she was coaching and wanted to leave to spend her time doing the two-part musical.

With Blake Shelton leaving “The Voice” after season 23 and Kelly Clarkson’s future on the show in question, it’s possible that Grande will return to her big red chair for a redemption arc in the future. Trainers like Gwen Stefani and Nick Jonas have left and returned to the show multiple times.

The Voice is slated to return on March 6, 2023 for season 23, with trainers Blake Shelton, Kelly Clarkson, Niall Horan and Chance the Rapper.