The Voice 2022: Who is Omar Cardona? John Legend claims this four-chair artist could win the show 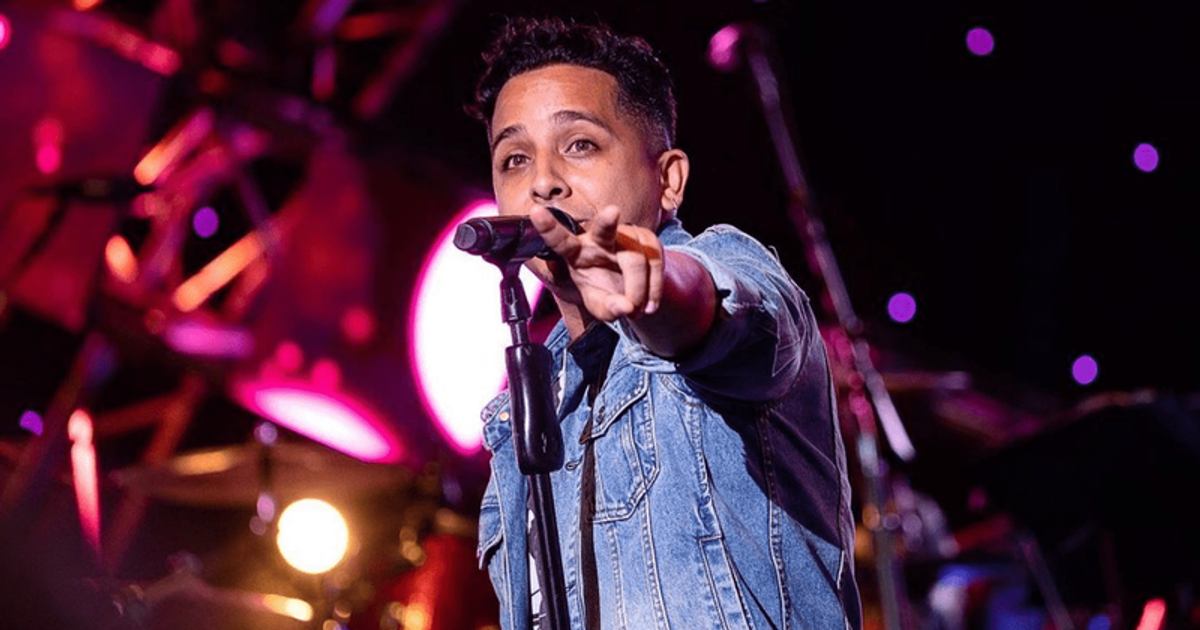 LOS ANGELES, CALIFORNIA: The highly anticipated 22nd season of NBC’s hit singing competition show ‘The Voice’ kicked off with a rousing performance from Morgan Myles that ended not only with a four-chair spin from the coaches, but a block away from that new coach Camila Cabello versus Gwen Stefani.

After watching Morgan set the bar pretty high with her performance, we couldn’t help but feel sorry for the performer having to follow her up. But we were proved wrong almost immediately when Omar Cardona started singing to Separate Ways by Journey. It came as no surprise when Omar also managed to get the coveted four-chair round from trainers Blake Shelton, John Legend, Gwen and Camila. John was so impressed with Omar’s “twists” in his performance that the celebrity judge declared that Omar could be the season’s winner! If you’re wondering who this contestant is that managed to garner so much praise from the legendary EGOT winner, then we’ve got you covered.

Who is Omar Cardona?

Omar Jose Cardona is a 33-year-old full-time artist from Orlando, Florida. He has been making music as a full-time career for 15 years. On his Sound Better profile, Omar revealed that he has been a professional singer since graduating high school in 2007. He said: “I graduated high school in ’07 and have been a professional singer ever since. I’ve never had to have what people call a regular job. My gift has kept me working, thank goodness.”

He has been associated with Disney in a variety of capacities, from session singers to providing backing vocals. He provided backing vocals for Jordan Fisher, which he considers one of his proudest accomplishments. “I sing BGVs for Jordan Fisher (an accomplished Hollywood actor/singer). Working for JF for about a year has changed my career path in a direction I want to go further,” he explained. When asked about his strengths, Omar said, “I have a very high belt (E above high C) and my riffing skills are tremendous.”

He has worked with the award-winning a cappella group Voice Play and sung on a trio of singles, including covers of Kansas’ “Carry On Wayward Son” and Aerosmith’s “Dream On.” He also performs with an Orlando-based band called Epic Party Band, which specializes in pop and dance music. In his Instagram bio, Omar describes himself as “Professional singer. Loving son, brother and friend. Polyamorous. Twitch Gamer (Omaj_88). All in all a human.

Omar had barely finished his first note when John immediately decided to turn his chair around. The other coaches soon followed, with Camila taking the last turn. Although Gwen and Camila tried to lure Omar onto their teams by praising his performance, it was Blake and John who engaged in a kind of bidding war to get the Florida-based singer on their team. John attempted to bring Omar into his Team Legend by imagining how his singing would sound in different genres, while Blake adopted the strategy of drilling holes in John’s feedback to win Omar over.

A very amused Omar decided to join John’s Team Legend. He expressed his vision of creating a genre that blended pop and old-school rock. John was so happy to have a four-chair gymnastics performer on his team that he continued to rave about the youngster’s performance. I went as far as saying, “I told him he could win the vote, and I believe that.” We just have to wait and see if John’s predictions come true.