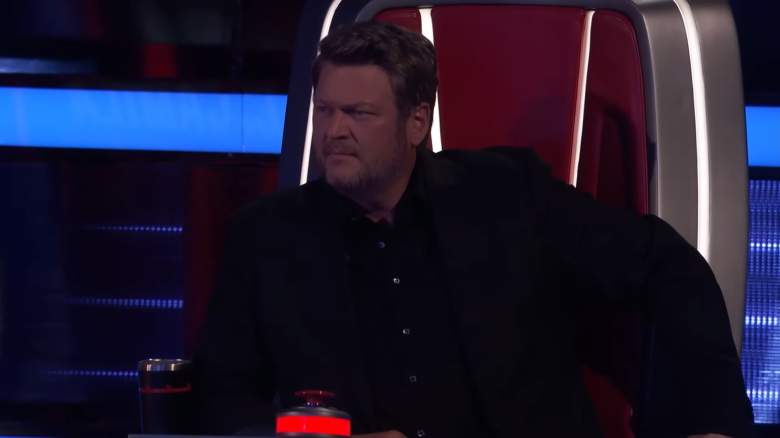 Read on to see what the members of the Blake Shelton, Camila Cabello, Gwen Stefani and John Legend teams choose for their first live show, and what the coaches are saying now that the decision is in viewers’ hands.

Voting information can be found HERE.

The episode began with host Carson Daly welcoming the coaches, contestants and audience to the first live shows of the season. With 16 performances to get through, we dived right into the show.

For the first live performance of the night, Omar Jose Cardona chose Bon Jovi’s ‘Livin’ On a Prayer’. Omar used the whole stage and went back to sing with the band at one point. Camila said Omar was in his element on the live stage and John said his voice was “out of this world”, praising his passion and musicianship.

Kim Cruse noted that the fan response to her “Voice” run was great and that tonight she’s singing Aretha Franklin’s “I Never Loved a Man (The Way I Love You).” Blake praised Kim’s vocal strength, while John argued that she balances that power with beautiful smoothness. Blake said she was the only one sane to sing Aretha Franklin this season.

Sasha Hurtado started out on Team Camila before being stolen by Team Gwen and then a second time by Team Legend. Sasha is filling in for her new coach, John, and singing “Tiny Dancer” by Elton John, although she feels she’s benefited from the expertise of all three mentors on the show. Jealous of not having Sasha on her team anymore, Gwen said she was in charge of the stage and John agrees that Sasha knows she belongs on the show now.

Parijita Bastola ended Team Legends’ first live performances by singing Lady Gaga’s “I’ll Never Love Again” from A Star Is Born. Camila asked, “Who hurt Parijita?!” joked about how much emotion Parijita was able to evoke through the performance, and John agreed that it was very emotionally honest.

Kique continued his creative knockouts arrangement with a cover of Harry Styles’ “As It Was.” Kique slowed down the song from the original recording. Gwen said Kique sees and knows his voice very well and how to work with it to achieve a successful arrangement and performance.

Team Gwen’s newest member, Kevin Hawkins, opened his live performance by greeting the audience before diving into Silk Sonic’s “Skate.” Blake said he hopes everyone votes for Kevin and praised his funny and entertaining performance. Gwen said she was thrilled to see him blossom on stage.

Alyssa Witrado covers former vocal coach performing Miley Cyrus’ “Angels Like You.” Camila loved Alyssa’s voice but wished the singer would lose herself more in the song. Gwen was proud that Alyssa kept the tone and said people don’t realize how difficult that can be with her vocal style.

Morgan Myles chose Patty Griffin’s “Let Him Fly” for her debut live performance. Blake said he was so glad to hear she picked a country song and that she looked like a star. Camila called Morgan a fortune teller.

Eric Who took the stage for a dramatic rendition of Adele’s Rumor Has It. He had the band come up with a rock ‘n’ roll/punk arrangement with electric guitar. John complimented Eric’s arrangement, especially on the bridge. Camila echoed Eric, who said during his performance, “Welcome to ‘The Eric Who Show'”.

Team Camila’s newest member, Kate Kalvach, took the stage for her rendition of Shania Twain’s “You’re Still the One,” though the singer had issues with her ear monitors during the performance, pointing to her mic a few times and the monitor took off during the song. The coaches praised her for persevering and said they couldn’t tell it happened. Clarifying how important the in-ear monitor can be for a singer, Camila said she got better during the performance.

Team Camila’s final appearance that night was Devix singing “Sex on Fire” from Kings of Leon. John said Devix should be on the radio and chose the right song but wants him to let loose a little bit more. Camila said it was good feedback, noting Devix’s guitar playing and saying he looked like he was having fun.

Bryce Leatherwood opened Team Blake’s performances with Travis Tritt’s “I’m Gonna Be Somebody.” Blake shouted “Touchdown!” as he finished the song, and John praised the song choices and the credibility of the performance. Blake was excited and said everything about Bryce is heartfelt.