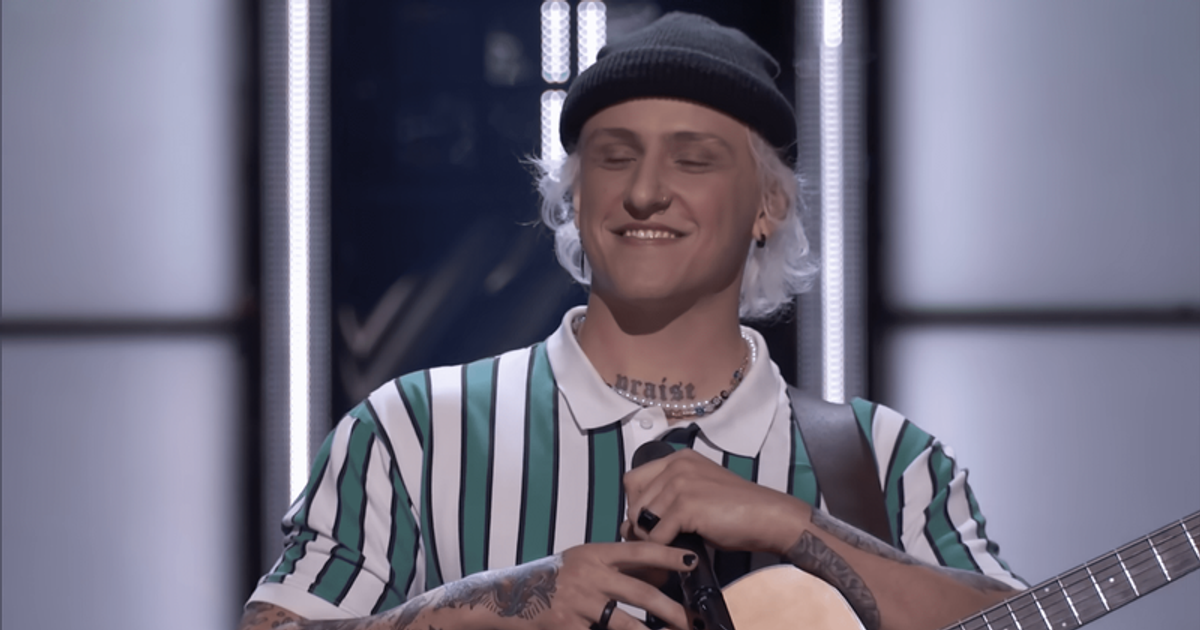 Considering his dismal luck this season, Blake pulled out all the stops to get four-chair turn performer Bodie to join Team Blake

LOS ANGELES, CALIFORNIA: It’s pretty rare that ‘The Voice’ coach Blake Shelton is desperate when he’s trying to convince a singer on the singing competition show to join Team Blake. As the show’s eight-time reigning champion and country music icon, Blake has positioned himself as one of the NBC show’s most in-demand coaches.

But when Bodie, 29, took the stage during the blind auditions and performed to his version of The Fray’s “You Found Me,” Blake couldn’t help but pull out every trick he could to get Bodie to get himself to join Team Blake. If you’re curious to learn more about this singer whose four-chair performance had coaches bickering to have him on their respective teams, then read on.

Who is Bodie from The Voice Season 22?

You can watch Bodie’s performance here:

Bodie is a 29-year-old musician from Ladera Ranch, California. Unlike many of his peers on The Voice, Bodie has a track record of success in the music industry. The California native collaborated with rapper Gnash and released several singles and two EPs. Two of his songs have received over 1.3 million streams on Spotify! Bodie is married to a photographer named Royale and the couple have three children together. Bodie, who suffers from alopecia, revealed in a video that he not only uses music to raise awareness about the autoimmune disease, but also to express himself.

For his blind auditions performance on The Voice, the 29-year-old chose The Fray’s You Found Me. Armed with a guitar and velvety smooth vocals, Bodie put his own spin on the song. He barely finished his first note when Blake Selton decided to turn his chair around. Soon John Legend, Gwen Stefani and finally Camile Cabello were turning their chairs for him. The coaches couldn’t stop raving about his four-chair rotation performance. Each of the coaches tried to persuade Bodie to join their teams by suggesting how they could help him on his journey on the show. Considering his dismal luck this season, Blake pulled out all the stops to get Bodie to join his team. From praising the young singer for his unique and memorable voice, style and looks, to tricking fellow coach John into constantly reminding him that he was the first coach to turn his chair, Blake did everything in his power Standing to woo Bodie.

It looks like Blake’s ruse worked when Bodie decided to join Team Blake. Just like Blake, the fans recognized the immense talent of the native Californian and already celebrated him as the winner of the season. Several fans watched the show’s YouTube clip of his performance to predict he would win the season. One fan commented, “His voice is so flavorful and he’s found his sound. Definitely a finalist, hopefully the winner.” “This is EXQUISITE!!! He could be the winner; there is so much talent this season,” one fan wrote. “WOW! That voice is amazing!!! I wonder what else she can do?! He’s a winner no matter what!” echoed a fan.

We can’t wait to see Bodie’s journey in The Voice.