The veteran journalist asks Meghan Markle to find out “what’s most important to her” and not just be a “complaint brand”. 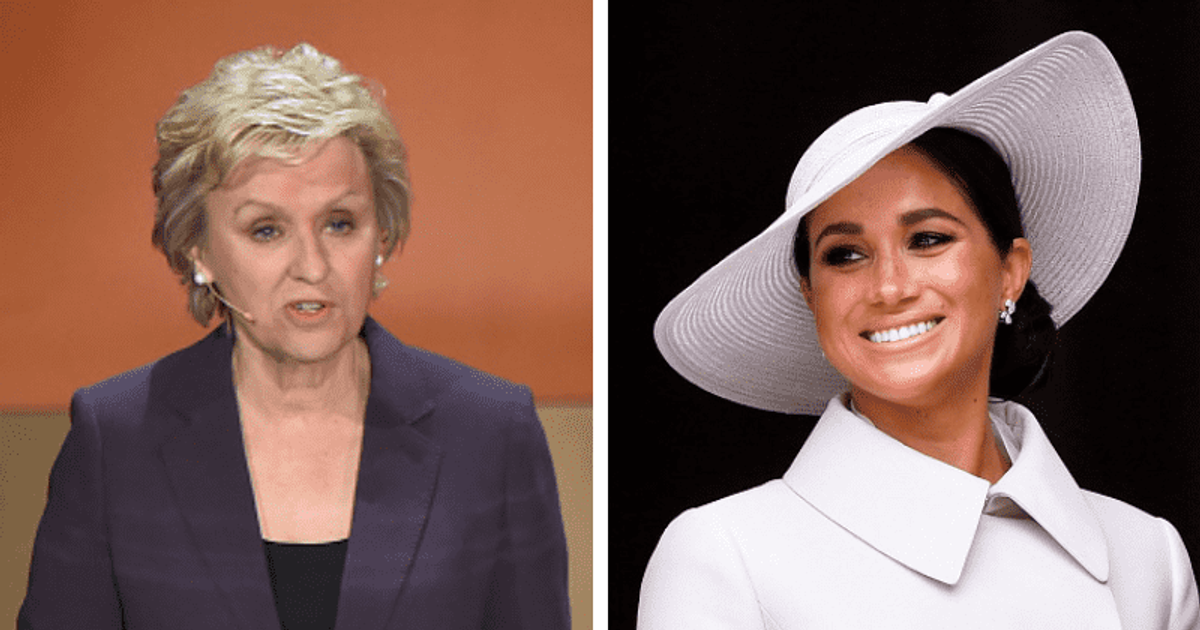 “The Sussexes didn’t realize how difficult it was to create a competing platform. They’re essentially at the mercy of the PRs,” said Tina Brown

CHELTENHAM, ENGLAND: Tina Brown, a former editor of Vanity Fair, said Meghan Markle needed to identify and devote herself to a specific purpose in order to develop her own brand. Brown also said Prince Harry, 38, would “always be royal” as the son of King Charles and Princess Diana. The award-winning journalist’s statement came in response to a question about how long the Sussex brand can last now that the couple is slightly outside the royal herd.

The royal expert told the Cheltenham Literature Festival: “He will always have the iconic status that that has. He has an identity, his Invictus [Games] has an authenticity and people relate to it,” the Daily Mail reported. But when addressing 41-year-old Meghan Markle, Brown said: “I think Meghan really needs to find what’s close to her heart and they’re developing their own kind of brand that’s not just a complaint brand, which we actually recognize as theirs,” Brown said. “It’s hard to find, and I don’t think she has found that yet, but I think she might if she shifts away from always focusing on what didn’t work.”

Brown, who promoted her latest book, The Palace Papers, said Harry and Markle did not foresee the difficulties of life outside the palace system. She said: “The Sussexes didn’t realize how hard it was to create a competing platform. You are essentially at the mercy of the PRs who [specialize in making people look good].”

Brown added, “The guys that made it, the George Clooneys and the Oprahs, they’re very good at it. It’s very difficult if you want to be above it. It’s a lot harder than it looks.” It was previously reported that the Duke and Duchess of Sussex had parted ways with Sunshine Sachs, the New York-based PR firm that Markle had run since her Suits days .

Harry’s upcoming reveal and a reality TV documentary as part of a $100 million deal with Netflix are two of the couple’s most important upcoming projects. Brown told the Cheltenham audience that “the jury is out on the royal couple’s popularity in the United States”. She said, “Given that they’ve now turned their livelihoods to products and entertainment, it’s going to be about what they do.”

“Meghan’s first Spotify podcast about Serena Williams was hugely successful – she ousted America’s number one podcaster, Joe Rogan, from the top,” Brown said. “She has a good podcast voice. You must now prove yourself in the gladiator arena of entertainment.”

Brown described Harry’s book as “a big mistake” but noted he was under a lot of pressure to get it published. “I wouldn’t be surprised if he feels [that it’s a mistake] but the truck pulled up. It’s not just the advance,” she said. “There is a lot at stake for the publisher. I think it’s a big problem for them. I feel really bad for him at the moment.”

“If he doesn’t do the book, I think it’s going to be a real mess business-wise, and if he does the book it’s going to really alienate him from his family. No matter how bad things are, no one wants to be estranged from their family,” Brown concluded.