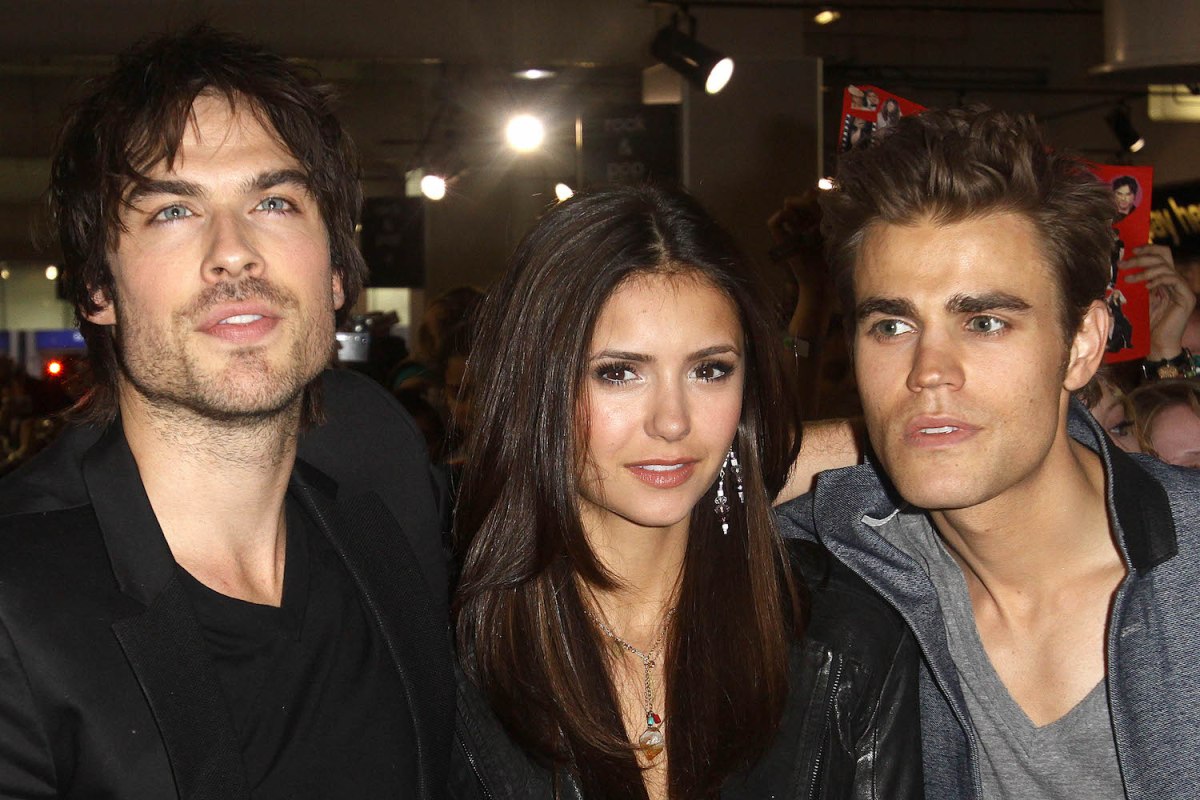 The relationship of Elena and Stefan laid the foundation for TVD. The two had a love affair that, while toxic, made them fan favorites. However, things between them got complicated when Stefan’s brother Damon slipped into the picture.

Damon and Elena got into a similarly complicated relationship, eventually ending up together when the series ended in 2017. The relationship may have upset half TVD fandom and satisfied the other, but Damon actor Ian Somerhalder didn’t want that to happen.

At a Comic-Con panel, Somerhalder said none of the Salvatore brothers are good for Elena and explained why.

“By the way, doesn’t anyone realize that this woman shouldn’t be with any of these guys?” asked Somerhalder. “We killed every person in her family, everyone in her family is dead, her house burned down. She is a wreck.”

Somerhalder’s onscreen brother Wesley, who played Stefan, interjected, “I think she should end with Matt. It would be great.”

Matt Donovan was Elena’s best friend and boyfriend at the time the Vampire Diaries Premiered. But their teen romance ended when she looked at Stefan.

Nina Dobrev defended her character’s decision to date the Salvatore brothers by joking that Elena probably wouldn’t be comfortable with Matt in bed, so she reached out to the blood-sucking siblings.

Stefan and Elena were cute together, but she and Damon had a passionate romance that fans enjoyed more. However, according to showrunner Julie Plec, the original ending saw a reunion of Stefan and Elena as a callback to their relationship in the early seasons.

“I thought if we got back to the end of the series, whatever it was, Elena would find her way back to Stefan and Damon would find another way,” Plec told Entertainment Weekly.

As viewers know, their plans never materialized because the show ended with Damon and Elena reuniting and Stefan dying while saving everyone. According to Plec, after Dobrev left in Season 6, the show had to revise the original ending.

Plec said they also wanted the Salvatore brothers to die so Elena could live her human life, but when Dobrev left two seasons earlier, they didn’t feel the need to end their character’s happiness.

“Her departure sealed the romantic contract between Damon and Elena,” Plec said. “There’s no way I would kill them both and leave neither of them with happy endings.”

It turns out Somerhalder loved the original ending. At Warsaw Comic-Con 2019, the actor announced that he wanted the Salvatore brothers to die together, Klaus and Elijah style.

“I would never have let Damon live either,” he said. “These two brothers showed up in this small town and completely wrecked the town.”

So what would Somerhalder’s perfect ending look like? His Vampire Diaries In the finale, the Salvatores would fly to the Caribbean, open a 60-year-old bottle of rum, and watch the sun rise while taking off their daylight rings and dying together “as brothers.”