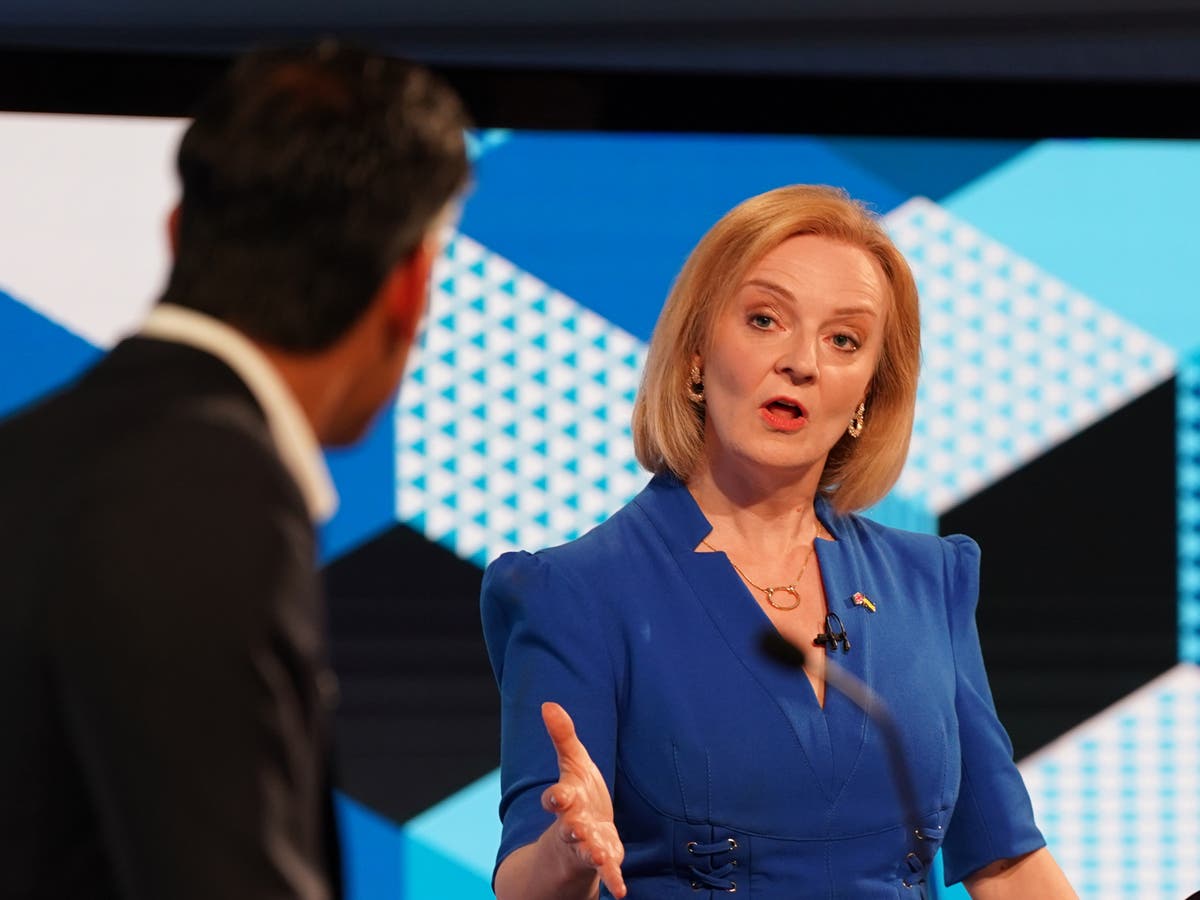 LLike most internet-savvy twenty-somethings, I’m not picky when it comes to evening entertainment. Put me in front of the TV and I’m ready for anything. art house dramas. Netflix sponge. Early Simpsons episodes. Tag videos of decades-old Champions League games. GoPro footage of street clashes. Sometimes all of that in a single night. TV has frozen into one big, sleazy block of content: all I have to do is sit back and consume. But the line has to be drawn somewhere. Every once in a while I come across a piece of television that is so deafeningly awful that even I can’t stomach it. I’m talking, of course, about the nation’s hottest new political drama, aka the Conservative leadership debates.

As we know, Boris Johnson’s ignominious tenure as Prime Minister finally imploded last month; Within 24 hours, no fewer than 11 Tory contenders were vying to replace him. After some scrambling, that number was soon reduced to just two: Rishi Sunak and Liz Truss – a truly enticing selection of rock and hard place. The new Tory leader, and therefore the next Prime Minister, is chosen by the members of the party. To inform the tiny cadre of members deciding the fate of this country, the Conservatives have hosted a series of leadership debates throughout the competition. Five, to be exact (not counting the July 19 Sky debate, which was canceled after Sunak and Truss fleetingly decided they were done with all the muddy babble). But what exactly was gotten out of those podium fights? A whole lot of nothing. We learned that Sunak has a penchant for interrupting those he is talking to. We’ve learned that Tom Tugendhat really wants you to know that he was in the Territorial Army. The most notable moment in this week’s debate on Talk TV occurred off-screen when presenter Kate McCann passed out mid-stream. It was an act of involuntary mercy on the part of McCann that spared viewers another half hour of empty rhetoric, petty bickering and frankly embarrassing platitudes as the debate broke down.

The problem goes well beyond the clammy right-wing sock puppets vying for that particular throne. My problem concerns not only the 2022 Tory leadership contest, but the entire practice of televised debates. Conventional wisdom posits debate as a democratic imperative: on paper, it’s about holding future leaders to account, questioning their policies and temperament. These are good ideas — “accountability” is pretty much a foreign word to this government now — but theory never matches reality. Candidates for whatever office are rarely subjected to any real methodological scrutiny in debates. It all devolves into a mindless rumination of prearranged talking points and manifesto promises. It’s not about questioning, but about cynical image management.

Even more than the rest of the global political circus, televised debates live on the awkward fault line between news and entertainment. Just look at the recent presidential debates in the US. The Trump-Clinton debates of 2016 (and, to a lesser extent, the Trump-Biden debates four years later) were met with a fair amount of performative beading at the time. In one night, he called Clinton the “devil”, promised to put her in jail if he became president, and used her husband’s sex scandal against her. The outrage was swift and inevitable: Trump had besmirched the sanctity of political discourse! He had been rowdy, sexist, devious and incorrigible! Well – as Americans would say – no, duh. Trump may not have understood politics, but he is a man who understands television perfectly. For better or worse – and it was quite axiomatically worse – Trump turned one of the stuffiest fixtures on the television calendar into record-breaking box-office entertainment. According to polls, Clinton had comprehensively “won” every debate against Trump. We all saw how well you did it.

There are countless other examples of the sheer ineffectiveness of “debate performance”. Think back to the 2010 prime ministerial debate that teased the possibility of a Lib Dem upset when Nick Clegg went punch for punch with David Cameron, the gammon dynamo. The Lib Dems ended up losing five MPs when the “yellow wave” failed to peak; A misjudged coalition later, Clegg’s career was on fire.

Of course, televised debates are not entirely without benefits. They are helpful in guessing how eloquent a candidate is, how intelligent, how adept at improvisation. All qualities useful for a politician, but far more important for a stand-up comedian or hotel concierge. As for the really important qualities in politics – dedication, compassion, pragmatism, honesty – let’s just take them at their word. In an ideal world, frankly, a politician’s charisma should be a moot point. At its core – and I’m careful not to sound like a wet-eared naif here – politics shouldn’t be about personality, but about ideas. Too often, telegenic smoothness is used as a substitute for meaningful political ideologies.

But in all that’s been said and done, there’s something particularly egregious about the Sunak Truss debates. After all, they are courting the favor of a group of party members that makes up less than 0.5 percent of the country — a group that is 97 percent white and 44 percent over 65. It’s almost perverted niche content, brazenly dangling in the face of the rest of the public. It’s like being copied into an email chain discussing an application you’ve already been rejected for. We can only watch and take in the spectacle. But what a lousy spectacle this is.