The Thirteen Lives ending explained: From administering anesthesia to putting up a weir, here’s how rescuers saved a soccer team 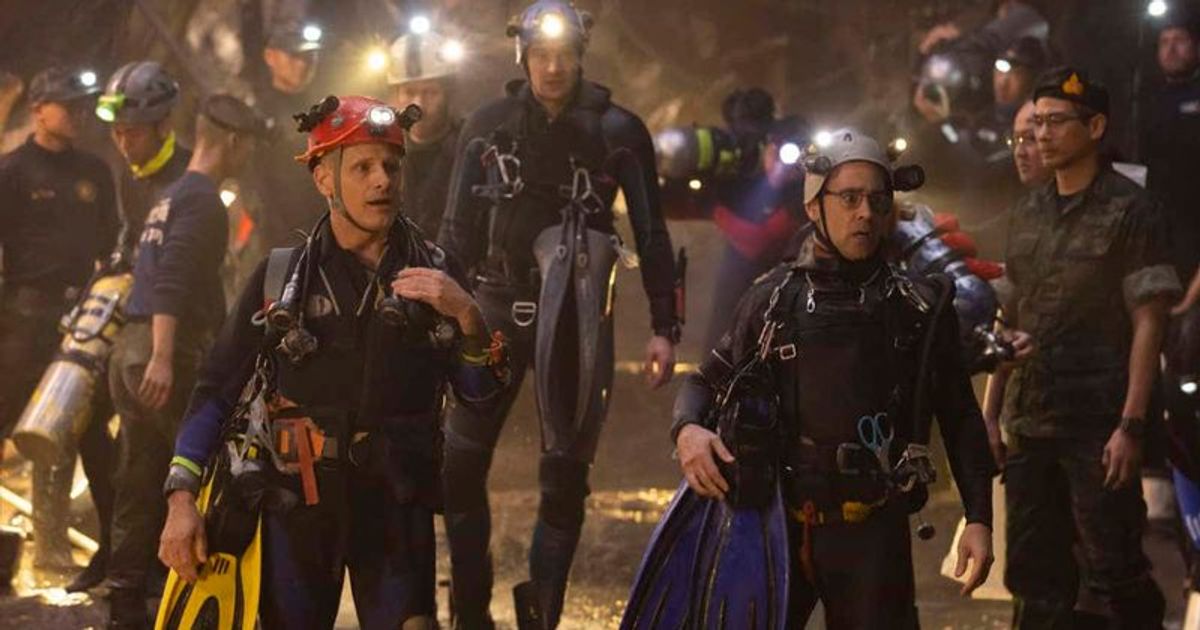 In 2018, experts and volunteers from around the world landed at Tham Luang Nang Non Cave in Thailand and did whatever it took to save 12 boys and their football coach. Due to persistent rains and rising water levels in the cave, the above people were trapped inside the cave waiting for people to rescue them. Thai authorities and the military did everything they could to get them out, but they couldn’t reach that point because of the rising water levels.

However, two cave divers from the UK, John Volanthen (Colin Farrell) and Richard Stanton (Viggo Mortensen), went in and finally found the group after two days of trying. But getting them out wasn’t easy because there were only two of them and they had to take out thirteen people. So they came out with their videos and told everyone they’re still alive. The next day, members of the Thai team went in and reached the group. However, they used too much oxygen and were unable to reach the cave entrance. So three of them stay with the group while one person reaches the entrance.

‘Thirteen Lives’ ending explained: How did the team save the group?

Luckily the rain has stopped but the water level is still high and they have no idea how to get 13 people out. So what would you do? and how do you take them out? Let’s take a look.

After many things, Stanton and Volanthen contacted some of their colleagues and brought them to Thailand. Two of them were experienced divers while one of them is a doctor who is a renowned anesthesiologist. So they plan to give the boys the anesthetic ketamine before the trip, which will render them unconscious, to prevent them from panicking on the trip and risking the lives of their rescuers. You’ll get them out while they’re unconscious and save their lives. But Harris makes it clear that there can be sacrifices. The Thai authorities share the plan with the minister and he nods to them because that was the only way they could have saved them.

So the plan is divided into three parts and every day they will save 4 people from the cave. First, three people will reach the group and Harris will administer the drug to each of them. The other person takes the boy to Chamber 3, where another member of the rescue team is waiting for him and will help him if he needs help. Once the first person leaves, the man standing in Chamber 3 will reach the group and take out another guy. They will do it back and forth until every person is saved.

The first two days didn’t cause any major problems and they were able to take 8 people with them. However, on the second night of the rescue operation, the rain returned to that region and this time it was heavier. The water level rose and Stanton said if it was too dangerous he would not go in. When they reach the cave, Stanton is the first to say that they should go in and help the kids. However, the plan is to get everyone out today, including members of the Thai rescue team.

The surgery went smoothly, but it hit a speed bump where the ketamine wore off and the boy was so close to regaining consciousness. Panicking, Jason the rescuer dropped the extra syringes of ketamine and set out to find them. Luckily he found her in time and gave the boy an extra dose. When they reached the entrance, the boy was still breathing. Complications also started with the second boy, because whenever Volanthen brought him into the water, his breathing stopped. After many attempts they finally got through and John was able to get him out.

However, the biggest problem came when Chris started swimming and because he hit rocks along the way, he lost his grip on the cable and couldn’t follow it. So he remained stranded in Chamber 3. Luckily, Stanton got there with the trainer and told him to hold on because Harris is coming and he’s going to look at the boy. Chris looked really nervous. When Chris arrived he examined the child and said he was fine. Chris, Harris and the last remaining boy begin their journey and after injuring themselves a few times, they reach the entrance. Every member of the lost group was rescued.

However, three members of the Thai rescue team were still inside and trying to get out. It was at this time that the rain began to intensify and damage the rocks. When all hope was lost, all three rescuers got out alive and the operation was abandoned.

Aside from the divers, a groundwater specialist named Thanet Natisri proved instrumental in the mission, working on the outside and preventing water from entering the cave. A total of 5000 from 17 different countries came to help the boys and show why humanity triumphs over everything.