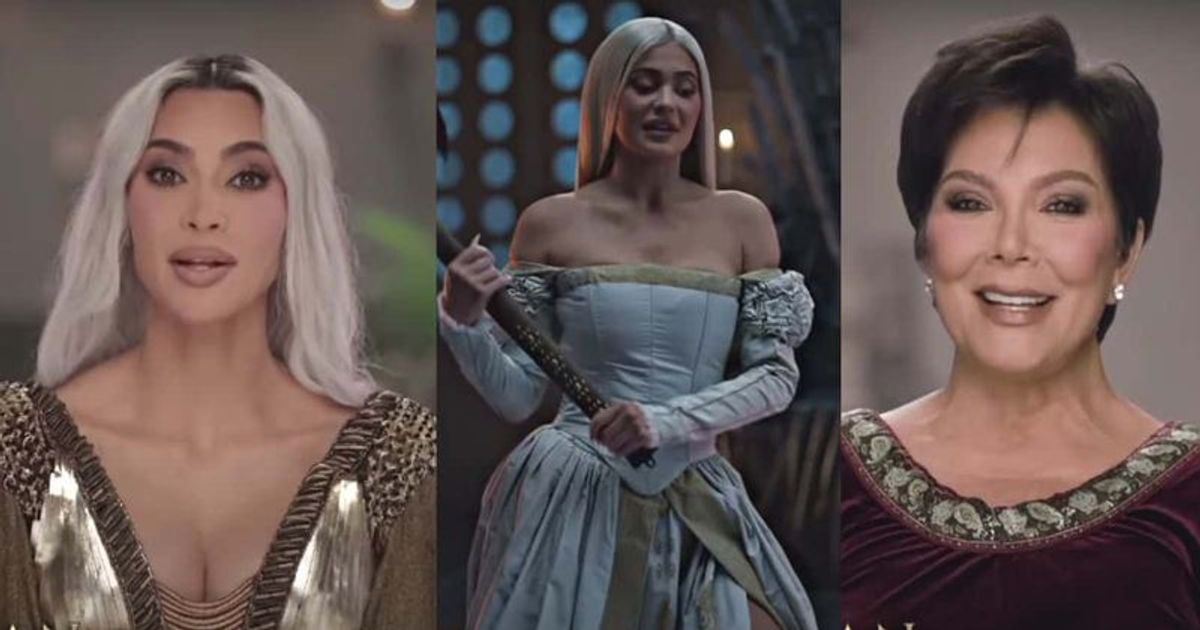 “There’s only one king in this kingdom and that’s King Kylie B**ches,” says Kylie Jenner in the parody

With its enigmatic dragons and shocking story, House of the Dragon has kept everyone glued to their screens. The historical drama has received overwhelmingly positive reviews, with fans raving that each episode is better than the last. Speaking of fans, Kim Kardashian, Kylie Jenner and Kris Jenner teamed up with James Corden on Wednesday for a rowdy “House of the Dragon” parody on “The Late Late Show.”

Considering the Kardashians went through a lot of drama both before and during the premiere of their show, The Kardashians Season 2 on Disney+, this seemed like a much-needed distraction. Dubbed “The Targashians,” the parody was a perfect blend of the Targaryens in the HBO series and the Kardashians themselves.

The Targashians is essentially about how the Kardashians would behave if they were born in the time that House of the Dragon is set. It shows how Kim and James are siblings and get on each other’s nerves to prove themselves as an authoritarian figure, except fight like two kids. Meanwhile, Kris is her mother and mother. However, when the two reconcile and put their differences aside, Kylie is seen assuming the “Iron Throne” and saying, “There’s only one king in this kingdom and that’s King Kylie Bitches” — a reference to when Kylie one was a teenager and addressed himself as “King Kylie.”

Meanwhile, The Kardashians’ new season was released on September 22 on Disney+ and Hulu. The series follows the newest and youngest member of the Kardashian and Jenner clan, Khloe’s new son, amidst the infidelity drama and controversy. Khloe can be heard in an interview saying: “Since December this dark cloud has been hanging over me. Every day I feel depressed and sad and now that my son is here I can move on and enjoy it. It’s almost like I can close this chapter and be done with this trauma and put it behind me. She adds: “Now I can finally start the healing process. Now I can start enjoying my life with two kids in it and find out. That’s going to be day one, and that’s going to be the start of something positive and happy and beautiful.”

Regardless, you can check out The Targashian parody below.