The Scotsman Sessions No. 329: Maranta 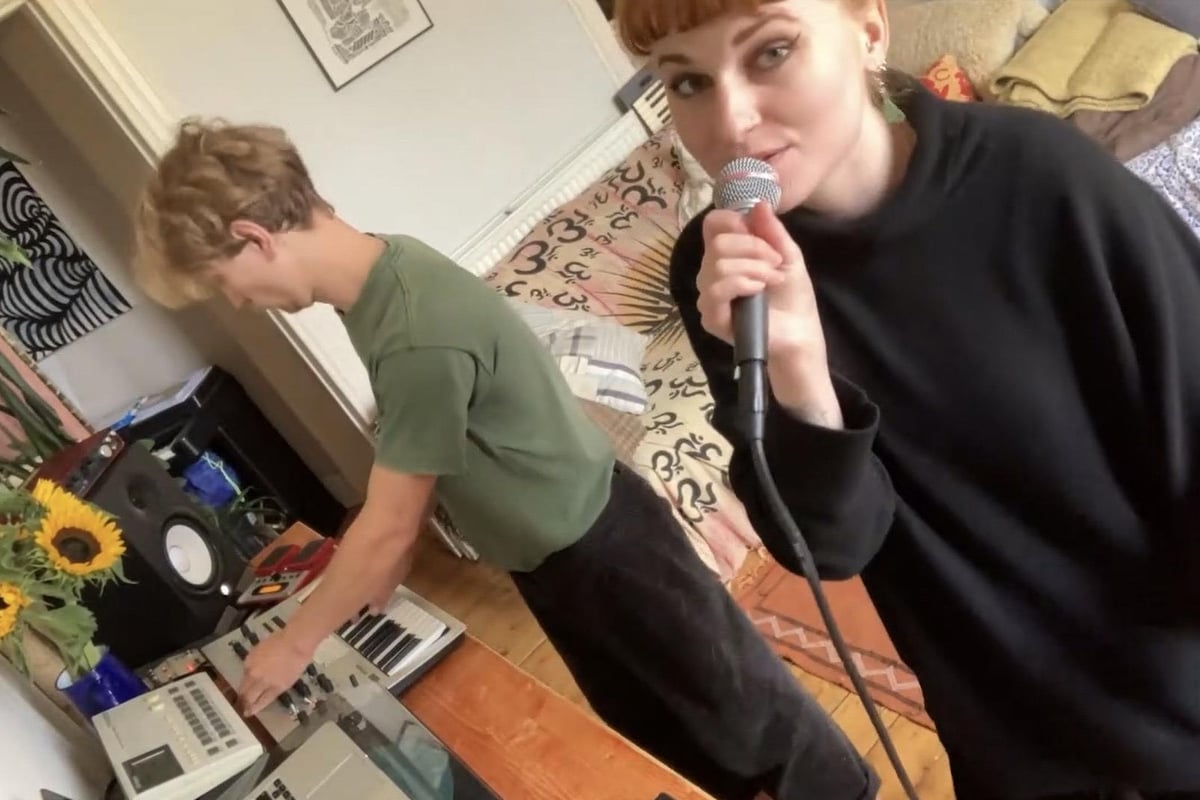 Welcome to the Scotsman Sessions. With the performing arts sector still reeling from the pandemic, we are commissioning a series of short video performances from artists across the country and publishing them on scotsman.com with introductions from our critics. Here, from a living room in Leith, Gloria Black and Callum Govan – aka synth-pop duo Maranta – perform their single “My Man”.

Angry lyrics come out of a living room in Leith, delivered in a rather cheerful, edgy performance. Gloria Black and Callum Govan have been firing high-energy electronica since they formed their synth-pop duo Maranta, named after the so-called “prayer plant,” in 2018.

Their Scotsman Session is a living version of earlier single My Man, which began as a poem written by Black and was originally and purposefully released on Valentine’s Day this year. “The song is about difficult things — suicide, sexual abuse, misogyny, rape culture, trauma,” says Black. “It’s also about forgiveness and hope. It’s personal, vulgar and shocking. It should make you uncomfortable. We also hope it empowers people and sends the message that we are all in this together and without collective action for change, no change will come.”

Black has previously been in a number of “dark and ethereal” bands; Govan began home production of his own electronica. The couple have been friends since they were teenagers, eventually getting together creatively just three weeks before their first live show and releasing debut EP Care ii Cure on Edinburgh’s Paradise Palms Records in the summer of 2019. They also released a track Miss Dupé on the Leith label New Teeth.

“Our early work was written in a short space of time with the intention of being performed,” says Black. “With our newer music, it’s almost the other way around. We spent the later part of the lockdown period writing and recording new material. This came after the initial fear and confusion and lack of creativity that so many artists suffered from. It was hard to feel the creative excitement that comes with live music culture. When the concerts came back we actually had to take our tunes back, relearn them and figure out how the hell we could play them live.”

Maranta’s live shows have recently evolved arms, legs, sets, costumes and choreography thanks to her collaboration with Maranta in Microsteria with visual artist and set designer Chell Young, dancer Hannah Draper and costume designers Vomiton. This self-proclaimed “symbiotic circus” was the specially commissioned extravaganza on the opening night of June’s Hidden Door Festival.

The creation of this playful creature feature “seen from an insect’s point of view” went hand-in-hand with writing and recording Deux Pleasure, Maranta’s forthcoming second EP, and first associating with the Isle of Eigg indie empire Lost Records. It’s a 20-minute reflection on human interaction after lockdown, which Govan says is “as much about embracing hardship as it is about celebrating life”.

Fortunately, there will be one last chance to witness the wonder of Maranta in Microsteria when the duo debut their EP at Edinburgh’s Voodoo Rooms in October. Black promises “the collaboration is well underway with creature appearances and epic visuals, as well as some fantastic support acts yet to be announced.”