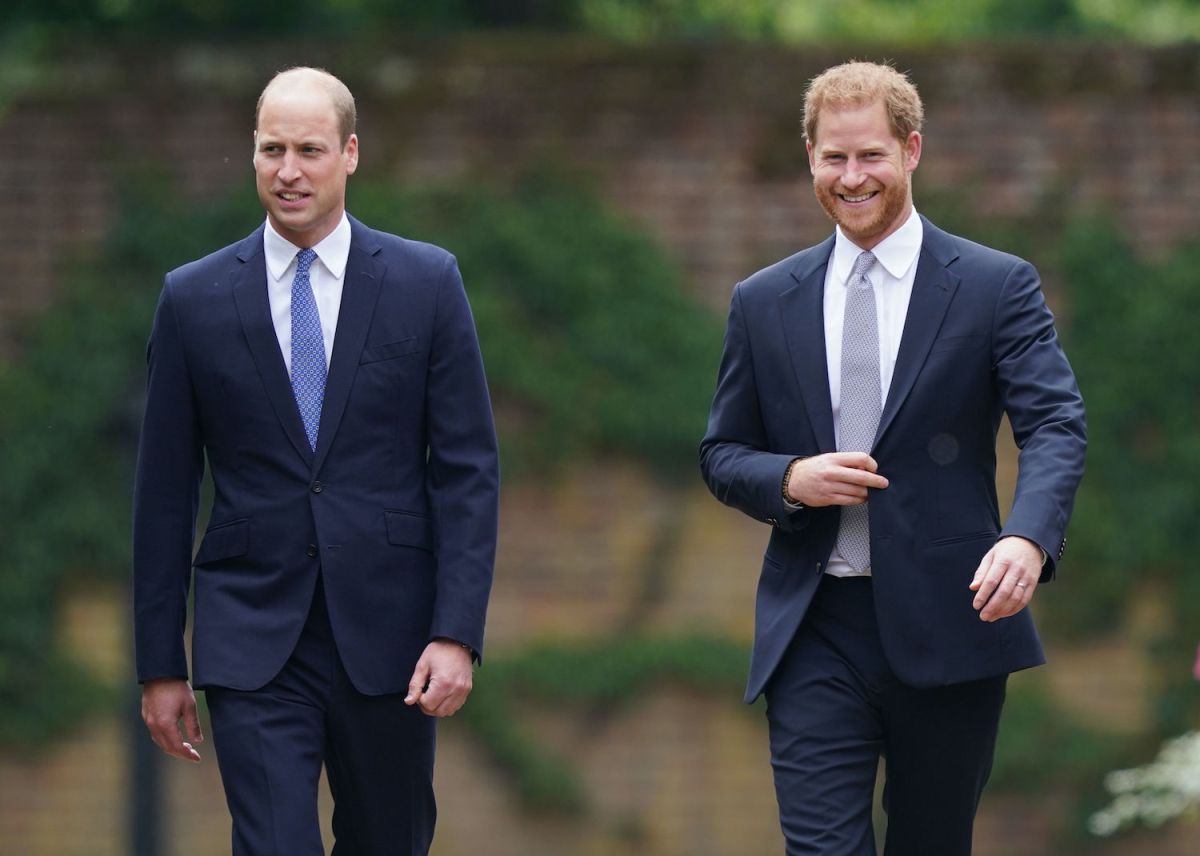 A royal author claims Prince William “still holds a grudge” against Prince Harry and Meghan Markle, pointing out that the brothers failed to bond when they recently reunited after the Queen’s death.

Christopher Anderson, author of The King: The Life of Charles IIIdiscussed the brothers’ relationship during the November 12 episode of the To Tue for daily podcast.

Anderson and presenter Kinsey Schofield spoke about how Prince Harry and Meghan reunited with the royal family after the death of Queen Elizabeth.

“In the beginning Harry wasn’t allowed to wear his uniform – that was in the early days of the mourning period – Andrew was and Edward was,” Anderson said.

Prince Edward had “never been in the military” and Prince Andrew was stripped of his military duties amid the Jeffrey Epstein controversy and the civil case against Virginia Roberts Giuffre, the author explained.

“Obviously there was an outcry when Charles resigned and allowed Harry to wear his uniform at the grandchildren’s vigil,” Anderson said. “But to me it never seemed like the Sussexes were comfortable during the funeral – they couldn’t wait to get out.”

Though the brothers got together, it didn’t seem like family tensions eased. “If there was ever a chance for her to fix things, I guess this was it,” Anderson remarked. “But on the other hand, this book hovers over everyone’s heads.”

She continued: “And at the time, if you think about it, every week Meghan said something that portended bad luck – in her situation in the monarchy – on the podcast in recent years.”

Schofield added, “So every week the royal family is hit with these vague references to Meghan ‘feeling silenced’ or ‘ambition is dirty.’ And then the Queen invited them to stay for the night about a week before she died, and they dismissed the idea … I have a feeling the family just got fed up at the time.”

Anderson added, “This is not good. And of course I think William still holds a big grudge.”

The author watched as Harry, Meghan, William and Kate Middleton toured together in front of Windsor Castle to see the tributes left for the Queen and greet well-wishers.

“There was no connection,” Anderson said. “They all went in different directions, these two couples. It will be interesting to see what happens. I don’t think it will end well.”

Schofield wondered if Prince William “is just focused on the future of the monarchy and not worried about Harry. I mean worried about him – but healing that rift is not a priority. Or did they write each other off?”

The author shared, “I don’t think they’ve written off each other completely. I mean, they’re still relatively young men — it’s time to bridge that growing gap. But it’s not looking good… I never imagined that would happen after all they’ve shared over the years. They have a connecting memory of their mother which is really key to the attractiveness of the royal family I think.”

He added: “I think William would love it if the past could be gone, but he’s also just able to look at the job at hand and try to support his father – he will be king one day. “