The Real Housewives of Atlanta season 14: Marlo fights about her nephews during her trip to Kenya 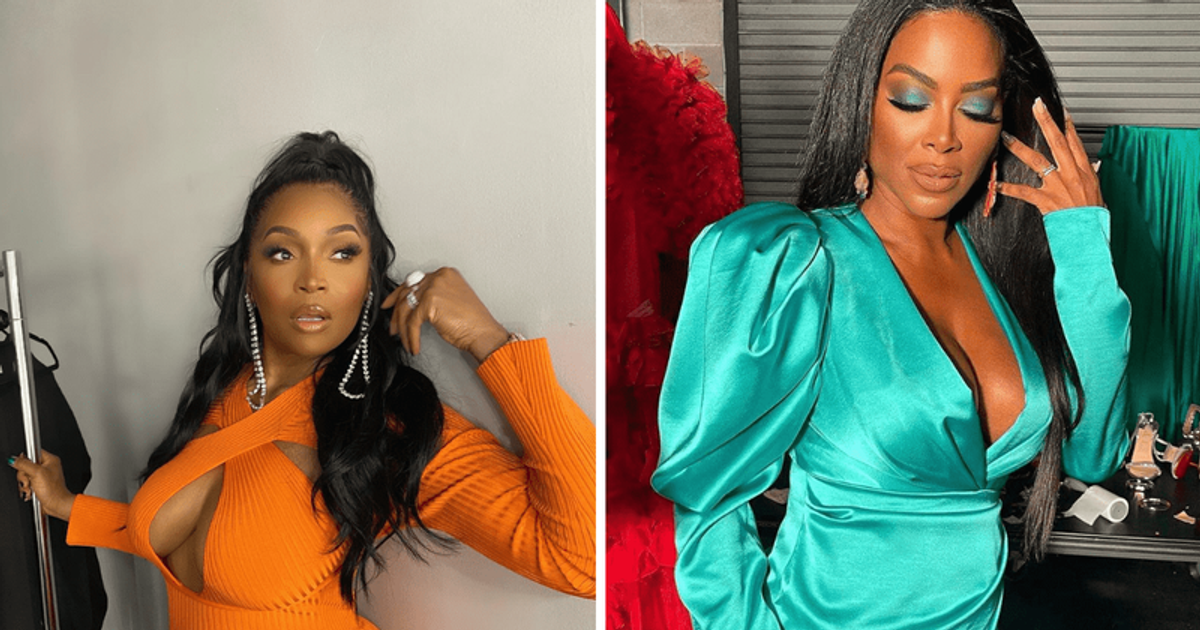 Viewers have seen a lot this season, from the vibrating underwear fiasco to the fight between Shereé Whitfield and Drew Sidora. A preview of The Real Housewives of Atlanta Season 14 Episode 11 shows that Marlo and Kenya’s falling out gets worse as viewers gear up for a new episode on Sunday, July 24th.

Kenya Moore and Marlo Hampton have been at odds for so long that it’s difficult to pinpoint exactly when and how things went wrong. Marlo and Kenya were best friends in Season 6, which unsettled NeNe Leakes and ultimately caused the infamous Bailey Bowl incident. NeNe threw a water bottle at Marlo and Marlo ended their years of friendship. However, they later reconciled. But Kenya and Marlo’s relationship had hit an all-time low by season nine.

Marlo revealed during the season’s glamping holiday that they fell out over not being invited to Kenya’s birthday and housewarming parties. To make matters worse, Kenya invited NeNe to her birthday party and uploaded a photo of the two together. Blasphemy. Marlo hurls comments after explaining why her feelings have been disregarded, Kenya is unhappy, her lashes are a disaster, she needs a dermatologist, she can’t keep a boyfriend and so on. But Marlo’s comment that “when a person’s mother doesn’t want to be bothered by them, you know something’s wrong … that’s how I know they’re evil,” was the final nail in the coffin. Kenya and Marlo’s relationship died in episode thirteen of season 9 and will be remembered forever.

Marlo’s friendship with Kenya is evolving into something more than invitations to birthday parties and wig-spoiling marching bands now that she’s a full-time peach wearer and not just a “friend of.” Marlo has been in full swing this season spitting shit all over Kenya and voices have been raised and shots fired practically every time they have been at the same gathering. Kenya can’t do anything right in Marlo’s eyes and even a cold was used to call Kenya a liar. Kenya is not entirely blameless for the back and forth, but Marlo is usually the one who takes things too far.

Marlo leaves it to Kenya after giving her an ultimatum that if she doesn’t stay with the girls at Marlo’s while they are on vacation, she will be barred from all other activities. A teaser for the upcoming episode shows Marlo standing by her words that if Kenya doesn’t show up at her house, she won’t hesitate to cut her entire vacation off. Kenya, who reveals that she lives just around the corner from her own lakeside home in Blue Ridge, makes her way to Kenya’s house early in the morning. She tries to keep calm and pretend nothing happened, but things quickly turn sour.

Things get heated when Sanya tells Marlo that Kenya has opinions about her and her nephews and that’s why she avoids them. As heated words are exchanged, Kandi confronts Kenya about why she deliberately nudges people to irritate them when they complain that she doesn’t like being treated that way herself. Kenya expresses her displeasure when others insult her. She goes on to say that as long as someone is nice to her, she will respect her.

Marlo lashes out at Kenya for talking about her nephews while she was away and going to the place alone, despite being the one who invited everyone and drove them there. As Kenya continues to leave, Marlo reminds her never to talk about her nephews again. She adds that no one in the group will take them away from the boys when Kenya returns, saying that that can’t happen because she’s already given them away (referring to Marlo kicking her nephews out in the earlier episodes). ). This annoys Marlo even more and she calls Kenya “bit*h” and “trashy”.

Don’t forget to tune in to BravoTV on Sunday, July 24 at 8pm to see how things unfold on the trip to Blue Ridge.