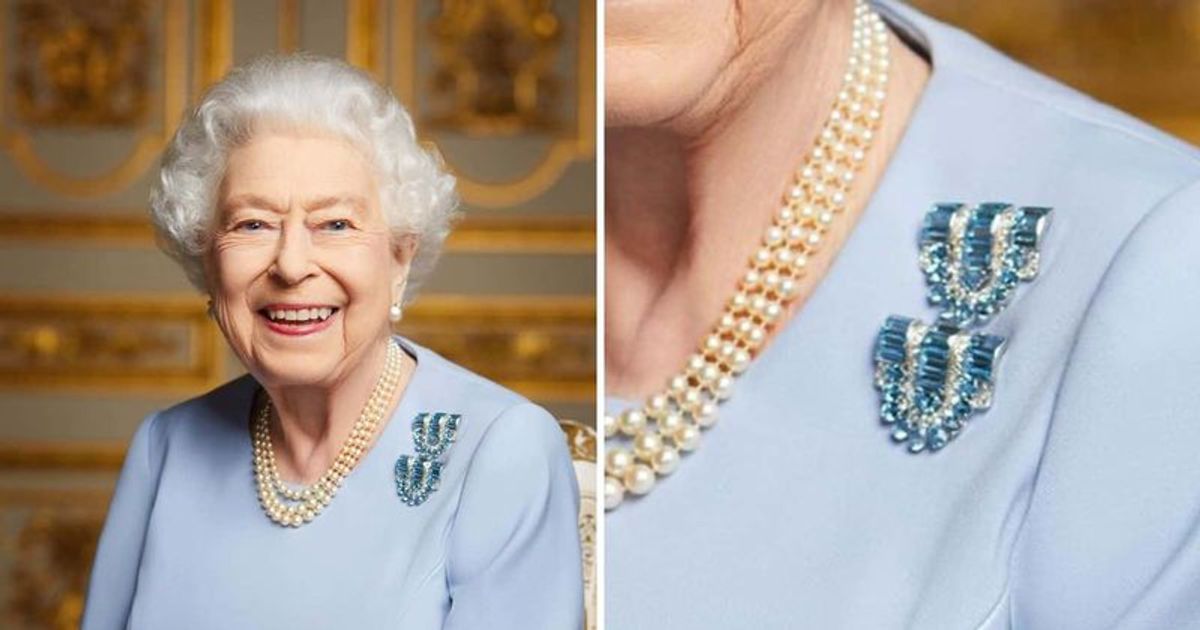 In the photo by Ranald Mackechnie, the Queen wears a powder blue dress and a beautiful pearl necklace and smiles warmly

LONDON, UNITED KINGDOM: On the eve of Her Majesty The Queen’s funeral, the royal family revealed a never-before-seen photo of her on Instagram. A beaming smile and some of the Queen’s favorite pieces of jewellery, such as the aquamarine and diamond brooch gifted by her father, can be seen in the picture taken at Windsor Castle in May 2022.

Her late Majesty wore a beautiful set of aquamarine and diamond clip brooches, pinned to a pastel blue dress. The pins were given to her in April 1944 for her 18th birthday by her esteemed father, King George VI. They can be seen worn one on top of the other. The Queen wore triple-strand pearl jewelry and pearl and diamond earrings. It appears the Princess of Wales is wearing the same earrings she has worn four times in the past week to honor the late Queen. The necklace appears to be the same one she wore in the last known photograph of her, taken just days before her death at Balmoral Castle, while visiting Prime Minister Liz Truss. Queen Elizabeth II amassed a jewelry collection over the course of her life that included family heirlooms, precious gems and gifts from foreign heads of state. Rarely has the monarch been seen without diamonds, pearls or jewels adorning her attire. The royal experts occasionally suggested that she used the accessories to deliver messages without saying a word.

‘What’s going around…’: Kate Middleton inherits $110m jewelry from Queen, Meghan Markle gets ‘nothing of value’