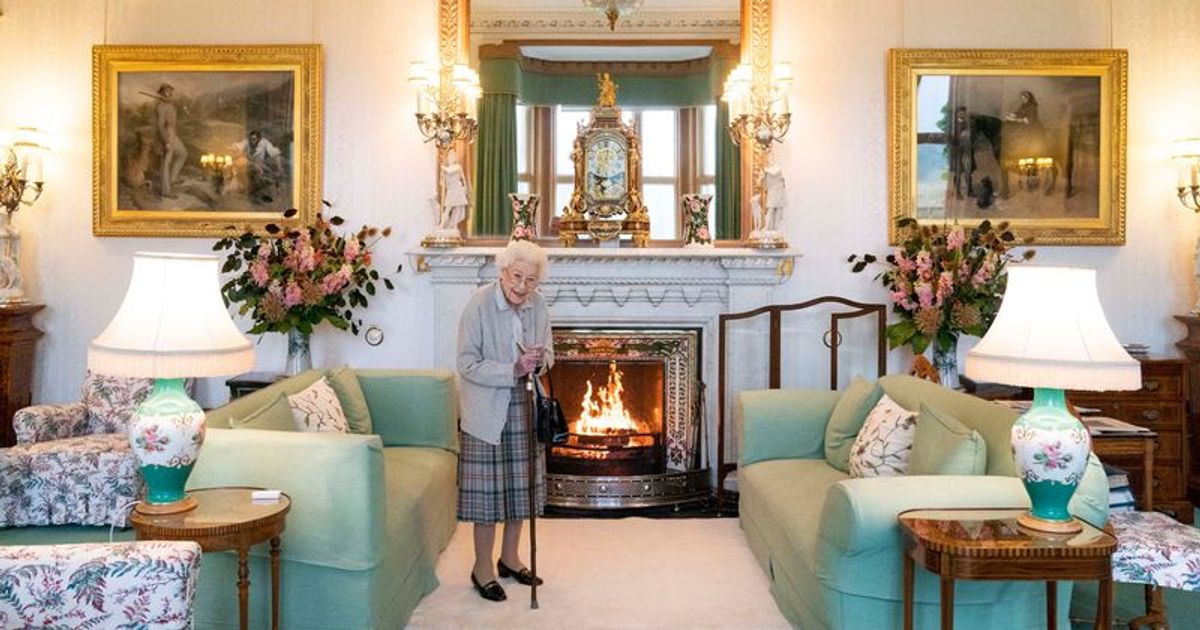 Despite her mobility issues, the Queen is said to have shown exemplary resilience and never lost her infectious enthusiasm when loved ones came to visit

ABERDEENSHIRE, SCOTLAND: Queen Elizabeth II made an important announcement for the shooting that invited her to spend a few days at Balmoral Castle four days before her death on September 8th. The Queen explained that there would be no formal dinner that night. No pipers, no black ties for the men and long dresses for the ladies.

This was a major departure from tradition, as the rattle of bagpipes had long served as the essential music for any event at the Scottish castle. Her cousins ​​from Bowes-Lyons, to whom she had always been close through the Queen Mother’s family, were her guests. The Queen’s comforting presence was the only thing that hadn’t changed as they all settled into the castle dining room that evening. They claimed she was in “good shape” and “even alert.” She was surrounded by loved ones and it was obvious that this encouraged her.

Her physical decline hadn’t made the last few weeks easy for her. She ate less and had difficulty standing and walking, especially climbing stairs. However, being lucky enough to be in her favorite place more than made up for it. She requested that many balmoral summer customs be maintained, although she could no longer participate as she used to, particularly the walks and picnics, and found her daily crossword puzzle more difficult to solve. However, there were other perks that were more intriguing than the fact that she’d taken it upon herself to monitor TV weather forecasts.

The reason? She had developed an unexpected affection for BBC weatherman Tomasz Schafernaker. “It was like a little bit of a crush; she always wanted to see the predictions when it was on. She was amused to hear the cadences as his name was read out, but she also loved watching him,” an insider said, according to the Daily Mail.

Though the Queen may not have noticed, the 43-year-old Polish-British meteorologist has a sizeable online following. He was voted Britain’s favorite weatherman during lockdown, partly due to his long hair, which he couldn’t trim. More remarkably, she found solace in her final days in the Highlands, having been overcome by melancholy upon arriving in Scotland this summer. Sadness is the death of her eldest dog, Candy, a dachshund-corgi mix known as a dorgi. Candy’s death took the wind out of the Queen’s sails.

It was ironic because the dog’s name was the same as Prince Philip’s beloved yellow Lab. She was one of the Queen’s four dorgis along with Cider, Berry, and Vulcan, but she lived longer than all of the others. Although Candy was extremely old in dog years, her death shook the Queen. She made the extremely rare decision that she would not have one of her most devout companions buried at Balmoral.

Their dogs’ ultimate resting places might be Windsor, Sandringham and Balmoral because for most of their lives it was an unspoken rule that they were buried in the areas where they died. Usually, the Queen personally oversees the funeral, along with her top gardener. A tombstone is later erected with the dog’s name, dates of birth and death, and a matching epitaph. However, when Candy died, she made arrangements to have the remains of her beloved companion flown to London and then transported to Windsor to be buried with another of her pets, Vulcan, who died in 2020.

So surprising was her choice that her closest household staff took it as an indication that she was determined to return to Windsor after the trip was complete to personally oversee the placement of the tombstone. She still had Sandy and Muick, two other canines gifted to her in 2021 by Prince Andrew and his daughters. There had been some other positive signs as well. She asked to be escorted to the stables at Windsor Castle where her stud man, Terry Pendry, had stayed to look after the horses, although she stopped riding them shortly before leaving for Scotland.

She just wanted to look at them, but when asked to ride a pony, she complied. A groom advised walking the horse through the riding arena after helping her onto the saddle. The Queen rode four laps, and it appears to have been the first time since she had learned to ride that she was on a leash.

She asked for a sun lounger to be placed in Windsor’s garden for her during the summer heatwave. She slept more regularly at Balmoral, where it was cooler, and often retired for a siesta after lunch.

She was weak but aware and talkative almost to the end. She ate with Rt Rev Dr Dr on both Saturday and Sunday. Iain Greenshields, Moderator of the Church of Scotland, at lunchtime. Her “good humor” and her “engaged” company were mentioned by him. According to Dr. Greenshields, who spoke at the parish church in Braemar and Crathie, where she used to be, was “absolutely on the ball”.

“She talked about her past, her love for Balmoral, her father, her mother, Prince Philip, horses, very concerned with what was happening in the church and also in the nation,” he said, describing how she took him with her to the window and she “looked over her gardens with great pride and affection.”

Her contagious excitement was still present two days before her death. On Tuesday, she spoke to her trainer Clive Cox over the phone about the potential of her filly, Love Affairs, who would go on to become her last win of her tenure as racehorse owner. Cox said: “We talked about the filly, how the race might go, how another horse of hers is doing in my stable and a few other things.

These included Lady Sarah Chatto, the Queen’s niece, with whom she was particularly close, as well as Prince Edward and his wife Sophie (who have taken over their late father’s barbecue responsibilities), Prince William and Kate. On Tuesday, too, there was no immediate cause for concern for the Queen’s health, although she appeared exhausted from the exertion of hosting not just one but two prime ministers. It is believed that she received routine medical attention during her stay in Balmoral and a doctor and nurses were always on hand. While not fully predicted, the rapid reversal in her condition on Wednesday, September 7th, still caught everyone off guard. Palace servants began warning the royal family as their condition worsened and fears set in.