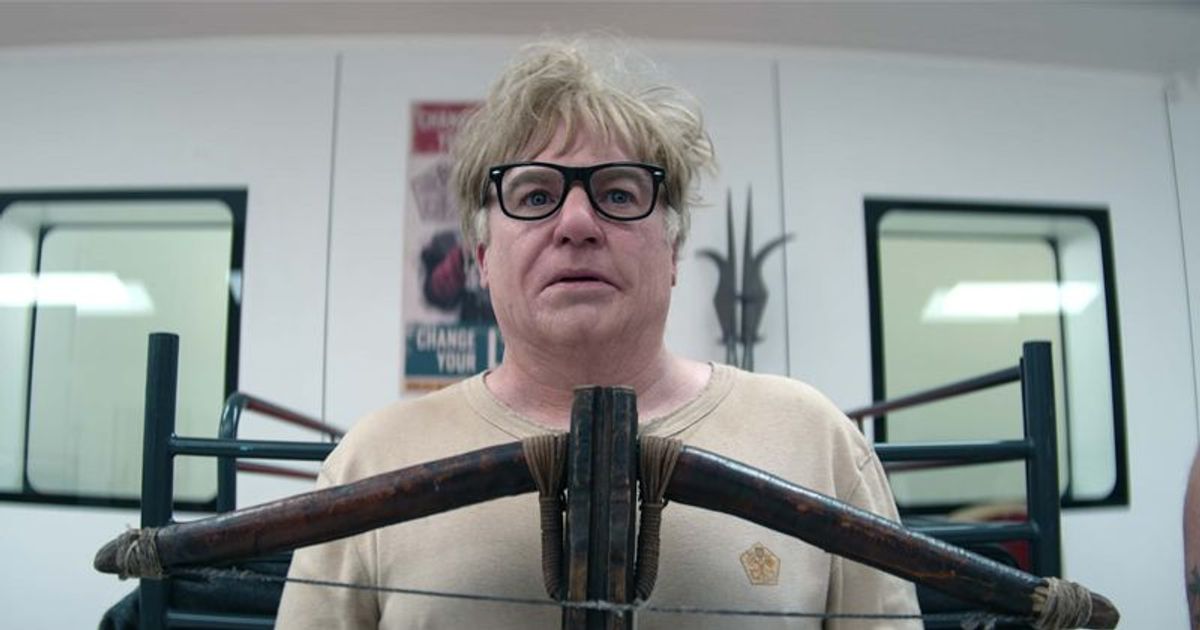 In The Pentaverate, Mike Myers plays 8 different characters and embarks on a journey to uncover a secret society

Netflix stunned the world when it announced Mike Myers would finally return to the small screen after a hiatus of more than 10 years. Myers was one of the most iconic comedians in Hollywood, and he’s known for his unique, yet absurd, style. So it’s not surprising that the comedian has decided to make a comeback like The Pentaverate.

The Netflix comedy series revolves around a Canadian journalist named Ken Scarborough (Myers) who learns that there is a secret society called “The Pentaverate” that makes all the decisions in the world. However, getting there is not easy as it is run by five of the most influential people in the world and only they decide who will join the secret society. If you feel like you’ve heard this before, you need to remember that Myers came out with the 1993 film So I Married an Ax Murderer and the series was inspired by it.

The show begins with Professor Clark (Keegan Michael Key) being kidnapped and taken to a secret location. Once he gets there, he learns about The Pentaverate and the five men who run it. Clark is very nervous about joining the group, but executive assistant Patty (Debi Mazar) tells him to join the group. He decides to be part of the group. Meanwhile, Ken Scarborough, who was once the world’s most famous journalist, is about to be fired from his job. He asks her boss to give him one last chance to prove his worth and he gets a big story.

He meets Reilly (Lydia West), who accompanies him to the Canadian Conspiracy Convention, where all conspiracy enthusiasts meet. There they get to know Pentaverate. So he gets really curious and embarks on a journey to uncover them.
In the process, they meet really interesting people and learn why The Pentaverate exists. Little do they know, however, that something evil is planned within the group that will be fatal to the world.

The best thing about the series is that it doesn’t shy away from taking a bold path. Likewise, the show says that photo quality is better in America than Canada, and whenever we see footage of Canada, they’re all blurry. Meanwhile, when they reach the US, the video quality will be crystal clear. It also takes references from the “Matrix” movies and introduces the concept of the “blue pill” and the “red pill”. While these jokes might not feel funny, they will definitely make you laugh out loud when you see them on screen.

Also, keeping the episodes just under half an hour is absolutely brilliant. It’s fast-paced and full of quirky jokes. But it also gives us a glimpse of just how bizarre humanity has become.

Playing eight different characters on the show, Mike Myers is simply outstanding. You can’t teach all that, the man is so talented that he can do everything. He is undoubtedly a legend. On the other hand, Lydia West shows promise as Reilly. Energetic and vivacious, she stands shoulder to shoulder with Myers.

Meanwhile, Debi Mazar is absolutely brilliant on Patty and has shown why she should be in more projects. Keegan Michael Key and Ken Jeong did what they do best: make people laugh.

“The Pentaverate” may not be Myers’ best, but it has the signature style he’s known for. The show is absurd, strange and worth watching.

The Pentaverate is currently streaming on Netflix.