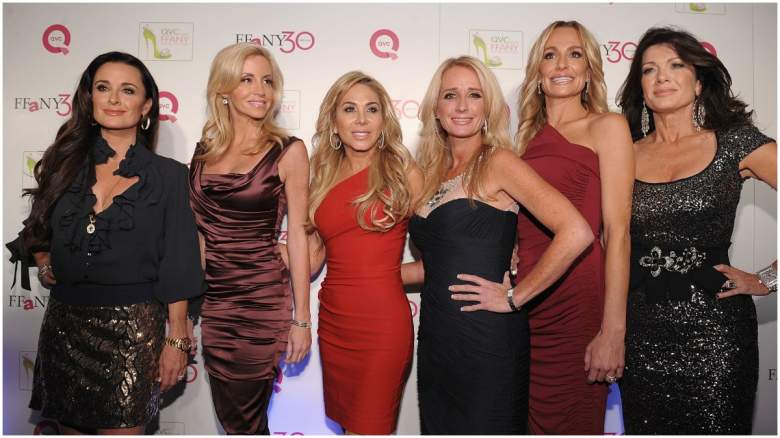 The ex-husband of a Real Housewives of Beverly Hills original star has a big TV gig in the works.

When Camille Grammer made her debut on RHOBH in 2010, she boasted that her then-husband, Emmy-winner Kelsey Grammer, was more respected than her co-stars’ husbands. “In terms of the pecking order, my husband is at the top of the list. There’s a big difference between that and the local real estate agent in Beverly Hills,” Camille told Entertainment Weekly in reference to Kyle Richards’ husband Mauricio Umansky.

Kelsey Grammer is best known for his nearly 20-year role as Dr. Frasier Crane on the hit sitcoms Cheers and spin-off Frasier, the latter of which aired for 11 seasons ending in 2004. The multiple Emmy winner made a few cameos on the first season of RHOBH, but at the same time his marriage to Camille was falling apart. The celebrity couple, who wed in 1997, announced their split at the end of the first season of The Real Housewives of Beverly Hills in 2010, per Us Weekly.

“Frasier” premiered on NBC in 1993 and aired for 11 seasons with a cast that included Grammer, David Hyde Pierce, Jane Leeves, Peri Gilpin and the late John Mahoney, according to IMDb.

During an interview on July 4, 2022 on CBS’s “The Talk.” Kelsey Grammer was asked about a long-rumored “Frasier” revival for Paramount+. He remarked that he was the “key” to the revival series.

“The key ingredient in the ‘Frasier’ reboot is actually Frasier, it’s always been called that,” Grammer said. “Because I am. The key is me, I am the key.”

“There was some talk about maybe [starting filming] October, maybe a little later,” Grammer added. “We’re in the final stages of finalizing the script for the first episode of ‘Frasier,’ and it’s looking pretty good.”

Grammer previously teased the reboot during an August 2021 appearance on The Today Show. “We negotiate with everyone,” the actor said last year. “We all want to go back, that’s my dream.”

The Grammer marriage did not end amicably. According to People, when Grammer spoke to late-night host Piers Morgan, he once accused Camille of divorcing him early in their marriage and claimed the former “Club MTV” dancer “married me because I was Frasier.” “.

“I gotta tell you, ‘Real Housewives’ was my parting gift to her,” Grammer told Morgan. “It was my way of saying, ‘Look, you’ve always wanted to be famous. Please.'”

The actor also admitted he knew his marriage to Camille was over when he joined RHOBH.

“I remember having a conversation where I was like, ‘Well, don’t worry about it. After the first season, you can do Divorced Wives of Beverly Hills in the next season,” he revealed.

Both Grammer and his ex-wife have since remarried. The Daily Mail reported that Grammer even secretly dated his now-wife Kayte Walsh for a month when he attended the RHOBH premiere with Camille.

As for Grammer’s claims that his ex-wife just wanted fame, Camille left The Real Housewives of Beverly Hills as a full-time member after just two seasons. She has said she has no interest in returning to the Bravo reality show, which is currently airing its 12th season.

“I’m not interested in going back at this point,” Grammer said tweeted in October 2021. “Maybe a few years ago, but not now. My life is different and I enjoy tweeting about the show rather than being a target.”

CONTINUE READING: The former RHOBH star and her husband end up on a TV show together