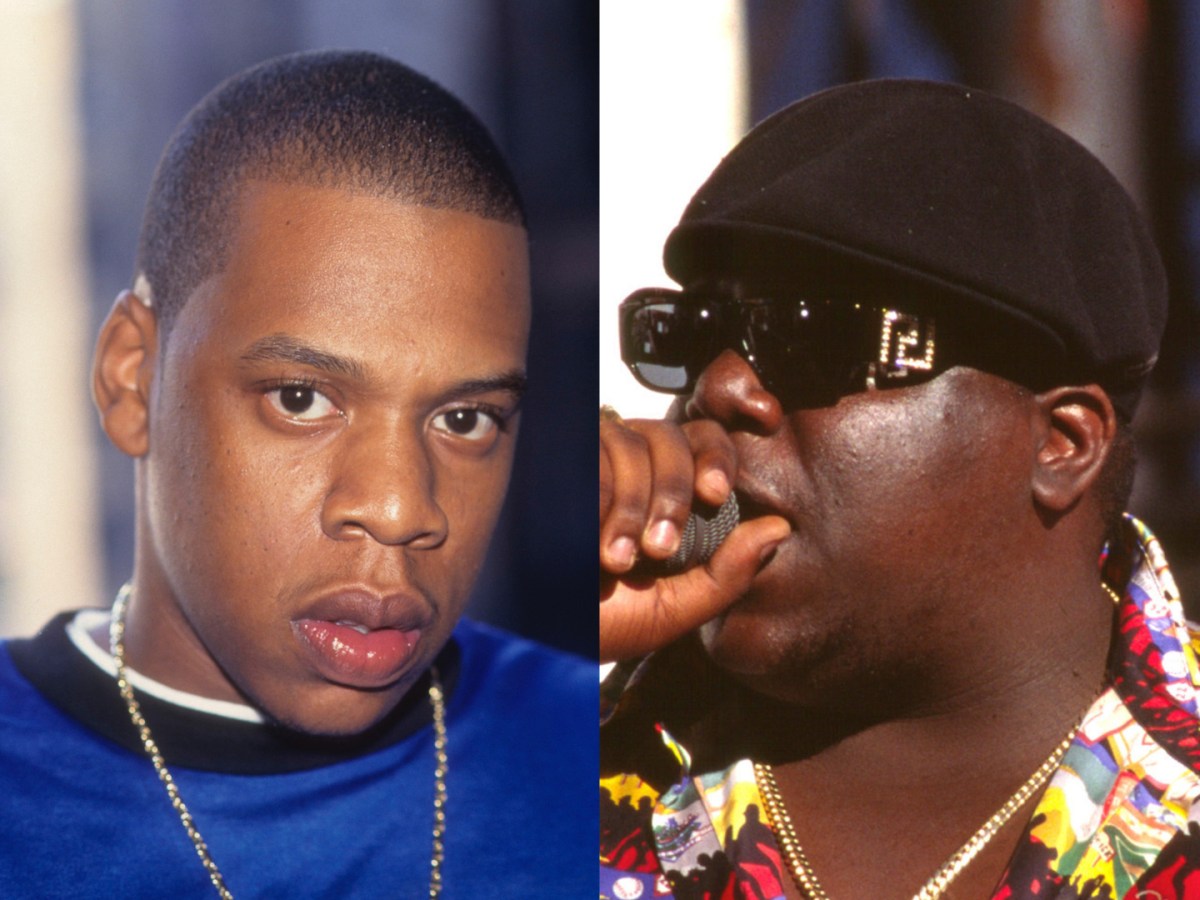 Jay-Z and The Notorious BIG came from a similar upbringing in Bedford-Stuyvesant, Brooklyn, and went on to become two of the most respected rappers in history. In 1997, the two teamed up for I Love the Dough, a collaboration from Biggie’s second album life after death. The two met in person to record the song and it was amazing for those in the studio to witness.

One of Biggie’s producers, Nashiem Myrick, reflected on Jay-Z and Biggie watching the recording of “I Love the Dough” in a 2003 interview with XXL. At the time, Jay-Z was riding the success of his 1996 debut album Reasonable doubtwhile Biggie prepared his much-anticipated second LP.

“Jigga and Big, those nits, really fought. Neither of them write down their rhymes; they just say it in their heads,” Myrick said. “At rock bottom they tried. Don’t attack each other in the lyrics, but approach it skillfully. It was a sight. It was like, ‘Let me see what that n**** is gonna do in the dressing room.’ You could tell they were testing each other.”

Biggie was initially shocked by Jay-Z’s ability to pat him on the head during the recording of their first collaboration, Brooklyn’s Finest Reasonable doubt. “That was crazy,” Biggie told his producer in the studio, according to the 2022 book It was all a dream: Biggie and the world that made him.

“I came up to Puff and I was like, ‘Remember that joint – René and Angela, ‘I love you more?'” Puff said, ‘Yo, go and hook it up, n****. I don’t want to talk about it, plug it in.’ So I went and hooked it up, drummed it up, ended up playing keyboards on the track and everything. I had no idea what Big would say to that. I didn’t even know he was going to walk into the studio at the last minute and be like, ‘Yo, Mo, I’m making this joint with Jigga!’ I look up from the gear and I’m like, ‘Word? Eight.’”

Easy Mo Bee watched as both Biggie and Jay-Z prepared to jot down their verses without writing anything down.

“Big came in with Jay and they start crossing each other. Imagine two people walking back and forth, criss-crossing each other, not looking at each other, doing the writing process in their heads, mumbling to themselves, getting their lyrics right, and cheering for each other in between. They took their time,” he said.

“After a while, Big came up to me and said, ‘Yo, me and Jay, we’re going out for a while. We’ll be coming back.’ That night was the last time I saw Big,” he continued, admitting that his fatigue was getting the best of him. “I’ve waited and waited for them to come back and it was getting so late I just said it [record executive] D point, like ‘I’m breaking out.’”

“To this day I wish I could have been there when Big, Jigga and Angela Winbush sang to them and all. They went and got Angela Winbush,’ said Mo admiringly. “[When I heard] I missed Big, Jay-Z and Angela Winbush repeating “I Love You More” to “I Love The Dough”. I was like, ‘Oh man, they’re doing their thing. They went back and got the original girl.’”

Ultimately, Biggie would not live to see the release of “I Love the Dough.” his album life after death was released in March 1997, just two weeks after the rapper’s untimely death in Los Angeles.

Biggie may have bragged, but that didn’t mean he couldn’t admit he’d been beaten at his own game. His junior MAFIA squadmate Lil’ Cease was talking about it, as Biggie realized Jay-Z shouldn’t be taken lightly.

“Big met him at the Palladium and they just became friends over a few gs*** because they respected each other as men and they respected each other as artists,” Cease told DZA in a 2016 Instagram Live with Smoke. “Big wasn’t afraid to say that; big thought [Jay-Z] was better than him. Big used to say, “Yo, that n**** is cuter than me.” …when Jay-Z said that line to ‘Dead Presidents,’ ‘N****, keep my kneecaps cold / N*** *believe that,’ Big said, ‘Yo, he got me’.”

For his part, Jay-Z was equally impressed with Biggie’s skills. “I remember when he did it life after death and he sent me four songs at the demo stage,” he recalled aloud It was all a dream. “I was like, ‘Oh my God! We have a problem!’ I was happy for him and angry for myself. I was a little worried about myself as an artist.”